New Hampshire is home to 11 different species of snakes that live amongst its beautiful woodlands, forests, beaches, and mountains. Don’t worry though, most of these snakes are completely harmless, and they are vital to the ecosystems in the state.

There are many reasons that the timber rattlesnake populations in New Hampshire have declined so drastically over the years. As human development has increased, these snakes are continually losing their natural habitat. In addition, due to fear and fascination of rattlesnakes, timber rattlesnakes are prime targets for human persecution and poaching for collectors.

Another issue for timber rattlesnakes in New Hampshire is a nasty snake fungal disease. Fortunately, scientists began tracking the disease in rattlesnakes in the state back in 2006, and today they treat any snakes they find that may have lesions on their faces and bodies.

Timber rattlesnakes in New Hampshire are large and have heavy bodies with keeled or ridged scales that give them a rough texture. Their heads are shaped like large triangles, and they have elliptical pupils and heat-sensing pits between their nostrils and eyes. Most timber rattlesnakes in New Hampshire are black or very dark brown, with brown crossband patterns along their backs. Some snakes, however, have very few patterns that are hard to see. Others will have a brown or rust-colored stripe running along the middle of their backs as well.

Most timber rattlesnakes you see will have a large, blunt-tipped rattle at the end of their tails. These rattles build up each time the snake sheds, adding an additional keratin segment that contributes to the iconic “rattling” sound of a rattlesnake. However, baby rattlesnakes are born with only one segment or “button”, and occasionally rattles or parts of rattles can break off.

Where Are Timber Rattlesnakes Found in New Hampshire?

There is only one extant population of timber rattlesnakes left in New Hampshire, so it is not likely that you will see too many of these snakes. As cold-blooded reptiles, timber rattlesnakes use the sun to warm and regulate their body temperatures, and often spend time sunbathing on rocky ledges and outcrops. During the summer these snakes typically live and hunt in rocky, forested areas or wooded hillsides. However, during the winter timber rattlesnakes hibernate or brumate in deep rock crevices, usually from November until May.

Other Snakes That Can Be Confused for a Timber Rattlesnake

While there are very few timber rattlesnakes left in New Hampshire, there are a number of other nonvenomous snake species in the state that are commonly confused for rattlesnakes. Here are a few examples:

One of the most common snakes found in New Hampshire is the common garter snake. These snakes live all throughout the state on hillsides and in woodlands, wetlands, urban areas, and backyards. They commonly hide and seek shelter under stumps, logs, rocks, trash piles, and sheet metal as well.

Common garter snakes grow between 18-26 inches and have very thin, slender bodies. They come in many different colors, but usually there are three long stripes running vertically down their bodies: one in the middle of their backs, and one of each of the snakes’ sides. These stripes are usually green, brown, or yellow, and some snakes also have black dots running between the stripes.

Found all over New Hampshire, except for in the far northern areas of the state, the eastern milk snake is a harmless animal that is often confused for a rattlesnake or coral snake. These snakes, however, have slender gray bodies ranging between 24-36 inches in length, with distinct reddish-brown or red blotches along their backs.

Their bellies have a white and black checkerboard pattern on them as well, and some snakes will have a light-colored “Y”-shaped mark on the top of their heads. Eastern milk snakes commonly live in woodlands, farmland, rocky hillsides, fields, barns, and even old basements that have stone floors or foundations.

Another nonvenomous snake that is commonly mistaken for a rattlesnake is the northern water snake. These snakes live mostly in the southern half of New Hampshire in marshes, swamps, ponds, and streams. In fact, it is extremely rare to find a northern water snake far from water.

Northern water snakes have large, dark bodies that grow between 24-42 inches long, with heavy blotched patterns. However, as snakes get older, these patterns become harder to see. Their bellies are patterned with red or black half-moon shapes.

Another Species of Special Concern in New Hampshire is the black racer snake. These snakes are scattered through southeastern regions of New Hampshire and typically live on rocky ledges or in woodlands, dry and brushy pastures, and powerline corridors. Black racer snakes are on the longer side, growing 36-60 inches in length with slender bodies.

Unlike timber rattlesnakes, however, black racers have smooth, glossy scales and are black on top and underneath. The only other color on these elegant snakes is a white patch on their chins and throats. Young black racer snakes, however, are a lighter gray color and have red or brown patches along their backs. 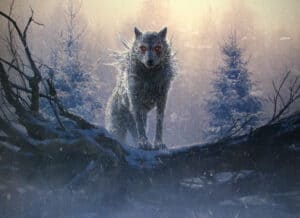 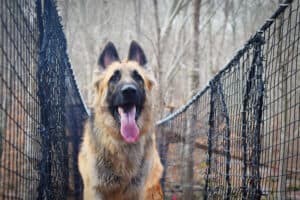