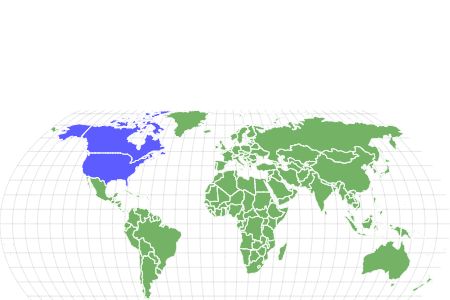 Color
Skin Type
Scales
Lifespan
9 years in captivity; unknown in the wild
Length
2 feet 3.5 inches to 4.5 feet, including the tail

View all of our Northern Water Snake pictures in the gallery.

View all of the Northern Water Snake images!

Where To Find Northern Water Snakes

The location of northern water snakes’ habitat range is in eastern and central North America. They are especially plentiful in southeast Canada and the northeastern United States. Making their habitat on riverbanks and near lakes, they use beaver and muskrat dens for shelter. They come out after their winter hibernation, where they socialize during the spring and fall and are solitary during the summer. The mating season is from April through June.

There are four subspecies of common water snakes, including the northern water snake. The other three are as follows:

According to the IUCN, the northern water snake population is stable and listed as Least Concern. A subspecies called the Lake Erie watersnake was threatened in 1999 due to being killed by humans, habitat loss, and degradation. However, the invasive species of the round goby was introduced, becoming up to 90% of its diet, and the snake recovered enough to where the United States Fish and Wildlife Service removed its threatened status in 2011.

Because of its superficial appearance of a medium to large size, thick body, dark blotches, and being aquatic, the northern water snake is often confused for the venomous cottonmouth and the copperhead, although it is nonvenomous. It is also confused for the nonvenomous brown water snake and the banded water snake. Hence, identification is through physical features and relative size rather than colors. Identification from the cottonmouth comes from the northern water snake’s longer, thinner body, a flat head as wide as the neck, round pupils, and lack of heat-sensing pits, fangs, and venom glands.

How to identify northern water snakes:

These snakes do not go after humans and attack them unless they are threatened or handled. They are neither poisonous nor venomous, but the facts about them show that they release a strong-smelling musk and have powerful jaws that can give harsh bites over and over. It also releases an anticoagulant that makes the wound bleed a lot. If you are bitten by one, treat the wound and seek medical attention if the bite is severe or develops an infection.

During the winter, northern water snakes go into hibernation. People often find them sunbathing on rocks, tree stumps, and brush during the warmer months. They are active both during the day and night. It does not seek confrontation with people and other animals but will aggressively bite if threatened or handled. Some people enjoy these snakes for being a form of biological pest control.

What's the difference between a northern water snake and cottonmouth?

Identification of this snake is done through its size, range of colors and patterns as well as physical features which distinguish it from non-venomous snakes. It is 2 feet 3.5 inches to 4.5 feet in length including the tail. Although its body can have various colors, it usually has dark splotches if it is not completely black. It has crossbands on its neck and crescents on its belly. Its head is flat and the same width as its neck, it is thinner than the cottonmouth, and lacks fangs as well as heat-sensing pits.

How do I catch a northern water snake?

It is best to find the location of its habitat range and catch the snake during or right after hibernation when it’s sluggish. Most people use glue traps or catch them with their bare hands, although they have a high risk of getting bites.

What position in the food chain is the northern water snake?

The location of the snake is between being one of the predators and a prey reptile. Baby snakes are particularly vulnerable to being prey and having short lifespans if they are eaten, but their lifespan in the wild is unknown. Their predators are larger snakes, snapping turtles, raccoons, opossums, and foxes.

No, they are neither poisonous nor venomous.

Where are northern water snakes found?

They are native to eastern and central North America but are especially plentiful in southeast Canada and the northeastern United States. They are active during the day and night and go into hibernation during the winter, but they are often found in and near bodies of water including lakes, rivers, and marshes.

Their lifespan is nine years in captivity, but they are not recommended for first-time snake owners because they are large and have an attitude.

How do northern water snakes hunt?

They are not poisonous, but are ambush predators. During the day they hunt along the water’s edge in plants, and at night they hunt small fish sleeping in shallow water.

Yes, they are very aggressive but only if they feel threatened or are picked up.

What do northern water snakes eat?

Their diet is carnivorous, consisting of Fish, amphibians, smaller or baby reptiles, rodents, small mammals, and invertebrates. They are ambush predators to smaller creatures but prey to larger ones.

What is the difference between a copperhead and a northern watersnake?

The major difference between these two snake species is their venom- or the lack of it. American copperheads are venomous and although they aren’t regular killers, several people have been reported to have lost their lives from their bites. Northern watersnakes, on the other hand, are entirely nonvenomous and are less dangerous than copperheads to humans. 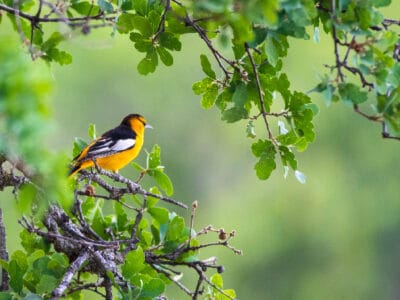 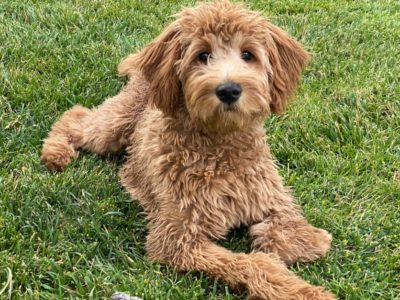 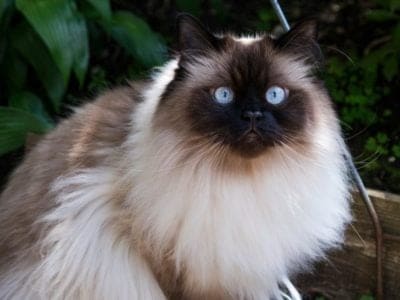 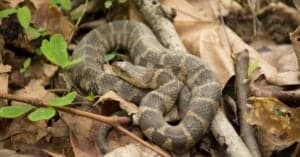