Discover The Largest Bull Shark Ever Caught in Florida

Bull sharks (Carcharhinus leucas) are a species of shark known for their aggressive behavior. They possess the ability to swim in both saltwater and freshwater environments. The bull shark are in the coastal waters of many countries including the United States, Brazil, South Africa, and Australia. They have been spotted as far as 2,500 miles up the Amazon River and have traveled up the Mississippi River all the way to Illinois! In 2013, two 8-foot long, 300 pound bull sharks were caught in the Potomac River near Point Lookout State Park, about 80 miles southeast of Washington, D.C.

In some countries, including the United States, they are a game fish and sought after with rod and reel from shore, piers, or boats. They are one of the most dangerous shark species to humans. This is due to their proximity to shore and tendency to swim in shallow waters. Bull sharks can be aggressive towards humans. They may have been responsible for the Jersey Shore shark attacks of 1916, which inspired the novel Jaws, by Peter Benchley, and subsequent blockbuster horror film.

Scary stuff . . . but read on to discover the astounding weight of the BIGGEST bull shark ever caught, and learn more about the environmental role of this predator and its future as a species.

Description of the Bull Shark

Bull sharks have a stocky and robust body, with a broad and rounded snout. They are typically gray or gray-brown in color and have a white belly. Bull sharks are opportunistic hunters and feed on a variety of prey, including fish, crustaceans, and mammals. They are able to consume large prey and can bite through the shells of crustaceans and mollusks. Bull sharks are capable of being cannibalistic; that is, eating others of their own species. They give birth to live young, about 2 feet long at birth. In size an adult bull shark averages 7-11.5 feet long and 200-500 pounds.

Bull sharks are often present at shark-feeding events for tourists to observe in the Caribbean. They are also frequently living in large indoor aquariums for public viewing. They do better in captivity than some other species, especially given their adaptability to different saline levels.

The largest bull shark ever caught in the state of Florida far exceeded this weight, at an estimated 1,000 pounds and about 10 feet long. It was captured in 2012 in the Florida Keys by University of Miami researcher Neil Hammerschlag and a colleague. In this species, females tend to be larger than males, so as expected, this record-smashing specimen was a lady. The researchers tagged her and returned her to the wild, where they can continue to track her movements, and her growth.

Internationally, the largest bull shark caught on rod and reel weighed 771 lb. 9 oz. It was caught near Cairns, Australia.

Environmental Role of the Bull Shark

Though bull sharks may seem frightening, they serve an important role in the environment. They are apex predators. They feed on other creatures without also being prey, except to humans. As such, they help keep the populations of fish and other marine species in check. This is especially useful in areas with threats from invasive species. The black carp has invaded the Mississippi River and threatens its ecological balance. Bull sharks are also scavengers, consuming the remains of dead animals in the river. This is a useful cleanup function. Particularly after floods when a higher number of terrestrial animals being swept into river systems.

Some countries allow fishing for bull sharks. This species is considered “near threatened.” They are hunted for their fins (for shark fin soup), skin, and liver oil. Sometimes they are caught up in fishing nets or hurt by boat propellers by accident.

Since they live near coasts and in river systems, they are at greater danger of pollution and loss of habitat than other shark species. Coastal development sometimes involves destruction of mangroves, estuaries, and marshes, which removes breeding and feeding areas. Water pollution, such as the discharge of chemical and industrial waste, can also have a negative impact on bull shark populations. It reduces the quality of their habitat and making it more difficult for them to find food. Climate change is another environmental issue that affects bull sharks. Warmer waters and changes in salinity levels can have an impact on their reproduction and distribution.

The environmental impact of human activities on bull shark populations is significant. Some ways to mitigate this include sustainable fishing practices, protection of important habitats such as mangroves and estuaries, and water pollution control. Long-term coexistence with this species requires human protection from sharks. Also, sharks receive protection from humans. 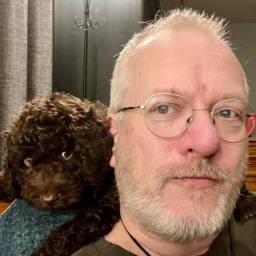 I'm a freelance writer and a lifelong animal lover. I've traveled the world, but the high point for me was riding an elephant in Nepal. Currently I'm an "Emotional Support Human" to 3 dogs, 1 cat, and 3 guinea pigs. My favorite wild animal is the quokka, the most selfie-friendly animal in the world.

How big was the largest bull shark in Florida?

The largest bull shark ever caught in the state of Florida far exceeded this weight, at an estimated 1,000 pounds and about 10 feet long. It was captured in 2012 in the Florida Keys by University of Miami researcher Neil Hammerschlag and a colleague.

What are bull fish hunted for?

Although some countries allow fishing for bull sharks, this species is considered “near threatened.” They are hunted for their fins (for shark fin soup), skin, and liver oil. Sometimes they get caught up in fishing nets or damaged by boat propellers by accident.