One of the largest and most deadly birds of prey is the eagle. Known as the “king of all birds,” they are truly majestic animals. It’s no wonder the United States chose the bald eagle as its national bird. The eagle has continued to symbolize freedom, power, and greatness.

As one of the most admired and well-protected birds, you may have always wanted to learn more about them! If that’s the case, then stick around. We’ll explore the eagle lifespan and uncover just how long eagles actually live.

Everything To Know About Eagles

Did you know that there are over sixty species of the eagle? They are a part of the family Accipitridae, which includes a large number of diurnal birds of prey. The majority of eagle species are found in Eurasia and Africa. Only 14 species can be found outside of this region: two in North America, nine in Central and South America, and three in Australia.

What makes eagles so fascinating is how powerful they truly are. They are one of the strongest and most fierce hunters in the entire animal kingdom. They have even been known to consume large prey such as monkeys and sloths. Compared to humans, they have a vision four to eight times greater. Even though most eagles only weigh around 10 pounds, their eyes are actually the same size as a human’s!

How Long Do Eagles Live?

Eagles have an average lifespan of 14 to 35 years in the wild, depending on the species. They have a particularly long lifespan when compared to the lifespans of other birds. This is thanks to them being apex predators.

Although eagles live longer than most other birds, the bald eagle was at risk of extinction nearly 40 years ago due to pesticides and hunters. However, thanks to government protections, bald eagles were removed from the endangered species list back in 2007.

Now that we’re more familiar with the eagle lifespan, let’s dive into their life cycle and see how life begins for this incredible hunter.

From the bald eagle to the golden eagle, the life cycle of these birds doesn’t vary much. Here are the stages of how the eagle’s life begins:

Eagles will build their nests in tall trees or steep cliffs. The female eagle will then lay anywhere between two to four eggs. She sits on the nest to keep the eggs warm for roughly 40 days. This gestation period might range from 30 to 50 days depending on the environment. During this time, male eagles will collect small animals to feed the female while she sits in the nest.

Once the eggs hatch open, the survival of each baby eagle becomes dependent on the order that they hatched in. It might seem unfair, but the first hatchling has an advantage over its siblings. This hatchling will develop faster and will hunt more effectively. Eaglets that hatched after the first one may go hungry if they are not tenacious enough to hold their own.

Young eagles will continue to live in their mother’s nest for 10 to 12 weeks before they “fledge” or leave the nest for the first time. This time period allows them to become fully feathered and grow in size so that they can start hunting for food. Despite leaving the nest for the first time to hunt, the eagles are still not old enough to live on their own yet. They will return to the nest and continue to learn hunting tricks from their parents. At about 120 days after birth, the eagles will finally be old enough to become independent.

Once they are old enough to leave the nest, the eagle has entered its juvenile stage. Even though it is old enough to be on its own, there are still a lot of things for it to be concerned about. Many eagles have the highest mortality rates around this stage of life. Once they are self-sufficient, juvenile eagles move to establish a winter home. They don’t have to migrate if the prey is plentiful, but they do have to scatter to locate a large enough region to maintain them. In the next four to five years, the eagle will finally become an adult. Until then, they will occasionally return to their mother’s nest.

Once four to five years have passed, the eagle is finally an adult. At this point, the eagles will begin to search for their mate. Eagles establish lifelong mating couples and build massive nests to continue the eagle lineage.

What Factors Impact The Eagle’s Lifespan?

As apex predators, eagles do not have many natural predators. In fact, for the longest time, the eagle lifespan was threatened by humans. Humans almost hunted the bald eagle into extinction and many humans have begun to deteriorate their natural habitats as well. Without tall trees available for them to perch and nest on, bald eagles are not able to set up nests and continue to lay eggs. Chemical fertilizers and pesticides have also impacted the bald eagle’s lifespan as these chemicals accumulate in the food chain that they eat from. Efforts have continued to be made to lessen the use of these chemicals. 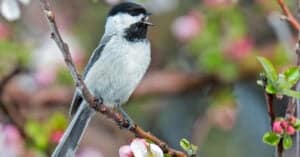