How Old is the Grand Canyon?

The Grand Canyon is one of the seven natural wonders and one of the most iconic places of the world. It is located in the state of Arizona in the United States. The canyon was carved by the Colorado River, which flows all the way from the Rocky Mountains. The formation is 277 miles long, 18 miles wide, and over a mile deep. These are the numbers that everyone wants to know about the Grand Canyon, but there are not many who wonder how old it is.

Age is a crucial factor, especially for those interested in more than just the aesthetic aspect of such natural formations. Therefore, if you’ve already read everything there is about the Grand Canyon’s flora, fauna, and recent history, it’s now time to learn more about its age and how it came to be, among other things.

How old is the Colorado River?

According to research, this river is around 6 million years old. It was formed by the rushing waters coming from the Rocky Mountains, the same waters that helped with the formation of the Grand Canyon.

Water from the Rocky Mountains carves rock wherever it flows. While the Colorado River expands or grows, so do the canyons and areas it passes through. Creating the river and the nearby canyons is a constant and undergoing process.

This aspect is what makes pinpointing the actual age of the Grand Canyon a difficult task. Considering the natural action of the Colorado River on the surrounding canyons, it can be said that each canyon is as old as the river itself. However, that’s not entirely correct, as you’ll see below.

How old is the Grand Canyon?

The Grand Canyon is around 6 million and 70 million years old. Two aspects are taken into account – when water started carving away the rock of the Grand Canyon and when the mentioned rock began to cool off.

Then, rock carved by the water rushing down from the Rocky Mountains must also be considered. Whereas the oldest parts of the canyon are essentially old hot rock that cooled down, so to speak, the newer parts are five to six million years old. They mark the time when the Colorado River began carving the canyon.

The river carved a single canyon of approximately 4,000 feet deep in the first two million years. Then, in the next three to four million years, the constant erosion made the canyon longer, wider, and deeper. This canyon represents the initial shape of the Grand Canyon.

Is the Grand Canyon older than dinosaurs?

Of course, the Grand Canyon was significantly different during the time of the dinosaurs. The canyon’s look as we know it today started being shaped only when the water from the Rocky Mountains started pouring down, heading west to the Pacific, eventually forming the Colorado River.

How did the Grand Canyon form, and how long did it take?

The Grand Canyon consists of five segments: Marble Canyon, the Eastern Grand Canyon, Muav Gorge, the Westernmost Grand Canyon, and Hurricane. Only Hurricane is said to have been wholly carved around 70 million years ago when the Colorado River was not flowing yet.

The eastern Grand Canyon is about 15 to 20 million years old. According to scientists, it’s been carved only halfway through. The three other segments, representing 80% of the Grand Canyon, are the only segments formed by the Colorado River. This process occurred in the past five to six million years.

The formation process of the Grand Canyon started around 70 million years ago, and it’s still going on. As water carves the canyon’s rock, the apatite crystals within it cool off, thus creating the canyon walls. If water hadn’t started carving the Grand Canyon back when dinosaurs were still alive, we probably wouldn’t have this natural wonder to look at today.

It is worth noting that the Colorado Plateau, where the Grand Canyon now sits, was formed two billion years ago. Its formation is attributed to a collision between two layers of the planet’s crust.

Facts about the Grand Canyon that you should know!

Are you looking for quick facts and bits about the Grand Canyon and its age? Well, this section is just the spot for you!

Why is it so difficult to determine a canyon’s age?

Canyons are formed through erosion. This is a process during which the water flow carves away the rock in a specific area, leaving behind a canyon-type formation. One of the main reasons why determining a canyon’s age is such a complex process is because the process of erosion eliminates the area’s rock record.

There is no physical evidence of the carving – only what’s left after it. The landscape or landform created through erosion could be, let’s say, 10 million years old. However, the rock that has been carved away in time could be much, much older.

What's the widest spot on the Grand Canyon?

The widest spot on the Grand Canyon measures 18 miles across. It can be viewed from Lipan point.

What are some unexplored canyons?

Both Greenland and Antarctica have massive canyons which could be even larger than the Grand Canyon itself! For example, a canyon in Greenland is as deep as the Grand Canyon and stretches the equivalent of between Washington D.C. and New York. These canyons were only recently discovered! 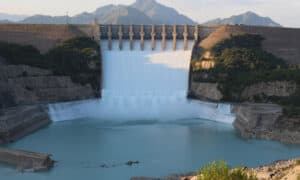 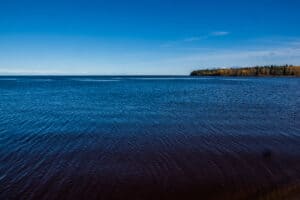 The 15 Biggest Lakes in Canada

A Patterdale Terrier’s small body structure allows it to squeeze into fox burrows.

The 5 Best Pet Odor Eliminators for 2022 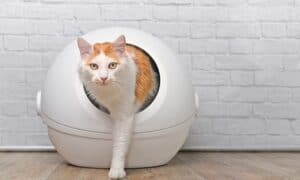 Discover the “Grand Canyon” No Person Has Ever Set Foot In 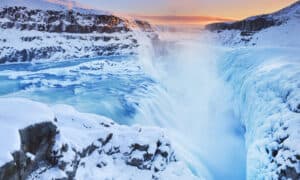 The 15 Biggest Lakes in Canada