The Longest Living Animals: From 188 years to Immortal!

The oldest human lived to be 122 years (and 144 days) old. Their life spanned the entirety of the creation of the skyscraper, two World Wars, and the Cold War. That’s a long time!

Yet, that lifespan is still well below Jonathan, the tortoise. Jonathan hatched in 1832 making him 188 years old and the oldest (known) living terrestrial animal!

Some unexpected creatures can live anywhere from 500 to 10,000 years, and some may even be “functionally immortal!” Let’s dive into the longest living animals on Earth!

To find the really long living animals, you need to look to the seas. The longest living freshwater fish is the bigmouth buffalo (Ictiobus cyprinellus). A study run between 2011 and 2018 used carbon dating across hundreds of the species and found a “grandma fish” that lived to 112 years old!

That’s about 40 years longer than any other freshwater bony fish! Yet, the seas produce even older animals!

The deepwater rougheye rockfish lives along the bottom of the ocean at depths up to 1,500 feet. At these levels waters are quite frigid and adaptations to these depths allow the rougheye to live an estimated 205 years!

Additionally, freshwater fish can have an average lifespan of between 1 to 10 years. This also depends on species, population predators, and humans. Species such as the fantail guppies and rainbow fish can live up to 3 years old. However, other species of fish such as angelfish can live up to 10 years and the sunfish is documented to live up to a staggering 15 years.

How long do whales live? Over 200 years!

A fish that can live 200 years is impressive, but its lifespan may not reach the level of the longest lived whales!

A 1999 study in the Canadian Journal of Zoology estimated that Bowhead whales can live more than 200 years! That makes them not just the longest living whale, but also the longest-living mammal on Earth!

A recent study from CSIRO — Australia’s national science research agency — used Bowhead whale DNA to predict their genetic ‘clock’ and found the species could live up to 268 years old.

Greenland sharks are the apex predator of frigid Arctic coastal waters and can grow to be longer than great white sharks, reaching 24’ in size.

But, that’s not what makes this species so impressive.  Instead a recent study from the University of Copenhagen discovered a Greenland shark they estimated (with 95.5% certainty) to be between the age of 272 and 512 years of age.

Establishing a mid-point puts the shark’s estimated birth year at… 1627! This makes the Greenland shark the longest-living vertebrate on Earth.

Take a look at this amazing video which records the oldest Greenland shark in the world! In general, Greenland sharks live hundreds of years and spend their lives swimming about in constant search of a mate. The reason for their longevity is thought to be linked to the cold waters they inhabit and their slow metabolisms.

The oldest living creatures: 500 years and beyond!

Imagine being born in 1499. That would be just seven years after Christopher Columbus sailed to the ‘New World.” It seems almost unimaginable, yet one animal that was recently discovered was born on this exact year!

Ming the clam was dredged off the water of Iceland in 2006. Shells have growth lines that allowed for an estimate of Ming’s age, which put this quahog clam at a birth year of 1499. Add it up, and Ming lived to be 507 years old!

The truly oldest known living creatures in the sea are corals and sponges. A 2016 Penn State study published in the Journal of Molecular Ecology found corals off Florida that were more than 5,000 years old!

And sea sponges — another living creature on sea bottoms — can live even longer! The sponge, Monorhaphis chuni, grows to 10 feet tall, and scientists have estimated their lifespan at 11,000 years!

Several types of animals posses states of “biological immortality,” meaning their mortality rate does not increase after reaching maturity.

Theoretically these animals could live for incredibly long periods of time, but their lifespans are often cut short by other factors.

For example, lobsters are functionally “biologically immortal.” That is, they continue to grow throughout their entire life and theoretically wouldn’t pass away from “old age.”

However, lobsters generally pass away before reaching extreme ages that surpass most humans. The reason: as lobsters age the energy required to molt — or shed — their exoskeleton becomes greater and greater. Eventually, it takes up so much energy they simply stop molting, or pass away from the process.

Since lobsters never stop growing, generally the larger a lobster, the higher its age! A lobster discovered in 2009 named “George” weighed in at 20 pounds and was estimated to be 140 years old.

Another animal with “biological immortality” is Turritopsis dohrnii, a jellyfish that spawns genetically identical copies of itself!

When presented with threats the jellyfish “reverts” to its early polyp state. This polyp then produces a colony that’s genetically identical to the threatened adult!

Summary of the Longest Living Animals

Let’s review the animals that made the cut as living the longest on planet Earth:

Lentils vs. Beans: What are the Differences? 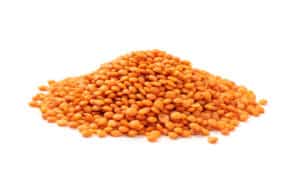