These fish can grow up to three feet long!

Click through all of our Rockfish images in the gallery. 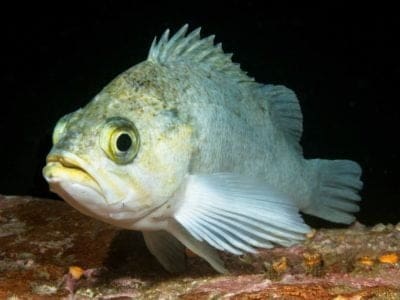 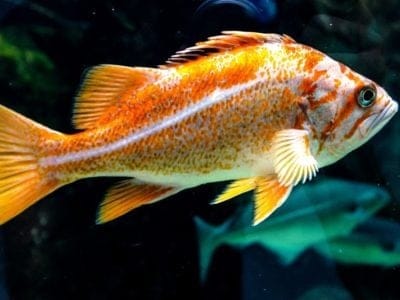 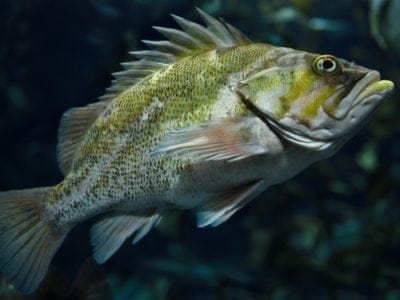 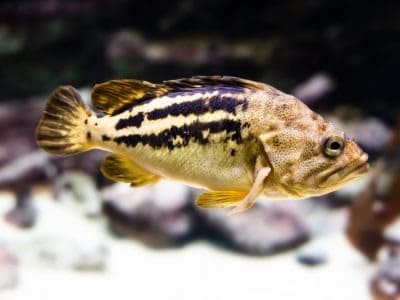 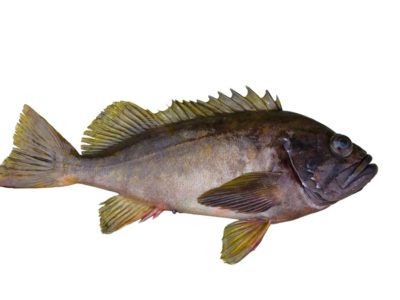 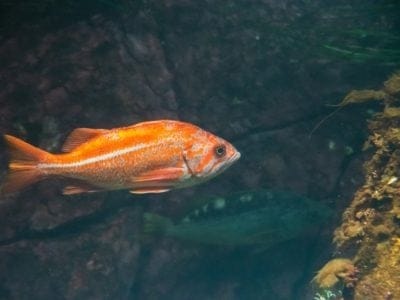 View all of the Rockfish images!

Rockfish come in a variety of colors like red, yellow, orange, black, and dark green.

Rockfish are a huge family of about 100 different species that come in various shapes, sizes, and colors. About thirty-two of these 100 fishes are found in the Gulf of Alaska.

These fishes can get huge and some of them can even grow up to three feet. They come in a variety of colors like red, yellow, orange, black, and dark green. Some of these fishes have poisonous spines on their dorsal fins.

These fishes can weigh anywhere from around 770 grams to 5.3 Kgs. They are viviparous which means that they give birth to hundreds and thousands of tiny live larvae after a process of internal fertilization.

They are usually fed on by harbor seals, salmonids, and lingcod. In turn, they feed on shrimps, crabs, and greenlings among other fishes.

These fishes are known to have long lives. Some of them are known to live for about 120 years. Some types of rockfish include rose fish, yelloweye rockfish, and deep-water redfish.

These fishes belong to the family Animalia and phylum Chordata. These fishes come from the class Actinopterygii and order Scorpaeniformes. They go by the scientific name Sebastes. These fishes also belong to a genus which is also named Sebastes.

The word Sebastes comes from an ancient Greek word – σεβαστός, or sebastós. It translates to mean “venerable” or “august.” Venerable means that something is owed respect for its age, character, or the wisdom it holds, which suits the rockfish well. Considering that the fish can live up to 140 years, this adjective describes it nicely.

There are about 100 different species of rockfishes. All of them come in different shapes, sizes, and colors. Out of the 100 different types, some types include rose fish, yelloweye rockfish, and deep-water redfish. Though these fish are genetically similar, they can look much different between each species. Understanding why they are different can make a big difference in fishing, cooking, and spotting them.

Some common rockfish species include:

These fishes are known to have large scales and they have spines on their heads. They also have gill covers and fins. Some of them have poisonous spines on their dorsal fins, which may have spots along them to differentiate between the species.

There are about thirty-two species of these fishes in the Gulf of Alaska. These fishes come in a variety of colors like black, green, orange, and red. Some of these fishes also have stripes and/or splotches on the body, helping anyone to get a better idea of which species they may have caught. Some fish even have striping.

These fishes are deep-water fishes and are usually found between 31 and 66 degrees. They are known to be found in the North Pacific, Bering Sea, and the Aleutian Islands. Besides that, these fishes are also found in California and San Diego. In the Gulf of Alaska, there are about thirty-two rockfishes.

In 1997, there were more than 400 million rockfishes around the world. Currently, they have been declared to be not extinct. There are several types of rockfishes. Some of them include rose fish, yelloweye rockfish, and deep-water redfish.

Like almost all other living creatures, these fishes are an important part of the ecosystem and are preyed upon by several predators. Though they are aggressive with crustaceans, they also experience their fair share of predators.

What Does the Rockfish Eat?

To get enough nutrition in their body, rockfish seek out crabs, shrimp, greenlings, and Pacific herring in their diet, depending on what is available within their habitat. Amphipods, which look much like shrimp, are another useful source of nutrients for rockfish and are predominantly found in freshwater.

The common predators of the rockfishes include harbor seals, salmonids, and lingcod. The China rockfish is hunted by much bigger animals, like dolphins and sharks, since they are an excellent source of protein.

All the fishes that make up the Rockfish clan are viviparous which means that the reproduction in these fishes occurs internally and the babies are born after internal fertilization.

The gestation period lasts up to several months after which the fishes give birth to thousands of babies or larvae – most of which are eaten by other fishes as they are carried away by the water currents across the seas and oceans.

These fishes live long lives, and some have even lived to be 140 years. Learn about the longest living animals here.

Rockfish in Fishing and Cooking

Rockfishes can very well be fished out cooked. They are known to have a mildly sweet flavor and a nutty crunch. Their flesh is mediocrely firm and has medium-sized flakes.

The most classic way to prepare this fish is with fresh herbs and lemon, much like you would prepare salmon. However, being a saltwater fish, some people compare the flavor to that of striped bass or ocean perch.

Where are rockfish found?

These fishes are found in the Bering Sea, North Pacific, and the Aleutian Islands. Besides that, these fishes are also found in California and San Diego. In the Gulf of Alaska, there are about thirty-two rockfishes.

What is rockfish similar to?

Rockfishes are similar to a host of fishes including rock cod, redfish, and striped bass.

Are Rockfish herbivores, carnivores, or omnivores?

Rockfish are Omnivores, meaning they eat both plants and other animals.

What Kingdom do Rockfish belong to?

Rockfish belong to the Kingdom Animalia.

What phylum do Rockfish belong to?

Rockfish belong to the phylum Chordata.

What class do Rockfish belong to?

Rockfish belong to the class Actinopterygii.

What order to Rockfish belong to?

What type of covering do Rockfish have?

Rockfish are covered in Scales.

What are some predators of Rockfish?

Predators of Rockfish include harbor seals, salmonids, and lingcod.

What is the lifespan of a Rockfish?

Rockfish can live for up to 120 years.

How many species of Rockfish are there?

There are 100 species of Rockfish.

What is a distinguishing feature of the Rockfish?

How many Rockfish are left in the world?

There are more than 400 million Rockfish left in the world.

What is an interesting fact about Rockfish?

Rockfish can grow up to three feet long!

How do Rockfish have babies?