Monkey Feet: Everything You Want To Know

Written by Janet F. Murray
Published: August 16, 2022
© iStock.com/damien calmel
Share this post on:
More Great Content:
9 Monkey Breeds That People Keep as…
Not My Circus, Not My Monkeys: Meaning…
The 10 Smallest Monkeys in the World
The World's 10 Largest Monkeys
What Do Monkeys Eat? Their Diet Explained
Monkey Lifespan: How Long do Monkeys Live?

Characteristics of Primate’s Hands and Feet

The majority of primates have five digits on their hands and feet. The only ones which do not have five digits are spider monkeys, woolly spider monkeys, and colobus monkeys. These three species have either lost their thumbs or have reduced thumbs. This physical feature is an evolutionary development that appears to support their movement. So, experts believe this evolution helps them grip objects with their prehensile hands and feet.

All primates that have thumbs have opposable thumbs. An opposable thumb is a thumb that can move freely and independently. This mobility allows primates to grasp something. But the range of precision and development of this grasping ability varies between species. For instance, baboons have highly developed opposable thumbs in comparison to people. So, apes have shorter thumbs, while their other digits are longer, meaning they rely on their long fingers for most of the gripping power and control.

Some of the most popular old-world monkeys are:

Most old-world monkeys live in the tropical and equatorial zones and northern parts of Africa or southern Asia, China, and Japan. Old-world monkeys share various characteristics. For example, their tails are not prehensile, so they cannot use them as another limb to grasp things. Their nostrils are close together and point downward. They have 32 teeth, cheek pouches where they can store food to eat later, and thick pads on their buttocks that provide additional support when sitting.

Some of the most popular New World monkeys are:

Most new world monkeys inhabit the tropical areas of southern Mexico to central South America. New world monkeys share a range of characteristics like their older relatives. But unlike their older relatives, new world monkeys have prehensile or partially prehensile tails. So they use them as an extra limb to grasp trees and balance themselves. They also have more slender bodies and limbs, narrow hands, and noses that are flatter and point outward. Another distinction is that they have 36 teeth but don’t have cheek pouches or buttocks pads.

The Trade of Monkey Feet and Hands

Some hunters and poachers target monkeys for their hands and feet. Because of this practice, chimpanzees and gorillas in Cameroon are now endangered and protected. Still, poachers continue to target these apes for their body parts. Poachers sell gorilla and chimpanzee bush meat, leaving behind the heads and limbs to rot. But in recent years, poachers are discarding most of the flesh in favor of trading ape heads and limbs. Most of the trade occurs between Cameroon and Nigeria, where individuals use these body parts in traditional medicines and local practices. Despite Cameroon having strict anti-poaching laws where the poachers could get one to three years imprisonment or a fine of up to $20,000 and time in jail, these practices continue.

Macaques, commonly found in Africa and Asia, are killed for their hands, feet, and meat. However, many of these monkeys can be bought at markets and found on restaurant menus.

The Differences Between Human Hands and Monkey Hands

Many people think that human hands are more advanced than monkeys, and they are in many ways. Still, a study shows that several aspects of the human hand are anatomically primitive. And, some apes, like chimpanzees, have hands that are more advanced than ours. Besides, people and chimpanzees share a common ancestor, or at least share DNA, but our hands and feet differ. For example, our hands have longer thumbs and shorter fingers, while chimpanzees’ hands are the opposite.

Scientists have long thought that human hands evolved from a common ancestor. However, now they believe that our hands have changed very little over the centuries.

Scientists also thought that chimpanzee hands evolved to their current state in being able to climb and swing in trees. One theory suggests this physical characteristic means that a longer thumb and shorter fingers are a more primitive version of the human hand. However, human hands did evolve and adapt to possess advanced precision grasping. Scientists also argue that human hands did not have to develop as much as the hands of chimpanzees because of human neurological evolution. In other words, people could plan and better coordinate hand movements, which did not require our hands to change shape. 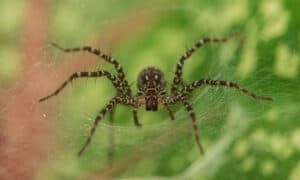