Muskie – or muskellunge, to give them their proper name – and pike are easily mistaken for each other as they are both large, carnivorous fish.  Both are ambush predators and eat anything virtually anything they come across.  They even look pretty similar so it’s easy to think they’re the same fish even though they’re actually not.

So, just how alike are they really?  Well, for a start, one is bigger than the other.  They also have different shaped tails, and one has more sensory pores than the other.  One has light spots on a dark background, while the other has dark spots on a light background.  In a comparison between muskie vs pike, which is the mightier fish? Join us as we explore all of the differences between these fierce fish.

Muskie and pike are both freshwater fish and apex predators and, at first glance, there is very little difference between them.  However, when we look closer they are not exactly the same.  In fact, there are some key differences between them, including some which make it easy to tell exactly which is which.

The 5 Key Differences Between Muskie and Pike

One of the key differences between muskie and pike is the difference in their size.  Generally, muskie are much larger than pike and are between 28 and 48 inches long.  Pike are usually between 16 and 22 inches long, although extremes of up to 60 inches have been recorded.

Pike are found all over the Northern Hemisphere, particularly in eastern Europe, Canada, and the US.  They can live in much shallower water than muskies and are generally found in streams or shallow lakes.  However, they are sometimes found in brackish water.  Muskies, on the other hand, are native only to North America.  Both fish prefer areas where there is plenty of weeds and vegetation in the water and rocky areas.

The most distinguishable difference between muskie and pike is the difference in their color.  The easiest way to remember it is that muskies have dark spots on a light background, while pike have light spots on a dark background.  Muskies are light silver, brown or green and have dark spots or stripes on their flanks.  Pike are dark green with yellow or white bellies and have light colored spots on their flanks.

Both muskie and pike have sensory pores on their lower jaw which are used to detect movement, vibration and water pressure.  However, the number of sensory pores that they have differs.  They look like small holes which makes them easy to count.  Pike have six pores or less on each side of their jaw while muskie have seven or more on each side.

Another key difference between the two is the appearance of their tail fin.  Pike have fairly rounded caudal fin lobes while muskie have much more pointed lobes.  The same goes for their second dorsal fins – pikes have rounded dorsal fins while muskies have sharp and pointed ones.

Are muskies and pike from the same family group?

Yes, muskie and pike are both from the family group Esocidae which includes pikes, pickerels, and mudminnows.  They are also from the same genus Esox.

Can muskie and pike live together?

Yes, there are areas in North America where both muskie and pike are seen and caught in the same area.  The main places they coexist are the Great Lakes, St Lawrence river, and Lake Wibagoon.  Areas where both muskie and pike are found together are generally large enough that there is plenty of prey to sustain both of them without there being any need for competition over food.

Do muskie and pike have any predators?

No, they don’t have any significant natural predators.  Muskie are considered to be apex predators although other muskies, pike, and trout occasionally prey on juveniles.  Like muskies, pike are an apex predator and us humans are their main threat.  However, otters, other fish, and some birds of prey sometimes prey on youngsters.

Do muskie and pike eat the same things?

Yes, muskie and pike have similar diets.  Both are the top predators in their habitats and hunt by lying in wait and then ambushing their prey with a devastating burst of speed.  Muskie and pike both eat virtually any fish that they come across as well as small mammals, birds, and occasionally insects. 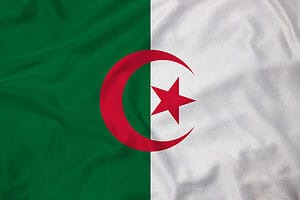