While the International Cat Association recognizes 71 unique breeds of cats, these purebreds only represent about 5% of the overall cat population. Taking those numbers into consideration, it’s easy to understand why cats of specific breeding can cost thousands of dollars. But if the facts tell us that legitimate cat breeds only make up a sliver of the overall house cat population, the facts also tell us that some of these cat breeds are rarer than others. Cats typically haven’t been bred for the huge range of work tasks that dogs have, but genetic mutations have led to some strange differentiation among the cat breeds. Here are ten rare types of cats along with the facts behind what makes them unique and the factors that made them such exotic and rare cat breeds in the first place.

If you didn’t know better, it would be easy to mistake the Bombay for a miniature version of wild cats — but while this house cat may look like a tiny panther, the facts show us that it doesn’t carry the DNA of wild cats any more than other domesticated breeds. Instead, the aesthetic of Bombay was specially bred from black domesticated shorthairs and sable Burmese cats. Bombay also distinguishes itself from wild cats like the jaguar thanks to its sociable nature.

They combine the curiosity of a monkey with the affectionate and loyal sense of play you’d find in a domesticated dog. The result is a cat that’s sometimes alarmingly clever but also one that loves to burrow under the covers and share body heat with its human companions. Part of this breed’s rarity can be traced to the fact that it’s only existed since the 1950s. Its name is a reference to its resemblance to the Indian jaguar, and the first Bombay was actually born in the United States in 1964.

The Bombay is all black, and you can learn more about this interesting hybrid breed here.

While they’re sometimes mistaken for a color variation of the Turkish Angora, the Turkish Van is actually its own rare breed with its own distinct lineage and a history longer than the average house cat breed. While they proliferated throughout Iran, Iraq, and Turkey in ancient times, they wouldn’t be introduced to Europe until the Crusades and wouldn’t reach America until the 1950s. These rare types of cats can credit their unique appearance to the piebald gene: a rare gene that expresses itself through a white fur base and colored markings that are primarily concentrated around the head and tail. The fur of this breed is both soft like cashmere wool and resistant to water despite being single-layered.

These are big cats with big personalities, and they distinguish themselves from the average house cat thanks to their love for swimming. Members of this exotic breed are mostly bred in Europe and the United States — and there are only about a hundred members of this breed born in the latter every year.

Maine Coons may be the most popular big cats to keep as pets, but the Norwegian Forest Cat — also known affectionately as the “wegie” — is a lovable and exotic long-haired breed that is often mistaken for the Maine Coon on passive identification. And while these cats are so big in part because of their fluffy coats, they’re capable of reaching heights of 22 inches and reaching healthy weights of 20 pounds.

As with the Turkish Van, these cats have developed water-resistant coats that allow them to tolerate swimming. The Norwegian Forest Cat is honored as the official cat breed of Norway — and they continue to be a popular breed there and in France and China despite continuing to be rare in the United States. As a result, you can expect to spend anywhere between $600 and $1,500 for a wegie in the United States.

You can learn more about this playful and exotic long-haired breed here.

4. Devon Rex: An Elfin Cat With a Cult Following

The enormous ears and expressively large eyes of the Devon Rex help make identification of this breed easier, but their vaguely grumpy faces contradict their reputation as bright, affectionate, and energetic pets that often remind pet parents of dogs more than cats. That’s because this elf-like appearance reflects a personality that’s perpetually kittenish. The Devon Rex craves regular companionship, but it returns that favor with plenty of praise to lavish upon its human friends.

And while their faces may make them unique, these exotic cats actually appear in a variety of different colors. Their wavy coat can manifest shaded, smokes, or pointed patterns in addition to solid colors. Their rarity means you might have some trouble finding the right combination of colors and patterns you want, but the typical Devon Rex kitten will cost anywhere between $600 and a grand.

Discover more about the strange but lovable Devon Rex here.

While rumor persists that bobtail cats have developed their exotic tails because of breeding with bobcats, the more likely explanation is that they merely developed a recessive gene that was intentionally bred into existence. And while there are multiple domesticated breeds with bobbed tails, the rarest among them is the Kurilian Bobtail. Originally hailing from Russia, this breed’s superficially small size is contradicted by the dense stockiness of its muscular frame. Kurilian bobtails are definitely not afraid to get into the water, but they’re also prone to getting into all kinds of trouble.

Because while they might not actually be descended from wild cats, they do have incredibly active personalities. Thanks to their place of origin, the Kurilian bobtail is more popular in Europe than in North America, but that doesn’t mean they’re not rare. The United States Kurilian bobtail population hovers around 100. Because of that, you can expect to pay as much as $3,000 for a purebred.

6. Minskin: A Breed Both Petite and Hairless

Though the Minskin may maintain the distinctive huge eyes and huge ears of the Devon Rex, their pint-sized frames make identification easy. Sometimes seen as the feline equivalent of the corgi, the Minskin is the result of breeding the hairless Sphynx with the stubby and adorable Munchkin cat. Selective aesthetic breeding can sometimes bring with it major ethical and practical complications, but the Minskin is a small but healthy breed that isn’t prone to shedding like long-haired cats and requires little to no grooming.

The rarity of the breed means you can expect to spend $2,000 or more on a kitten — as opposed to the $100 price tag that many Munchkin cats carry — but they’re an easygoing and affectionate breed that can adapt well to other cats and dogs in the house and plays well with children as well as adult family members. And since this breed didn’t appear until 1998, it has plenty of room to grow its population and popularity.

One of France’s most praised cat breeds is also one of the world’s rarest. The shape of their face makes it look like they’re wearing a perpetual grin, and that’s reflected in a personality that combines their sharp intelligence with an inherent and irreverent sense of play. The breed is celebrated today because their bright and lively demeanors make them great companions, but their waterproof coats and active personalities made them a favored choice for medieval Christian monasteries that used them for catching fish and mice.

These big cats can tell a lot with their body language, but their methods of aural communication tend to prefer quiet chirps rather than meows or loud cries. These cats are recognized as the national breed of France, but they only arrived in America in the 1970s. This breed’s rare reputation can also be credited to the fact that they were nearly exterminated in the wake of Nazi Germany’s invasion of France.

You can learn more about this sleek and soft gray cat breed here.

The graceful and athletic Sokoke may be the rarest cat breed in the entire world. These cats have their origins in Kenya, though it wouldn’t be until the 1970s that the breed was first standardized. All Sokoke cats can be distinguished by their tabby patterning, though they’re also distinguished by their lean and muscular bodies. The exact heritage of this breed isn’t quite clear, but it’s been theorized that they’re related to either the domesticated Egyptian Mau or the feral cats that come from the island of Lamu.

Both active and friendly, these cats require a decent amount of affection from their human caregivers and plenty of vertical space for prowling and play. In the United Kingdom alone, there are less than 30 registered members of the breed. But their utterly unpretentious personalities ensure that you’d never know they were rare without being told.

If you’re looking for the list of the most rare types of cats, here’s your cheat sheet:

Next Up: House Fly Lifespan: How Long Do House Flies Live? 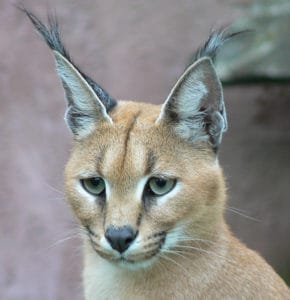 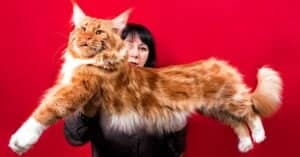