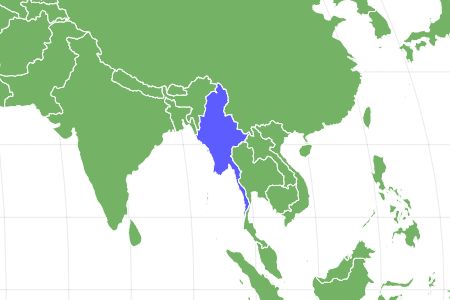 View all of our Burmese pictures in the gallery.

View all of the Burmese images!

The Burmese is a friendly and affectionate cat breed that loves to be around people.

It has few of the aloof and independent qualities that characterize many other breeds of cat. The first true Burmese cats arose in the early 20th century from attempts to create a new breed from the closely related Siamese cat. Despite originating from the country of Burma (now known as Myanmar), they were actually developed in the United States and the United Kingdom from a single cat called Wong Mau. From these small origins, it later went on to achieve a measure of popular success. it even gave birth to several other breeds like the Bombay and the Burmilla.

Burmese Traits: What to Know before You Buy

The Burmese have a reputation for their surprisingly outgoing and extroverted personality. You can usually count on the following distinct traits:

Burmese cats retain some of their kitten-like energy well into adulthood. They love to interact with people, play games, and have fun. They also have a well-known habit of following their owners from room to room. Expect them to constantly seek out your attention even when you’re immersed with other activities on the computer or the television. Fortunately, they do mellow a little as they age.

The downside to all of this is that unlike many other breeds of cats, the Burmese aren’t the type that you can leave alone for hours without any supervision. They thrive on human companionship. Due to these specific emotional and mental needs, they are a good choice for large families with children who can always look after them. They also seem to get along with other cats and some cat-friendly dogs.

The Burmese are medium-sized cats, measuring about 15 to 18 inches in length, with a rather compact and muscular build. Despite their rather slender appearance, people have often said that they feel heavy to lift. The female generally weighs somewhere in the range of 6 to 10 pounds, whereas the male weighs about 8 to 12 pounds.

The average price of a Burmese cat will depend on its age, pedigree, and rarity of the colors. If you’re looking to purchase a new kitten from high-quality breeders, then it will probably cost you $600 and $1,000 on average. Fortunately, different options are available at opposite ends of the price range depending on what you want from your cat. For the premium owner, a high-quality show cat with an exceptional pedigree may cost more than $2,000.

If you’re just interested in adoption, however, then the price probably won’t be more than a few hundred dollars. Burmese cats may occasionally turn up at a rescue or adoption shelter in your area, but there is no guarantee of finding one. For a more consistent option, it might be possible to find a rescue group that specializes in Burmese, Siamese, or similar breeds.

The 12 to the 16-week range is an ideal time to bring your new kitten home. Almost immediately, they will need to receive all the necessary shots and checkups from the vet. They should also be introduced to lots of different people and situations while they’re still young so they become well-adjusted later in life.

Burmese kittens are incredibly energetic, sociable, and rambunctious pets. Owners should keep a close eye on this breed because it has the tendency to wander around and get into trouble.

The Burmese have an average lifespan of around 13 years, and except in extreme cases, it does not usually exceed 18 years of age. However, there is always the occasional exception. One of the oldest known cats to ever live was a Burmese called Kataleena Lady. Born in 1977, she lived some 27 years old.

While generally healthy, the Burmese is also at risk of several serious health conditions, including diabetes, elbow arthritis, eye problems, low potassium levels, heart diseases, flat-chested kitten syndrome, and head or facial defects. Ask the breeders for proof of their cats’ health. They should have had their cats already tested for many common genetic issues.

A purebred Burmese will almost always have yellow eyes, a muscular physique, and a glossy coat. It can be mixed with almost any other breed of cat to produce some truly unique outcomes, but by far the most common is the Siamese-Burmese mix. They even have a unique name: the Tonkinese. By blending features together, these cats are more likely to develop blue eyes, a mink coat pattern, and a slightly more slender physique compared to your typical purebred Burmese. The two breeds’ playful behaviors also synergize well together.

Another common Burmese mix is known as the Burmilla. Although now recognized as its own separate breed, it was first produced from a cross between a Burmese and a Chinchilla Persian back in the 1980s. The Burmilla has a distinctively soft and silver coat with markings around the head and green eyes. They retain the playful and affectionate nature of the Burmese.

Types of Burmese Cats and Colors

There are generally two recognized types of Burmese: the American and the British. The American version has a stockier build, round eyes, and a shorter muzzle, while the British version has a sleeker body, a wedge-shaped head, a longer muzzle, and slightly slanted eyes. They are raised and bred separately by breeders to preserve their unique features.

Both types of Burmese have a short, fine, almost silky coat of fur that should only require weekly brushing to remove loose hair and keep it looking healthy and shiny. The Cat Fanciers’ Association recognizes four distinct coat colors, but of course, thanks to human ingenuity, there are many more variations available, including lilac white, red, and cream, and a tortoiseshell pattern of black and brown. Different organizations allow for different colors and patterns. The four colors of the CFA are:

Are Burmese herbivores, carnivores, or omnivores?

Burmese are Omnivores, meaning they eat both plants and other animals.

What Kingdom do Burmese belong to?

Burmese belong to the Kingdom Animalia.

What class do Burmese belong to?

Burmese belong to the class Mammalia.

What phylum to Burmese belong to?

Burmese belong to the phylum Chordata.

What family do Burmese belong to?

Burmese belong to the family Felidae.

What order do Burmese belong to?

Burmese belong to the order Carnivora.

What genus do Burmese belong to?

Burmese belong to the genus Felis.

What type of covering do Burmese have?

Burmese are covered in hair.

How many babies do Burmese have?

The average number of babies a Burmese has is 5.

What is an interesting fact about Burmese?

Burmese are adoring, elegant, and affectionate!

What is the scientific name for the Burmese?

The scientific name for the Burmese is Felis catus.

Yes, the Burmese is one of the most affectionate cat breeds you can buy. Unlike many breeds, they thrive on human interaction and contact. Exhibiting almost dog-like personalities and behavior, they’re even known to form very deep bonds with people.

Do Burmese cats shed a lot?

Thanks to its relatively short and fine coat, the Burmese is a light shedder. Weekly grooming with a simple brush should suffice to keep the coat healthy and clean. The Burmese are often considered to be one of the more hypoallergenic cats and an appropriate choice for people with allergies. But of course, as with any cat, individual reactions can vary. No breed is 100% safe and hypoallergenic for all allergy sufferers.

How much does a Burmese cat cost?

The price of a new Burmese kitten will normally set you back about $600 to $1,000 on average. This cost can vary, though, based on the age, pedigree, and rarity of the coat colors. It’s perfectly possible to find a healthy, loving, well-adjusted, and behaved cat for less than $200 at a local rescue or adoption shelter that really cares for its animals.

Why do Burmese cats meow so much?

The Burmese are a notably noisy and vocal breed, perhaps because they’re so affectionate toward people. Their meows are likely just an attempt to get your attention.

How long does a Burmese cat live?

The Burmese have an average lifespan of about 13 years, but with enough luck and good care, they can potentially live for several years longer. 17 or 18-year old cats are not too uncommon.