Snake Teeth: Everything You Need to Know

Snakes, for some, are the stuff of nightmares. For others, they’re beloved pets or fascinating research subjects. They’re classified in the suborder Serpentes and are related to lizards and other reptiles. Like lizards, they’re ectothermic, meaning they can’t keep their own bodies warm–they rely on the heat of the sun to do that. Snakes are obligate carnivores, which means they only eat animal-based foods like insects, animals, and eggs. Some are highly venomous, and some give wicked hugs, but no matter what kind of snake you’re looking at–chances are likely that it has teeth.

Here, we’ll learn all about snake teeth, what they’re called, and what makes them so special. We’ll go over the different types of snake teeth (including their famous fangs), and just how venomous species deliver their venom. Then, we’ll go into a little more detail about just how snakes replace their teeth, and whether or not they can really unhinge their jaws.

What Are Snake Teeth Called?

Snakes can be found just about everywhere on earth; with a few notable exceptions including Antarctica, Ireland, Greenland, Iceland, Hawaii, and New Zealand. They can grow anywhere from a few inches long in the case of the Barbados thread snake, to nearly thirty feet long for reticulated pythons.

No matter the length of the snake, they all have teeth (at least a few). In general, snake teeth are called ‘fangs’, though not all snakes actually have the famous fangs we think of when we think of venom and striking snakes. Snakes essentially have two types of teeth; fangs, and smaller, functional, non-fang teeth.

What’s So Special About Snake Teeth?

Snakes evolved from toothed lizards; they’ve lost the legs, but retained the teeth. There are over 3,000 species of snake on the planet, and each one has its own distinct dentition. Some (like the boa constrictor) have up to 200 teeth, while others (like king cobras) have under 100 teeth.

All snakes have teeth, but not all snakes have ‘fangs’–those famous, venom delivering teeth that are so prominent in the mouths of species like the pit viper. Here, we’ll discuss the four different types of dentition present in snakes.

All snakes have aglyphous teeth. These are all the teeth in a snake’s mouth that aren’t considered fangs. They’re long, thin, conical, and sharp. They face backwards, with one row lining the bottom jaw, and two on the upper jaw. For many species, these teeth are invisible, hidden in the gums. Snakes with only aglyphous teeth have no fangs, and therefore no venom delivery system. Un-fanged species include the rat snake, bull snake, North American king snake, and boa constrictors.

Snakes with solenoglyphous fangs are perhaps the most famous of all venomous snakes. Pit vipers, like rattlesnakes, have very large fangs at the front of the mouth. These fangs are capable of retracting back into the jaw–then flipping out like a switchblade knife to stab into prey. The fangs are hollow, and venom flows through them like a straw, straight into the flesh of the victim. Solenoglyphous snakes usually attack by striking at a target, injecting venom, then backing off and waiting for the target to succumb.

Proteroglyphous snakes include mambas, cobras, and coral snakes. Like solenoglyphous species, these snakes have fangs at the front of their mouth. Their fangs however, are not hinged, and can’t extend outside of the mouth like the fangs of a rattlesnake. They’re also, on average, only one-third the size of the solenoglyphous fangs.

Not all snakes have fangs at the front of their mouth; the fangs of opisthoglyphous snakes are actually located near the back of the mouth. These species (including hognose snakes) attack by striking at the target, then hanging on until all of their venom has been delivered. Because the fangs are at the rear of the mouth, this method makes sense–it gives them maximum time to envenomate their prey.

Do All Snakes Have Teeth?

All snakes have teeth, but the number, and placement, varies depending on what species of snake it is. Characteristics like tooth placement and number are highly dependent on the snake’s diet. Snakes in the Pareidae family have more teeth on the right side of their mouth than on the left; this is because these snakes mostly eat snails, and always swallow them with the shell on the left side of the mouth.

Other snakes specialize in eating reptile eggs, and have fewer teeth to make it easier to swallow the eggs. They’ve also developed an extra tooth in the back of their jaw that’s wider and more bladelike than the rest. Scientists think this tooth helps them eat the eggs.

Unlike humans, snakes don’t have to worry too much about losing their teeth. Broken or lost teeth are common, and, luckily–snakes have a way of dealing with them.

Like sharks and piranha, snakes are polyphyodonts. This means that they grow and use many sets of teeth in their lifetime. When one tooth falls out, it’s immediately replaced by a new, wickedly sharp replacement.

Can Snakes Unhinge Their Jaws?

Snakes, contrary to popular myth, cannot unhinge their jaws. If you’ve ever watched a snake eat though, you can easily see why people might think this. But, the truth is that snakes have very flexible jaws that are only loosely connected to their skulls. And, the juncture between the two halves of the lower jaw is made of nothing more than a flexible ligament. All of this flexibility allows snakes to eat foods way bigger than their own heads, no matter how many teeth they might possess. 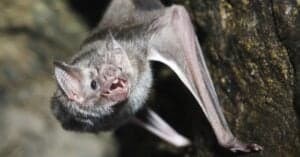