The 5 Best Fish to Catch in Rhode Island This Summer

Rhode Island is known as the Ocean State because it has 400 miles of coastline in all its bays and inlets. However, the state also has many lakes, rivers, and streams too. Despite being a small state, Rhode Island can be a haven for anglers, both commercial and amateur. That’s why we’ve come up with the best fish to catch in Rhode Island this summer.

We’ll show you which species offer you the best mix of entertainment and challenges on the waters of this gorgeous land!

What Are the Best Fish to Catch in Rhode Island?

Deciding which creatures belong on the list of the best fish to catch in Rhode Island this summer was a matter of finding something for everyone. We’ve tried to come up with a list of fish that has members with varying levels of difficulty to catch.

Also, we wanted to include fish of different sizes and those from different parts of the state. With that in mind, let’s take a look at five fish that you should target the next time you’re fishing in Rhode Island.

The largemouth bass is one of the best fish to catch in Rhode Island this summer because it is easy to catch, easy to identify, and quite sizeable. The average largemouth bass measures somewhere between 14-20 inches and weighs up to 5 pounds.

That means this freshwater fish is large enough to entice fishers without being too big to reel in. Also, watching them jump out of the water and fight against being caught is exhilarating.

These fish are good for anglers that have some experience fishing. After all, they tend to live in waters with a fair amount of aquatic vegetation. That way, they can stay hidden from harm while simultaneously hunting their prey. When fishing for these, you need to stay by the shallow, weedy areas at the beginning of the day and then move to deeper water as the day wears on.

These fish take all sorts of bait. You can fish for them with minnows or crawfish as well as plastic worms. Largemouth bass are notoriously gluttonous!

Sometimes you don’t want to fish from the shoreline. You want to wade in and go fly-fishing, and rainbow trout are the perfect target for this practice. Rainbow trout are beautiful fish even if they aren’t the largest.

On average, a rainbow trout will grow anywhere between 15 and 25 inches long, and they can get much longer, upwards of 40 inches. You can find rainbow trout in a variety of places throughout the state. Try Breakheart Brook, Branch River, Big River, Round Top Brook, and many other bodies of water.

You can try using jigs, spinners, spoons, and flies. These fish like to live in cool waters that have a rocky, gravelly bottom that have some cover.

Now, we’re going to change gears. Black sea bass are found off the coast of Rhode Island, often near places with lots of cover when they’re young. Usually, they will be in water that is between 20 and 80 feet deep when they’re older, still sticking by some sort of structure or cover in the water. They can go down as deep as 150 feet or more.

You’ll find young black sea bass by piers that jut out into the water along with jetties. Summer is the prime time to find these fish as they enjoy living in warm water. Older sea bass will require a little more effort on your part to obtain, often requiring the use of a boat.

Your best bet for bait includes using some sort of squid, crab, or bloodworm. Typically, you’ll find black sea bass that are anywhere between 1 and 2 feet long and weigh up to 7 pounds. You can find larger ones though. These fish present a good challenge for saltwater anglers.

The pumpkinseed goes by many names like punkie or sunfish. They’re small freshwater fish that are some of the best fish to catch in Rhode Island this summer because they’re common, plentiful, simple to catch, and tasty.

The majority of these fish only measure between 5 and 8 inches and weigh less than a pound. They can even put up a little bit of a fight when you get them on the line. The pumpkinseed fish is a good introductory fish for people just getting into angling. After all, this species can be found in all sorts of waters throughout the state, and they only require basic bait.

Try using something simple like a bit of worm, crickets, grubs, or very small lures since they have small mouths. It’s easy to spot groups of these fish in the water since they live in shallow areas. All you need to do is drop a baited hook into their midst and they’ll probably bite!

Swordfish are massive fish and certainly one of the best fish to catch in Rhode Island this summer. These fish frequently reach 9 feet long and weigh 400 pounds. Yet, they can grow even larger. The chances are good that you don’t have the equipment needed to catch one, though.

After all, swordfish live in the ocean waters, and they can wander pretty far from shore. Also, they can live several hundred feet deep in the ocean. That’s why your best bet is to sign up to be a part of a charter fishing boat that helps you catch these fish.

They’ll have experts on board to help seek out these incredible creatures along with the right gear to safely catch them. You’ll pay more for this trip than you would if you were catching panfish, but it’s an experience like no other.

Now that we’ve gone over the best fish to catch in Rhode Island this summer, keep in mind that it’s important to stay safe and remain within the law while fishing. Make sure you obtain any licenses required to legally fish in the waters. Also, be mindful of your surroundings while fishing, and always keep a look out for other watercraft in your area. 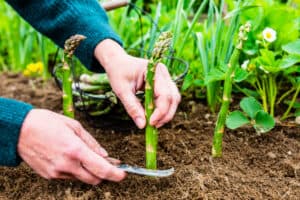