iStock.com/Eudyptula
Share this post on:
More Great Content:
6 Most Beautiful Dog Breeds
Watch a Black Lab Narrowly Outswim Two…
The 9 Most Exotic Dog Breeds in…
The 10 Most Dangerous Dog Breeds in…
Top 10 Strongest Dogs
The Top 8 Oldest Dogs Ever

Whether you’re looking at a working dog like the German Shepherd and Rottweiler or a toy breed like the Pomeranian or the Shih Tzu, you can usually at least guess what practical or aesthetic purpose their unique features are and which characteristics were originally intended to serve. Then there are the dogs so unusual that it can be hard to even imagine what purposes they served. Some of the strangest-looking dogs have a very practical application that explains their unique characteristics. But many of the world’s strangest dogs have developed their unique looks thanks to little more than chance. And sometimes, the world’s strangest dogs have unusual characteristics that have nothing to do with their appearance. Here are eight diverse breeds that top the list for the world’s strangest dogs.

The Bull Terrier is a pretty widely recognized breed, but that doesn’t stop it from being one of the strangest-looking dogs out there. Most of it is in the face, which has a uniquely egg-like shape and a pair of high-set triangular eyes that look like no other dog breed on the planet. You can thank a century-long program of narrow and selective breeding for that.

Originally bred as a dog that could hunt rats and other rodents, it eventually and tragically became a popular choice for dogfighting. But fortunes would change for the breed when it became the pet project for a breeder named James Hinks. Despite their past as fighting dogs, Bull Terriers have the chipper and vibrant personality of young children, and they can be affectionate companions for families or individuals.

Bull Terriers are known to chase their tails, or spin, when anxious – leading many experts to believe there to be a genetic disposition. Not all Bull Terriers spin, but there is enough evidence to suggest that special attention to making their environments as stress-free as possible will help dogs who are genetically at risk to avoid this compulsion.

As a rare breed raised by one of Indonesia’s smallest and most remote indigenous groups, it makes sense that the Telomian is not just rare but also unusual when compared to the most popular breeds. Though it’s classified as a spitz breed like the Pomeranian or Shiba Inu, it’s also believed to be closely related to the Dingo. But what’s most fascinating about these dogs is how they’ve adapted to suit not just the jungles that they inhabit but also the pragmatic demands of their human companions.

Their primary role was to protect homes from snakes and vermin, though they also adapted to fill important roles like fishing, hunting, and herding. But their most fascinating adaptation may be their paws, which have shifted in design to help them climb ladders — a necessity since their human companions lived in houses placed on stilts to protect them from jungle predators. They can even use these deft paws to open doors.

The Chow Chow has earned the sobriquet of “lion dog” thanks to its fluffy mane, but its personality is often also compared to that of cats. That manifests as a stiff independent streak and a general unwillingness to sink to less dignified and potentially silly acts. When left alone, these qualities can turn into an aggressive bossiness that human companions may have trouble containing. That’s fitting for a working breed that’s also one of the oldest on earth. They date back to at least 150 BCE, a time when they were used as hunting dogs. Some believe that their history may even trace back to the Arctic Circle. Their fluffy coats make them great to snuggle, but they also offered some extreme levels of insulation even during the coldest winters.

The hairless Chinese Crested Dog isn’t entirely bald, and that makes it look even stranger than it otherwise would. Wild tufts of fur sprout out around its legs, tail, and face — and the result is something that resembles a demented show pony. The breed doesn’t appear to come from China, though they might have gained international popularity as companion dogs for sailors on Chinese ships. It’s also been suggested that the crested dog was bred to be a service dog for bedridden individuals.

In either case, these dogs are incredibly loyal companions who build strong bonds with individuals but are slow to warm up to people they don’t know. Generally inactive and well-tempered, they’re a great companion for more low-energy humans. But if you do decide to take them out, you can do so without having to worry about sunscreen.

#4: New Guinea Singing Dog — Blessed With the Most Unusual Voice

The New Guinea Singing Dog isn’t among the strangest looking dogs in the world, having a shape and features similar to many spitz breeds. But as soon as it opens its mouth, you can tell how unique it is. The dog’s cries are a varied range of vocalizations that have been compared to a mix between whale songs and human yodeling.

Despite their unique singing voices, it was believed for decades that all wild members of this species were dead, but new members have been discovered in the highlands of New Guinea. It’s believed that their vocalizations allow them to communicate when hunting together in groups, and their remote highland habitat has transformed them into prodigious climbers and allowed them to hide from human sight. While considered a breed rather than a distinct species, these are wild animals that should not be kept as pets.

It would be easy to mistake the rare and weird-looking Bergamasco Shepherd for an equally rare and weird-looking sheep — but their uniquely matted fur made them especially well-suited to herding even in extreme weather conditions. These locks are formed by three different hair textures twining together, and they assist with regulating internal body temperature during the summer as well as providing a thick layer of insulation during the winter. In the wild, it also offered a level of protection from livestock predators like wolves.

Despite the unique hair, these dogs don’t even need regular grooming. The breed’s large size and working heritage mean they need a decent amount of exercise and space to live in, but they have easygoing personalities that allow them to get along with both kids and adults.

The Brussels Griffon may look like it could only have come from the mind of a sci-fi writer, but their wizened and bearded faces are the results of concentrated breeding. The German Affenpinscher and Belgian street dog were originally bred together to create a perky and agile terrier that could excel at hunting for rats, but it would take the addition of Pugs into the breeding pool to shape the Griffon we know today.

That dog is defined by having a personality as vibrant as its appearance. Bright, chipper, and sometimes bossy, these dogs can also be loud barkers. Good training is a sensible necessity for keeping their dominating and territorial tendencies at bay. Though physically active, they can be just fine with a small yard. But as a highly sociable breed, the Brussels griffon needs a lot of human companionships, or ideally another dog to keep them company.

#1: Xoloitzcuintli — A Hairless Dog Dating Back to the Aztecs

If you thought Mexican hairless dogs were simply a reference to hairless Chihuahuas, it’s time you met the Xoloitzcuintli. The former is caused by an associated health issue, while the latter is the result of a genetic abnormality that also causes these small dogs to not have molars. This exotic breed was once believed by the Aztecs to serve as a guide to the underworld, but today they’re more likely to serve as a cuddling companion. While their alert nature makes them great guard dogs, they’re generally mild and loving dogs. Though generally healthy, caregivers need to monitor their exposure to direct sunlight thanks to their lack of fur. 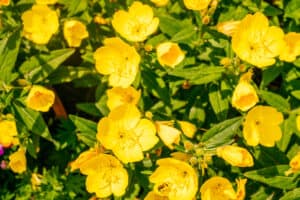