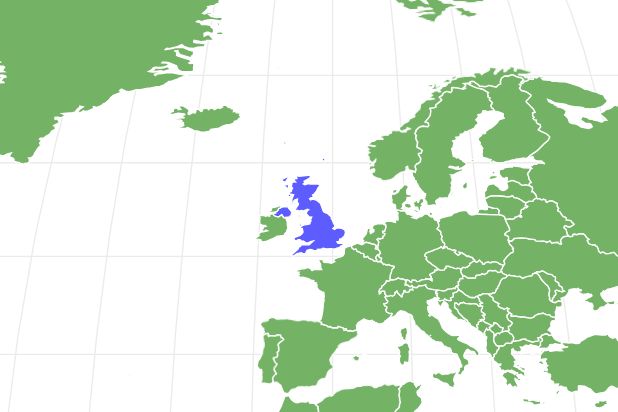 Temperament
Friendly and alert but stubborn
Training
Should be trained from an early age due to their independent nature
Diet
Omnivore
Average Litter Size
7
Common Name
Bull Terrier
Slogan
Needs to be kept active!
Group
Mastiff

Bull Terrier as a Pet:

View all of our Bull Terrier pictures in the gallery.

View all of the Bull Terrier images!

Bull terriers have an independent streak which can make them challenging to train. This dog has a sad history that dates back to 13th century Britain. A group of dogs would participate in a sporting, or blood sport competition known as bullbaiting. The dogs were released to attack a bull while observers bet on the winning dog. Later in the early 1800s, this dog was put into fierce dogfighting competitions held in a pit or cellar below a tavern. These dogs are sometimes referred to as pit bulls.

Despite its violent history in these sporting activities, the bull terrier is a friendly dog with a playful nature. It’s loyal and serves as an excellent companion and guard dog.

Another type of bull terrier called the White Cavalier was a favorite with royalty in the 1860s. It’s notable for its all white coat of fur.

3 Pros and Cons of Owning a Bull Terrier

As with all dog breeds, bull terriers have some common health issues. Heart disease is one example. It takes the form of a weakened heart valve. Kidney disease is another common health issue in this breed. Kidney disease happens when protein leaks from a dog’s kidneys. A special diet can help this condition. Some bull terriers also deal with patellar luxation. This is when a dog’s kneecap moves out of place causing the dog to limp. Sometimes the kneecap can pop back in proper position on its own. Other times, the dog may need surgery. The most common health issues of this breed include:

Health and Entertainment for your Bull Terrier

Standard bull terriers as well as miniature bull terriers are known for their playful personality. They are strong dogs that like to play frisbee, fetch and chase. These dogs are known for high energy behavior such as running, jumping, digging and more. This makes them ideal for dog sporting and agility events where they are being timed.

One thing to keep in mind about bull terriers is they can be aggressive if not socialized and provided with thorough obedience training. This dog has a strong personality and needs to know what type of behavior is expected of it. One of its most impressive traits is loyalty. They make great companions for adults or older children.

How to Take Care of a Bull Terrier

Learning about the specific dietary needs, exercise requirements and grooming routine of bull terriers can help an owner take the best possible care of their pet. Plus, choosing the right type of food for a puppy or adult bull terrier can help to prevent some of their most common health issues.

Of course, puppies need a different type of diet than grown bull terriers.

For puppies, protein is the first nutrient to look for in their food. Amino acids in protein contribute to strengthening the dog’s muscular body. This can promote healthy growth of the knees to prevent patellar luxation. Also, protein supports healthy skin and hair. Calcium supports the growth of healthy bones and teeth. Vitamin E and C contribute to healthy kidney growth in a puppy.

Protein plays an important part in the diet of an adult bull terrier as well. Protein along with a controlled amount of fat give this dog energy to support its various activities. Controlling the fat in an adult dog’s diet can help to prevent heart disease. Calcium contributes to healthy bones and teeth in adult dogs. This can prevent dental issues. Vitamin E and C can help guard against kidney disease. Vitamin A supports the healthy vision of this dog.

This dog requires weekly brushing. A soft brush with boar’s hair bristles is a quality grooming tool for a bull terrier’s coat. A grooming glove can be used to groom the dog’s legs and face to remove loose or dead hair. It’s most effective to start at the dog’s head and move toward its tail. This routine is appropriate for both standard bull terriers and miniature bull terriers. A good grooming routine keeps a bull terrier’s coat glossy and gives an owner the chance to bond with this dog.

A White Cavalier terrier needs a grooming routine that’s a little more time-consuming. This dog with its pure white coat needs to be bathed more often to keep its hair looking clean and glossy.

Bull terriers are intelligent dogs, but they have an independent nature. This can make training challenging if an owner doesn’t go about it the right way. Words of praise are helpful in keeping this dog focused. Making the lessons fun with delicious treats is also very effective with this breed.

A border collie is another intelligent dog, but it’s easier to train than a bull terrier because it doesn’t have an independent streak.

Whether an owner has a miniature or standard bull terrier, this dog needs exercise every day. This pup has a lot of energy that it needs to burn off in order to stay healthy. It needs at least 40 minutes of exercise each day. Running, jumping, fetching a ball, playing chase, or catching a frisbee are all activities that provide a bull terrier with great exercise. It’s not a good idea to take this dog to a dog park. Generally, bull terriers don’t get along with other dogs.

Bull terriers are muscular dogs that are fast and like to keep moving. They need a large living space. So, they are not recommended for apartment living. A medium to large fenced in backyard is a great place for a bull terrier to stretch its legs.

One of the most important things to remember about raising a bull terrier puppy has to do with diet. These dogs can overeat and become obese. This can lead to a lot of health problems. So, feeding a puppy the right amount of food is just as crucial as feeding it a nutritional diet.

Bull terriers aren’t an advisable choice for families with small children. These dogs can be aggressive if they aren’t socialized. They are very strong and could inadvertently injure small children while playing or running in the yard.

Dogs Similar to the Bull Terrier

Other breeds similar to bull terriers include the American Staffordshire terrier, the Airedale terrier, and the Bedlington terrier.

A few celebrities count the bull terrier as a favorite pooch.

Some popular names for bull terriers include:

What is a bull terrier?

A bull terrier is a muscular dog with an egg-shaped head with ears that stand up. They are highly active dogs with a friendly, loyal nature. Miniature bull terriers, the American Staffordshire terrier, White Cavalier terrier, and American pit bull terriers are all part of the terrier group.

How much does it cost to own a bull terrier?

The initial cost of a purebred bull terrier is around $1600. The vet costs for this dog range between $300 and $500 a year for basic care and vaccinations. The food budget for a bull terrier ranges from $75 to $100 a month depending on what type of food an owner chooses.

Are bull terriers good with kids?

They are not good with small children. These dogs are very energetic and strong. They may accidently bump into a child while playing or mistake a child’s behavior as threatening.

How long does a bull terrier live?

Is a bull terrier a good family dog?

Like any dog, a bull terrier can have unexpected or aggressive behavior depending on the circumstance. This breed can be aggressive toward small children if it’s not properly socialized.

Are bull terriers hard to train?

If an owner uses words of praise and treats during a training session, bull terriers are relatively easy to train.

Bull Terriers are Omnivores, meaning they eat both plants and other animals.

What Kingdom do Bull Terriers belong to?

What class do Bull Terriers belong to?

What phylum to Bull Terriers belong to?

What family do Bull Terriers belong to?

What order do Bull Terriers belong to?

What genus do Bull Terriers belong to?

What type of covering do Bull Terriers have?

Bull Terriers are covered in Hair.

How many babies do Bull Terriers have?

The average number of babies a Bull Terrier has is 7.

What is an interesting fact about Bull Terriers?

What is the scientific name for the Bull Terrier?

The scientific name for the Bull Terrier is Canis Lupus.