What Do Parrots Eat? 50+ Foods They Love

Parrots (Psittaciformes) are colorful birds that prefer warm or tropical climates. The parrot family includes nearly 400 species, like cockatoos, macaws, and parakeets. As zygodactyl birds, parrots have clawed feet with two toes facing forward and two toes facing backward. Those strong toes help parrots hold food up to their curved beaks when cracking open the husks of seeds. What do parrots eat besides seeds? More than 50 different foods!

Let’s explore common foods parrots like to eat and what pet parrots eat compared to those living in the wild.

WHAT DO PARROTS EAT?

Parrots eat plants, flowers, grains, nuts, seeds, and insects for much of their diet. Parrots are omnivores in most cases, enjoying a mix of plant and animal foods. They love vegetables, fruit, and nectar, but certain fruit varieties have toxic pits or stones that parrots shouldn’t consume. For example, the stones of apricots, cherries, peaches, and pears have levels of naturally-occurring cyanide that could quickly kill these birds.

More Great Content:
Boston Terrier vs Pug: 5 Key Differences
English vs American Golden Retriever: 5 Differences
Australian Shepherd vs Australian Cattle Dog: What…
King Cobra vs Lion: Who Would Win…
The 15 Deepest Lakes in the United…
Inland Taipan vs Mongoose: Who Would Win…
10 Spiders in Illinois
The 7 Most Aggressive Sharks in the…
The Top 9 Largest Flying Birds in…
Blue Whale Size Comparison: Just How Big…
10 Spiders in Indiana
Discover 6 of the Clearest Rivers in…
Aussiedoodle vs Goldendoodle: 5 Key Differences
Roman Rottweiler vs German Rottweiler: 8 Differences
The 10 Longest Rivers in North America
Are Otters Dangerous?
King Cobra vs Mongoose: Who Would Win…
10 Spiders in Georgia
The 10 Most Dangerous Dog Breeds in…
The 10 Largest Man-Made Lakes in the…

Some birds in the parrot family, especially parakeets, should only eat sunflower seeds in moderation. Your parakeet will love this high-fat treat so much they might get too full to eat other foods with essential nutrients.

HOW DOES A PARROT EAT?

When a parrot hunts for insects, it catches bugs with its claws, beak, or pecks its prey to death. Parrots can find insects by clawing through dirt and can detect flying insects with their strong sense of smell.

If you’re wondering how parrots remove the husks from seeds before eating, their lower jaw (mandible) does most of the work. While holding a seed in their beak, the husk is pinched and cracked by the bottom mandible. Seed husks are removed and discarded because they are harmful to a parrot’s health.

Parrots have a reputation for being messy eaters. When feasting, parrots tend to fling their food around and seem to waste a lot of it. However, a recent study published in Scientific Reports found that when a parrot in the wild throws their food around, they might be pruning a plant to promote more growth of their favorite flowers and fruit. Researchers have known for years that parrots are intelligent birds. It turns out they might be brilliant gardeners too.

WHAT DO BABY PARROTS EAT?

Baby parrots eat regurgitated food received from their parents based on the diet of that particular parrot species. For example, a baby macaw (also known as a hatchling) eats a mix of regurgitated fruits, vegetables, grains, nuts, and seeds.

Both the male and female parrots take turns feeding their babies. Baby macaws in the wild are weaned at around 6-9 months old.

HOW DO YOU FEED A PARROT AS A PET?

How much your parrot eats will depend on its size. Smaller birds will typically eat servings of a teaspoon or less. Large parrots can eat tablespoon-size servings.

Parrots love leafy greens like collard greens, spinach, and kale, but you’ll want to protect your parrot from eating the leaves of your houseplants. Always double-check that your houseplant varieties aren’t toxic to birds. Houseplants your parrot shouldn’t eat include ivy, lily, philodendron, amaryllis, holly, mistletoe, and poinsettia.

Your pet parrot will love seeds, but a diet of only seeds might shorten its life. In a 2006 study published in The American Ornithology Society’s journal The Auk, researchers found that a parrot’s diet influences its lifespan. For example, of the southern African parrots studied, those with a diet of mostly seeds (granivores) had a life expectancy of 1.6 years. However, the nectar and insect-eating parrots (nectarivores and insectivores) lived twice as long at 3.1 years.

Pet parrots can live much longer than wild parrots if cared for properly. That’s because they have safe shelter, a dependable source of nutritious foods, and they don’t face the daily danger of wild predators. The world’s oldest parrot lived to be 83 years old!

WHAT DO PARROTS EAT IN THE WILD?

Wild parrots eat a diverse diet of plant and animal foods, including fruit, vegetables, flowers, leaves, grains, nuts, seeds, and insects. Many wild parrots eat bird eggs and sometimes even their own eggs. They spend many hours a day hunting and foraging for food.

What a wild parrot eats depends on their species and the climate where they live. For example, the kea parrot (an incredibly intelligent bird) is the only parrot known to live in alpine forests – mainly on the South Island of New Zealand – and eats the decaying flesh (carrion) of already deceased animals along with common roots, berries, leaves and insects of the area.

Wild toucans eat a lot of native berries, fruit, plants, insects, rodents, and eggs from their tropical habitat. Toucans are considered predatory and often steal eggs and hatchlings from other birds to feed their own babies.

Unfortunately, the number of wild parrots in the world is declining due to changing habitats and diseases. Despite trade bans to protect those on endangered species lists, parrots are still illegally caught and sold in some countries. Conservation efforts to protect wild parrots will hopefully keep them around and eating well for many generations to come. 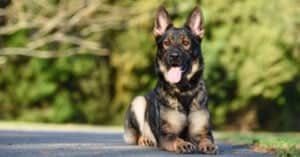 According to the American Kennel Club, the German Shepherd is the second most popular breed in the United States

The 4 Best Poop Bags For Your Dog 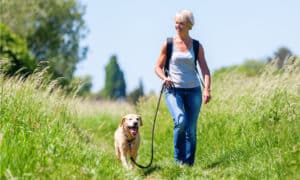