The military macaw is named for the green uniforms that many soldiers use in South America. 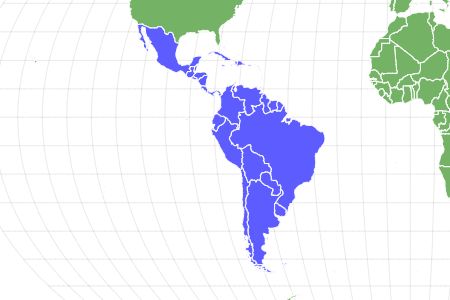 View all of our Macaw pictures in the gallery.

View all of the Macaw images!

There are approximately 17 unique species of Macaw birds in the wild and in captivity today. All these birds are part of the Psittacidae family, which translates to “true parrots.” This parrot family further splits into two subfamilies: the Psittacinae and the Arinae, or Old World and New World parrots, respectively.

Old World parrots include the Grey Parrot, the Cape Parrot and the Senegal Parrot, which are found primarily in Africa. In contrast, New World Parrots include six genera of Macaw birds that live and roam in Mexico, Honduras, Brazil and other nations in Central America and South America. These birds include the scarlet Macaw, the blue and gold Macaw, the green wing Macaw, the red-shouldered, or Hahn’s, Macaw, and the harlequin Macaw.

Unlike their Old-World cousins, these all have bright feathers in varying shades of green, blue, yellow, gold and red. While these colors are very vibrant and attractive to humans, these colors allow Macaw birds to camouflage themselves in the green leaves of the Amazon rainforest and other forests that they call home.

Where to Find Macaw Birds

The blue and gold and hyacinth species of these birds are native to Central America and South America. They can be seen in the wild in such countries as Mexico, Honduras and Brazil. Their unique feathers and bright coloring help them blend into the Amazon rainforest and their other natural habitats.

These birds generally live in monogamous pairs but also form families of up to 30 in one one flock. They generally settle into the crevices within tall trees or live on cliffsides for protection. They have also been known to dig out depressions in riverbanks or other hills made from soft earth.

Due to the large number of living species, there are numerous scientific names for these birds. In general, all 17 of these species are found in the Psittacidae, or true parrot family. Further, they are part of the Arinae, or New World parrots, subfamily and the Arini tribe of Macaws and parakeets.

The six genera of living Macaws are as follows:

Due to their cheerful nature, their vibrant coloring and their ability to learn words, many birds of this species are popular pets. This status has led breeders to create some hybrid species in captivity. For example, the harlequin is a new breed that is a cross between the blue and gold and the green wing species. Harlequins generally have personality and coloring elements from both species.

These are generally playful and happy birds. Their owners have described them as clowns or jokers. They are highly social creatures both in the wild and in captivity. Many do well with families where they have more humans to interact with on a regular basis. If they are hand-fed from an early age, then they will become attached to their owners.

In the wild, these are curious birds. Scientists and enthusiasts have observed these birds playing with new objects. They will often toss new things into the air and catch them with their beaks or their feet. They also will lick and taste the object to try and get more information about it.

While these birds bond in pairs, they also typically seek to form larger flocks of 30 to 40 or more birds. Increased numbers serve to protect themselves from humans, snakes, larger birds, jaguars and other threats. Macaws often shriek or let out loud noises to communicate with or to warn their flock mates. In captivity, they like to learn words and will practice new vocabulary until they master it.

As you can imagine, the average size, weight and wingspan varies widely from species to species. The largest examples are part of the Ara genus. This group includes the hyacinth Macaw, which has a wingspan between three and four feet and weighs up to four pounds. It is also more than 39 inches long.

The smallest species is the red-shouldered Macaw (scientific name Diopsittaca nobilis), which is also known as the mini-Macaw. These birds weigh only 5.8 ounces and only 12 inches long. The Hahn’s Macaws and noble Macaws that make up this species are almost identical in appearance. However, the Hahn’s has a black upper mandible.

These birds normally nest in the knots or crevices in tall rainforest trees. Some species also make their homes in rotted out trees on the savannahs and plains in South America. Other species will opt to nest on rocky cliffs for protection while some will choose to dig out an area in a riverbank.

What This Bird Eats: The Macaw Diet

Macaws primarily eat fruit as their main source of nutrition. However, they do also fly to grassy areas in search of seeds or nuts. Their strong beaks are capable of cracking almonds, brazil nuts and other similar nuts. Nuts’ higher caloric value and fat content is important to the larger species like the hyacinth Macaw.

For a complete analysis of the diet of macaws, don’t miss our ‘What Do Macaws Eat: 11 Foods in their Diet‘ guide!

These birds are at risk from several native species in the Amazon rainforest and the forests of Central and South America. These predators include snakes, monkeys, and larger birds. Specific threats include pythons, boa constrictors, jaguars, ocelots,eagles and falcons.

Macaws reach sexual maturity between two and 10 years depending upon the species. At that time, they will typically pair up and bond with another bird in their flock. Most clutches have between one and four eggs. If reproduction is successful, then females will generally wait two years to mate again.

The eggs normally incubate anywhere between 24 and 28 days depending upon the type of Macaw. Chicks will typically remain in the nest under their parents’ protection for up to three months after hatching. At that point, they will often stay with their parents and siblings for a year and then head off to find their place in a flock.

A Macaw’s lifespan varies significantly based upon its species. For example, the blue and gold Macaw will live up to 35 years in the wild. In comparison, the green wing and scarlet Macaws have a lifespan between 70 and 75 years. Overall, these birds average 60 years in the wild, but some individuals do survive into their 80s and beyond.

The Bird Population of Macawsds

The Macaw population varies significantly depending upon which species you evaluate. Some species, like the Spix Macaw are extinct in the wild. In fact, less than 200 of these birds left in captivity worldwide.

In contrast, there are believed to be at least 10,000 blue and gold Macaws left in the wild. This species is labeled as least concern because its numbers, while still declining, have remained relatively stable over the last decade.

Are Macaws herbivores, carnivores, or omnivores?

Macaws are Omnivores, meaning they eat both plants and other animals.

What Kingdom do Macaws belong to?

Macaws belong to the Kingdom Animalia.

What phylum do Macaws belong to?

Macaws belong to the phylum Chordata.

What species does a macaw belong to?

Can a macaw talk?

Yes, macaws can talk. In fact, these birds have been known to practice words and new vocabulary until they get the pronunciation correct.

Where are macaws found?

Macaws are native to Central America and South America.

Does the Macaw migrate?

It depends. The scarlet macaw is known to migrate to Belize and other areas in search of fruit, seeds, nuts and other food. However, many macaw species, such as the blue and gold and hyacinth macaws, do not migrate. They choose to remain in bonded pairs with total flocks between 30 and 40 birds.

How many eggs does the Macaw lay?

Typical macaw clutches include one to four eggs. The mother keeps the eggs warm for between 24 and 28 days and the chicks remain in the nest for up to 90 days after being born.

How fast does the Macaw fly?

Many species, including the Hyacinth macaw, the green-wing macaw and the scarlet macaw, have achieved top speeds of around 35 miles per hour. The red-fronted macaw (Ara rubrogenys) has been recorded at speeds around 40 miles per hour.

What is the Macaw’s Wingspan?

The macaw’s wingspan varies significantly depending upon its species. The largest macaws, the hyacinths, have wingspans between three and four feet. As a comparison, the red-shoulder macaw has a 12-inch wingspan and is one of the smallest birds within the six macaw genera.

When do Macaws leave the nest?

Fledgling macaw chicks first attempt to leave the nest about three months after they first hatch. However, they frequently remain with their parents for at least one year before seeking their own place within the flock.

Can you have a macaw as a pet?

It depends; because many species are endangered or critically endangered, it may be illegal to purchase or keep a macaw in captivity. Other times you will need to obtain a special license or permit before purchasing your bird.

Macaws from responsible and licensed breeders are extremely popular as pets because of their beautiful looks, their fun personalities and their intelligence.

How much does a macaw cost?

The price for these birds depends upon the size and rarity of the species, amongst many other factors. As an example, a smaller macaw, like the red-shoulder species, will typically cost between $700 and $1,000.

Specially bred hybrid macaws, like the Harlequin species, have a price tag between $1,000 and $5,000 or more. Scarlet macaws, one of the most-well known species, normally have a purchase price between $2,000 and $3,000.

What class do Macaws belong to?

Macaws belong to the class Aves.

What family do Macaws belong to?

Macaws belong to the family Psittacidae.

What order do Macaws belong to?

Macaws belong to the order Psittaciformes.

What genus do Macaws belong to?

Macaws belong to the genus Arini.

What type of covering do Macaws have?

Macaws are covered in Feathers.

What is the main prey for Macaws?

What are some distinguishing features of Macaws?

What is an interesting fact about Macaws?

Macaws are the largest species of parrot in the world!

What is the scientific name for the Macaw?

The scientific name for the Macaw is Arini.

What is the lifespan of a Macaw?

How do Macaws have babies?