What Do Stink Bugs Eat?

Written by Patrick Sather
Updated: March 18, 2022
© Jay Ondreicka/Shutterstock.com
Share this post on:
More Great Content:
What Kills Bed Bugs Instantly?
How To Get Rid of Roaches Overnight
Carpenter Ants vs Black Ants: What’s the…
Where Do Bees Go In The Winter?
The 10 Largest Grasshoppers In The World
Types of Beetles: The Complete List
↓ Continue Reading To See This Amazing Video

Few creatures in the animal kingdom have a name as unfortunate as the stink bug. A member of the family Pentatomidae in the order Hemiptera, the stink bug’s name is anything but inviting. It gets its name from the strong odor that it creates in its abdomen that it uses to ward off predators.  Also known as shield bugs, which is slightly better, there are over 4700 species of stink bug. In addition to their unfortunate name, these small, beetle-shaped bugs also enjoy an unsavory reputation due to their eating habits. Many species prey on agricultural crops. As a result, farmers and gardeners often consider stink bugs pests, and will go to great lengths to remove them. On the other hand, some species are predatory, and are actually beneficial for plant ecosystems. Given this discrepancy, it’s important to ask the question, “what do stink bugs eat?”

In this article, we’ll attempt to shine a light on the dietary habits of different stink bugs. We’ll begin by talking about what stink bugs like to eat. We’ll then move on to a discussion of how stink bugs go about foraging and hunting for food. Next, we’ll compare what stink bugs eat in the wild versus what they eat in captivity. Finally, we’ll end with a brief conversation about what baby stink bugs eat. So, plug your noses, because we’re about to dive in and answer the question, “what do stink bugs eat?”

Stink bugs are mostly herbivores that aren’t picky eaters and eaters and consume everything from grass, to crops, to fruit.

The vast majority of stink bugs are phytophagous, meaning they are herbivores that eat plants. Furthermore, stink bugs are polyphagous, which means that they eat a wide variety of plants. As indiscriminate eaters, they will chomp down on pretty much anything that grows out of the ground. This has fueled their reputation as pests, as they will eat pretty much anything from grass to domestic crops. Stink bugs aren’t known for being picky eaters, although certain species do tend to feed more often on certain plants. That being said, there exists a small number of species with a wildly different diet. These stink bugs eat a carnivorous diet, and prey on other insects, including ones larger than them. Given this discrepancy, it’s wrong to say that all stink bugs like the same foods. Overall, here are 10 foods that occur often in a stink bug’s diet:

How Do Stink Bugs Forage and Hunt For Food?

Adult bugs all possess the same general shape – a shieldlike body, 5-segmented antennae, and six legs. Thanks to their large forewings, they are capable of flying fairly well, which they do in order to move from plant to plant. They rely on their antennae to help them feel around and explore their environment. Additionally, they can see quite well, and use their eyesight to help them navigate and find food. Stink bugs evolved both piercing and sucking mouthparts. Herbivorous stink bugs use their mouths to suck the juices and sap from all manner of plants. Upon piercing a plant’s flesh a stink bug then injects toxic saliva into the plant, damaging it. Meanwhile, other stink bugs use their sucks to drain the fluids from other insects. Like a vampire sucks blood, these stink bugs drain the life from their prey, including insects larger than themselves.

What Do Stink Bugs Eat in the Wild?

In the wild, stink bugs eat all manner of plants, as they are polyphagous eaters. That said, research suggests that certain species of stink bug exhibit preferences for specific plants. For example, brown marmorated stink bugs appear to prefer flowering trees such as cherry, grape, redbud, and walnut trees. On the other hand, red-banded stink bugs appear to prefer legumes such as soybeans. That said, herbivorous stink bugs eat a wide variety of plant matter regardless of species. They’ll frequently eat grasses and weeds, as well as grains, vegetables, fruits, and nuts. Stink bugs use their mouthparts to pierce the skin of fruits or nuts and then suck the sweet fluid inside. Meanwhile, stink bugs in the family Asopinae are carnivorous, and primarily live on the fluids of other insects. They have been known to prey on nearly 100 different insects, including ones larger than themselves. Their lifespan depends on the area and the species.

What Do Pet Stink Bugs Eat?

Due to their unusual habit of releasing a noxious odor when threatened, most people are hesitant to keep stink bugs as pets. It’s therefore no surprise that people very rarely choose to raise stink bugs in captivity. That said, some people do occasionally keep them, either for novelty or out of genuine curiosity. If you choose to keep a stink bug as a pet, you’ll need to know how to care for your smelly little friend. Luckily, most herbivorous stink bugs aren’t picky eaters and will eat just about any form of plant matter. For ease and convenience, most pet stink bugs can live on a diet of fruits and vegetables. Safe fruits include apples, berries, pears, and melons. As for vegetables, good options include leafy greens like lettuce and bell peppers. Just remember to replace any uneaten food often and to not feed your stink bug moldy food.

What Do Baby Stink Bugs Eat?

Female stink bugs usually lay their eggs under leaves or in other places where their eggs will be safe from predators. Upon hatching, the baby stink bugs are on their own, so they need to be in an area where they are safe to roam. Baby stink bugs are also known as nymphs, and they will molt several times before they reach adulthood. During each stage, they change form slightly, until they reach their final, shieldlike adult stage. While in their nymphal stage, stink bugs eat the same food as adult stink bugs. Their diet does not vary regardless of their age, although they may still show preference toward certain food. 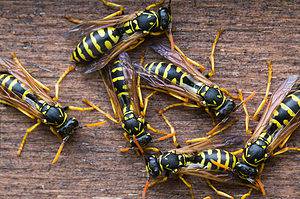