Alpine goats are the most common type of goat used for milk, cheese, and other dairy products

Click through all of our Alpine Goat images in the gallery. 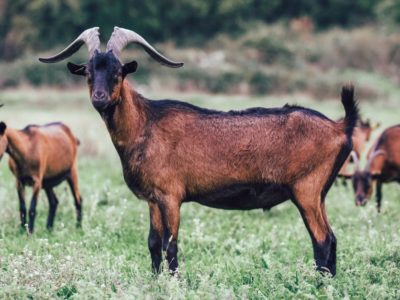 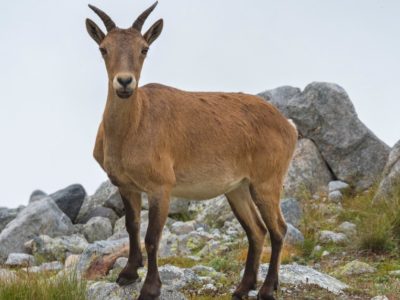 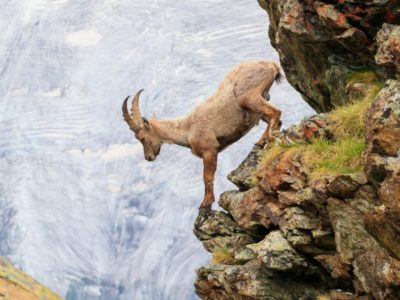 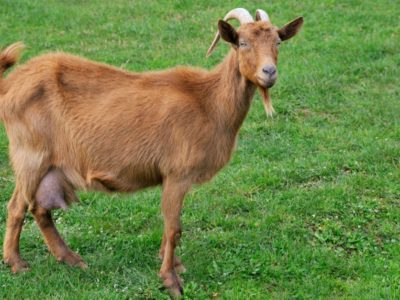 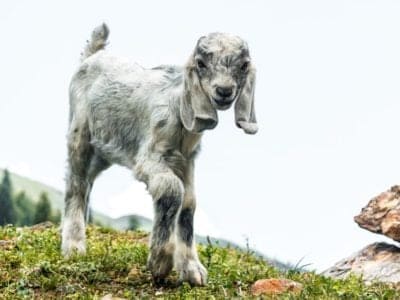 View all of the Alpine Goat images!

“The alpine goat is one of the most popular goats for dairy production in the entire world.”

With sweet faces and strong bodies, alpine goats are a common sight on farms and ranches throughout the Western world. The origin of these goats is generally accepted to be the mountainous French countryside, although the species has been domesticated for centuries. Regardless of whether you own a true French Alpine or are purchasing from the American Alpine breed, you can count on your goat to be sweet, friendly, and long-lived – all of which are important qualities for a domestic farm animal.

The scientific name for the goat is Capra aegagrus hircus. No naming distinction is made between the different domestic breeds, which is why it’s important to know the common name of the species you want to purchase. Alpine goats are often broken up into geographic distinctions, including the French Alpine, British Alpine, and American Alpine.

Goats are members of the Mammalia class, the Bovidae family, and the Caprinae subfamily. Many people notice that the word Capra, which is Latin, is also the origin of the word “Capricorn.”

Alpine goats are ruminant mammals with cloven hooves, horns, beards, and comfortably large frames that are capable of producing a significant amount of milk without compromising the doe’s comfort. Alpine goats in particular are known for being aesthetically pleasing and coming in a variety of unique colors. Some of the accepted breed colors and patterns include Cou blanc, which is a white neck with black hindquarters; Chamoisée, meaning tan, red, or brown with black patches; Sundgau, or black and white markings on the face; and Pied, which means spotted with various markings.

Most alpine goats weigh between 135 and 170 pounds and stand at around 30 to 32 inches high. Does are usually smaller than bucks unless they are pregnant, in which case they may weigh quite a bit more than normal. American Alpines tend to be larger than true French Alpines, although the difference is often negligible.

Unless they have been separated by a breeder or farmer, alpine goats live in herds of between 5 and 20. These goats are graceful, curious, and friendly with their owners and other animals on the farm. Alpine goats are particularly known for having hardy characteristics that make them capable of surviving the elements. With that said, your domestic goat will be happiest with a cozy barn, a sunny pasture, and plenty of care and attention.

The origin of the Alpine goat is the rocky mountaintops of the French countryside. However, these goats have been domestic for quite some time, and they prefer to live in domestic pastures with standard farm amenities. One of the most important things to realize about your alpine goat’s natural habitat is that they prefer cool to cold environments. If you live in a warmer area, take steps to keep your goats from overheating during the summer. Even American Alpines, which have been kept at lower altitudes for many generations, still struggle with heat and prefer higher elevations.

The main predators that threaten domestic alpine goats are wild dogs, wolves, coyotes, mountain lions, and other carnivores that live near the farm where the goats are housed. Birds of prey and foxes can occasionally be a problem, especially if you are raising kids or mini goats. The best way to keep your alpine goats safe is to house them in a pasture with adequate fencing and a large barn that can be locked at night.

Although wild alpine goats are incredibly rare, they do face a few threats to their current livelihood. Climate change has reduced the number of cool alpine regions where a mountain goat can comfortably live. As vegetation is reduced and tree lines fall back, wild alpine goats often find themselves struggling to maintain their population numbers.

In general, these goats have a conservation status of least concern. Farmers across the world rely on these goats for sustainable dairy production, so there is currently no risk of losing any of these goat genetic lines. Both French and American breed registries exist to help track lineages and make sure that various color patterns and genetic traits are being preserved.

As a large goat breed, alpines are capable of reproducing when they are 18 months to 2 years old. Bucks can be bred at 1 year, but there may be developmental and personality disadvantages related to adding them to the breeding pool this early. These ruminant mammals have a yearly mating season that lasts between July and January, with a slight monthly swing based on the local climate. The colder it is, the earlier your goats’ mating season will begin and end.

These goats have a cycle that lasts between 18-21 days and is only be in heat for anywhere from two days to a matter of hours. Many farmers prefer to use artificial insemination on their does, especially if they only own one or two and are not interested in keeping a buck. One of the only disadvantages of this method is that you must carefully time when the doe is in heat to ensure success. Otherwise, you can count on the males of a large herd to get to the females while they are still in heat.

These goats generally carry one baby at a time, although twins are common and triplets are possible. The average litter size for an alpine goat is 1.75, representing a strong tendency towards twins. Baby goats are called kids and usually weigh around 5-10 pounds at birth. Healthy kids typically stand up and start moving around within a few hours of birth; you can expect the mother to clean them off and help guide them around the barnyard, especially if they have raised a kid before. Kids generally cling closely to their mothers and survive purely off milk until they are around 4 weeks old and are capable of exploring other types of feed. Even if they sample a bit of grass, you should not separate a kid from its mother until it is at least 9 weeks old.

Most of the goats live to be between 15 to 18 years old if they are provided with plenty of healthy food, adequate shelter, and medical care. Alpine goat herds often suffer from viral diseases like CAE, which can cause swelling in the joints and will bring significant discomfort to the animal. Other problems may relate to udder development and health, especially if your doe is expected to breed many times across her lifespan.

View all 81 animals that start with A

Alpine goats are herbivores that mostly prefer to live off grass. When they’re not grazing in the pasture, alpine goats enjoy eating hay, corn, vegetation, and other greens in general.

What is an alpine goat?

Alpine goats are the most popular type of domestic goat breed. These ruminant mammals have horns, produce milk, and live in herds. Other unique characteristics include the alpine goat’s large size and noticeably aesthetic appearance.

What are alpine goats called?

How much milk does an alpine goat produce per day?

The average alpine goat produces around two to three quarts of milk every day. Pregnant does might produces as much as a gallon a day, but these amounts can fluctuate significantly during the gestation period.

How big do alpine goats get?

Most alpine goats weigh between 135 and 170 pounds and stand at around 30 inches tall. Female alpine goats are usually shorter and smaller than their male counterparts.

How much does an alpine goat cost?

Single alpine goats usually cost around $500. In addition to the original purchase price, you should expect to pay about $1,500 a year in upkeep costs. One of the disadvantages of only owning one or two goats is that the upkeep costs are more expensive; if you own an entire herd, you can expect to see costs reduced to as little as $1,000 per head or even less.

What colors can alpine goats be?

Alpine goats usually come in some combination of white, black, grey, tan, copper, and brown. There are several different color patterns that can be found in breed registries, including Cou blanc, Chamoisée, Sundgau, and Pied. Most alpine goats are generally one base color with either white or black patches that match their labeled pattern.

What is a mini alpine goat?

Mini alpine goats are a new and rather experimental breed that has been produced for hobby farms. These goats share many of the same characteristics as their full-sized counterparts, including sweet personalities and hardy physiology. However, although these goats might produce a small amount of milk, one of the facts that new owners must recognize is that they are not appropriate for large-scale dairy operations.