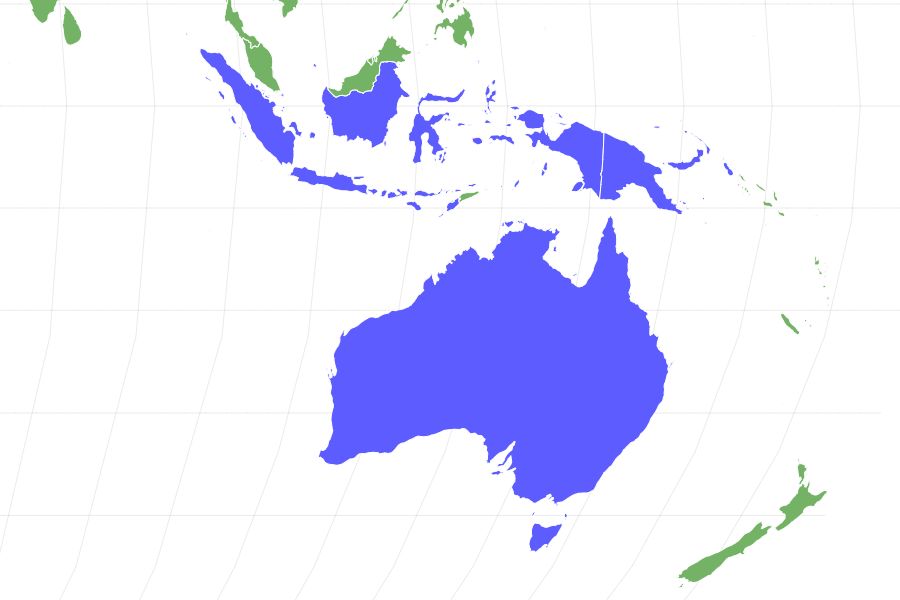 View all of our Arafura File Snake pictures in the gallery.

View all of the Arafura File Snake images!

“This snake reproduces every 8 to 10 years.”

The Arafura file snake is an aquatic snake that inhabits freshwater lakes and streams in Australia. This non-venomous snake is known for its unusual, coarse skin and its large size.

• It gets its name from its coarse skin, which feels like a nail file.
• While it’s a water snake, it can move on land if it has to.
• It reproduces every 8 to 10 years.
• It eats only once a month.

Where to Find Arafura File Snakes

These snakes are native to Australia, Indonesia, and Papua New Guinea. They prefer shallow water along the banks of streams or lagoons. They may also be found in saltwater bodies that feed the ocean. You are most likely to see them in lowland lakes, rivers, ponds, and wetlands. These are mostly in the Northern Territory, Queensland, and the western part of the country.

Its scientific name is Acrochordus arafurae. The name comes from its loose, rough scales, which are very coarse. This coarse skin allows the file snake to hold onto its prey without slipping.

The name Arafura comes from this snake’s connection to the Arafura Sea, which is a sea that links the Pacific Ocean and the Indian Ocean. It is located between New Guinea and Australia and lies on top of the Arafura Shelf. The snake was originally spotted in two rivers that connect to the Arafura Sea.

It is also known as the elephant trunk snake or the wrinkle file snake.

The file snake is classed as “least concern” for conservation status by the International Union for the Conservation of Nature (IUCN). It is abundant in most of the countries where it lives, and it is not a species of special conservation concern.

Like all snakes, the Arafura file snake has suffered population losses because of habitat loss and other factors. In Australia, the introduction of the invasive cane toad has affected many native species, including snakes. Cane toads are very poisonous, and their toxin can kill many species that eat them. The Australian government has been working with wildlife organizations to combat the effects of these invasive pests. One program that has worked well has trained crocodiles and lizards to recognize and avoid the taste of cane toads.

How to Identify Arafura File Snake: Appearance and Description

The Arafura file snake can grow up to 5 feet long. Females are usually longer and heavier than males.

This snake has very distinctive skin. It has small, keeled scales, which stick up and give the scales a rough texture. The skin is also very loose and baggy. You can tell you have a file snake if it has eyes and nostrils on top of its head. This placement allows the snake to breathe above water while its body stays underwater.

It is normally light brown or gray with a distinctive black pattern. The pattern begins at the head and forms a series of crossed bands down the snake’s body. The belly is usually lighter in color.

Arafura File Snakes are not venomous. They are freshwater snakes that are harmless to humans.

Arafura file snakes spend most of their time in the water, but they will walk on land if they need to travel. When they do, despite their size, they are easy prey for predators because they’re slow on land.

These snakes are an important food source for many first peoples in Australia. They hunt for the snakes by pulling them out of the shallow water near riverbanks. Pregnant female snakes are especially prized,

Arafura file snakes are ovoviviparous, which means they develop eggs that hatch inside the female. After gestation, the female gives live birth to litters that can range from 10 to 27 baby snakes. Gestation takes about three months. They reproduce infrequently and may only do so every 8 to 10 years.

The Arafura file snake is abundant in the waters of Australia, Indonesia, and Papua New Guinea. Its unusual scales and large size may make it look scary, but it is a docile, harmless snake.

No, they are not venomous.

They hunt at night. They investigate cavities and hiding places along riverbanks and mangroves. They capture their prey with their teeth and tails, and they use their rough skin to keep the prey from slipping away.

Fish make up most of their diet. They’re able to catch and eat fish that are larger than themselves. Juvenile file snakes eat small fish, toads, and frogs.

These fish also seem to be on a strict diet. Most file snakes only eat about once a month. Biologists say this is because they use the calories from their food very efficiently.

No, they are not aggressive. Because they move slowly on land, they are easy for other predators to catch and eat.

What is a baby Arafura file snake called?

You can call it a juvenile or a snakelet. These snakes reproduce infrequently. After a gestation of three months, the female gives birth to a large litter of baby snakes.

They are native to Australia, Indonesia, and Papua New Guinea. They live in fresh bodies of water, including lakes, rivers, ponds, and lagoons.

Can you own an Arafura file snake as a pet?

This snake would not make a good pet because it needs a large freshwater body, plenty of logs for hiding, and the ability to hunt for food. It also dislikes being handled and can suffer from stress. If you want a pet snake, other species are more adaptable to small spaces in captivity.

What is the West African file snake?