Basenji Dog as a Pet:

Click through all of our Basenji Dog images in the gallery. 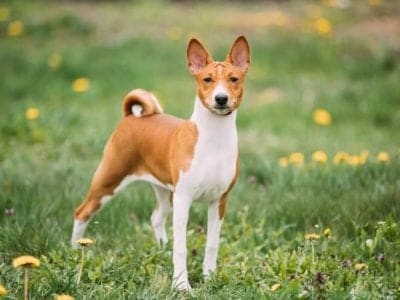 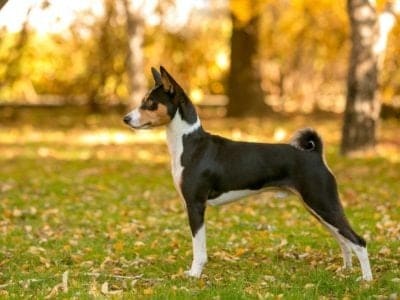 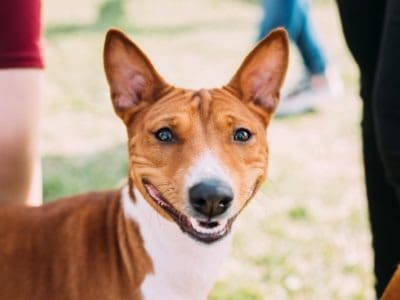 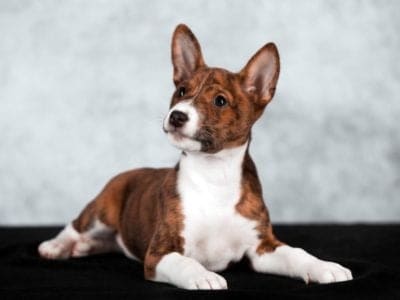 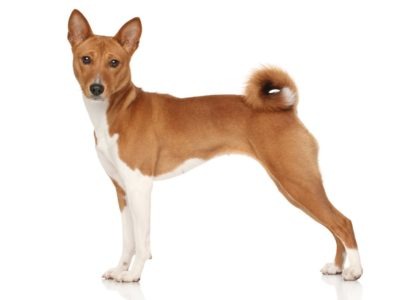 View all of the Basenji Dog images!

They are known as a “barkless” dog, but they aren’t exactly quiet either. Instead, they express themselves through various noises, like yodeling. In fact, these dogs can be quite vocal, ensuring that their owner always knows what is on their mind. They are known as a “cult” breed and are usually small in numbers. These dogs are hypoallergenic which means that they do not shed at all, due to their breeding.

Though Basenjis are bred to be hypoallergenic and a defensive dog, their DNA puts them at risk for many conditions. Hip dysplasia, which occurs when the hip muscles aren’t formed properly, is one of the most common issues. However, this is a common issue in dogs with longer legs.

Basenji dogs have a history of corneal dystrophy, which is an eye disease that occurs when too much fluid goes into the cornea. Admittedly, it is rare that this issue will arise, but it can be rather severe in Basenji puppies if both the male and female parents have it.

Patellar luxation may also occur in Basenjis. This condition causes the kneecaps of the dog to move from where they are meant to be. A big sign that the dog is going through this problem is if they start hopping for a few strides, holding one of their back legs off of the ground.

Health and Entertainment for your Basenji Dog

Some of the other diseases that these dogs suffer from include progressive retinal atrophy (degeneration in the retina), enteropathy (inflammation in the bowels that reduces protein absorption), and Fanconi syndrome (the inability of the kidneys to use water, causing frequent urination).

Therefore, the health issues that the Basenji dogs face include:

Basenji dogs are also known to show destructive behaviors when left alone for a long time at a stretch.

How to Take Care of a Basenji Dog

In order to own a Basenji dog, you would want and need to know how to properly take care of it. The dog was specially bred for individuals that want a more sinus-friendly pup, but it also comes with some special needs.

Here are some things that you should know about the breed:

Basenji dogs should ideally be fed meat as the core ingredient in their diet. These dogs are not known to be lovers of dry food. You could also add some raw vegetables to the food for your Basenji dogs or canned pumpkin works fine too.

If you want to cook the vegetables, blanching and pureeing them is best. Avoid pork at all costs and provide variations from day to day to ensure that they have broad nutrition that keeps them healthy.

Basenji dogs do not need a lot of grooming. They are tidy and like to keep themselves very clean. They only need to be bathed every four to six months. You will also need to remove their dead hair and/or coat every few months.

This dog breed is highly intelligent which means that these dogs are quick at picking up commands. However, it could be difficult to obedience train your Basenji dog. They can be trained with a lot of dedication as well as hard work.

It is also easier because these dogs always want to please the owner. However, what would make the training easier would be to make the Basenji dog believe that whatever task is assigned was his or her idea. That way, the training is done very easily.

Basenji dogs are very energetic. Therefore, they need a lot of physical activity each day. However, they are good climbers, and therefore, if you want your dog to remain inside an area, you should have tall and strong fencing around it. Swimming is not an option for them as they do not like being around water at all.

Basenji puppies are fed the same way except for the fact that they have to be fed a greater number of times a day since their small stomachs cannot digest a lot of food at once. Basenji puppies are also easy to train and would develop habits much quickly, so it is better to start training these dogs as young as possible.

Basenji dogs are known to be affectionate and energetic and are very playful, especially with the children in the family. These dogs are safe with children, offering protection when strangers are around. Though they experience some separation anxiety, they are loyal companions to their families.

As strong and caring as Basenjis can be, they aren’t the right match for everyone. Here are some dogs that are similar to the Basenji dog, making it a little easier to make a choice.

Basenji dogs have been owned by several famous people in the past. Though its heritage comes from Congo, both the queen of the Netherlands and the king of Thailand owned Basenji dogs. Several TV stars also have owned these dogs, like Kelsey Grammar.

Apart from their owners, Basenjis are famous in their own right. Animated movies and television shows seem to adore this type of dog. While they have been featured in episodes of The Wild Thornberrys and Pound Puppies, they can also be found in films like Soulmate and Tales of Halloween. Though the footage didn’t make the cut, Basenjis made an appearance in Ace Ventura: Pet Detective.

These dogs are even in books. Ever read Good-bye, My Lady by James H. Street? The main character that the book is named for is a female Basenji, and it eventually became a movie with Sidney Poitier and Brandon de Wilde. In fact, Brandon de Wilde even kept the dog when filming was over.

Here are a few popular names for Basenji dogs:

What is a Basenji dog?

It is a type of hunting dog and is very intelligent and smart.

It is a medium-sized dog with long legs and a sturdy body. It has short hair all over its body and the eyes are shaped like almonds.

No, these dogs do not usually smell.

Basenji dogs bark very little and make a mix of other sounds as an expression of communication.

How much does a Basenji dog cost to own?

Is a Basenji dog good with kids?

Yes, these dogs are great around kids and are very playful and energetic.

How long does Basenji dog live?

The lifespan of a Basenji dog is about 12 to 14 years.

Basenji Dogs are Omnivores, meaning they eat both plants and other animals.

What Kingdom do Basenji Dogs belong to?

What class do Basenji Dogs belong to?

What phylum to Basenji Dogs belong to?

What family do Basenji Dogs belong to?

What order do Basenji Dogs belong to?

What genus do Basenji Dogs belong to?

What type of covering do Basenji Dogs have?

Basenji Dogs are covered in Hair.

How many babies do Basenji Dogs have?

The average number of babies a Basenji Dog has is 5.

What is an interesting fact about Basenji Dogs?

What is the scientific name for the Basenji Dog?

The scientific name for the Basenji Dog is Canis lupus.