The 15 Laziest Animals in The World

Sure, last weekend, you enjoyed a 32-hour stream-a-thon and are now social media friends with the delivery driver. Still, you’re probably more active than the layabouts who made our 15 laziest animals in the world list!

Cuckoo birds do a lot of flapping around, but they’re lazy parents! Instead of incubating their own eggs, cuckoos lay them in other birds’ nests! It’s known as “brood parasitism,” and practitioners can disguise their shells to resemble the eggs of their “sitters.” Offloading parenting responsibilities? That definitely qualifies as lazy!

Cuckoo birds enjoy a “cosmopolitan distribution,” meaning they live on every continent except Antarctica.

Lemurs are lethargic loafers who sleep 16 hours a day. Typically, they spend their waking hours alone and eating. But when it’s time to hit the hay, lemurs convene and form sleep pods.

Mainly found in east coast of Africa, the only habitat for wild lemurs exists. Interestingly enough, some lemur species were introduced by humans to different parts of the world. All and all, there are over 100 different species of lemur in all shapes and sizes. Although, lemurs are a female-dominant species, meaning there are more females than males.

Both of which are pretty lazy!

Lemurs only live in Madagascar, an island country off Mozambique‘s coast. Click here to learn more about lemurs, one of the most endangered animals on Earth.

Pigs enjoy a good mud frolic. They also value sleep and do it for about 12 to 14 hours a day! Being social animals, pigs love to cuddle up for naps. To ensure they’re happy and healthy, farmers keep their slumber pens dry, balmy, and draft-free.

Pigs were the first animals domesticated by humans. Click here to learn more about pigs, which have four toes on each foot.

Most sharks are perpetual motion machines because their breathing apparatus requires movement. But not the nurse shark, affectionately known as “the couch potato of the sea.” The species can pump water over its gills without moving, allowing individuals to chill on the ocean floor for over half the day — every day. At night, they forage. But nurse sharks don’t require much food, and what they do eat is lazily sucked up, not hunted.

Nurse sharks have litters of up to 25 pups! Click here to learn more about nurse sharks, which are commonly found in Central American waters.

Giant pandas perfected the art of segmented sleep. The iconic black-and-white bears sleep about 12 hours a day in three-hour stints. Why so much shut-eye? Blame it on the bamboo, their main food source. Pandas love it, but bamboo is low on nutrients, so they must eat at least 44 pounds a day to stay alive! All that chewing and digesting tires out the system.

Giant pandas don’t enjoy meal variety. Instead, bamboo makes up 99 percent of their diet! Click here to learn more about giant pandas, which are losing their habitats at alarming rates.

Echidnas are prickly, ground-dwelling mammals that sleep 12 hours a day. And who can blame them! The poor echidnas are stuck in Australia’s hot zone, but they can’t sweat or pant to cool themselves down! At night, they wake and slowly forage for food. But once the sun rears its head, it’s back to slumbering in the shade.

Echidnas are one of two mammals that lay eggs. The other is the platypus. Click here to learn more about echidnas, which used to be called the “spiky anteater.”

The only nocturnal “true monkey,” owl monkeys, with their 17-hour slumbers, easily made our list of laziest animals. Also known as “night monkeys,” they eat and socialize after dark. The vocal primates live in family units consisting of monogamous parents and their dependent offspring. In owl monkey world, dads are the primary caregivers.

Own monkeys have super night vision but can’t see colors.

Pythons have fierce reputations, but a closer look at their lifestyle reveals a lazy reptile. The feared slitherers sleep up to 18 hours a day. When awake, they move about as fast as stop-and-go traffic!

Why so lazy and slow? Pythons only eat once a week, and it takes gobs of energy to digest their wholly swallowed prey. Skin shedding is another energy suck. To prepare, pythons must sleep for an entire week straight!

Pythons are one of the largest snake species and can reach up to 23 feet and weigh 200 pounds! But they don’t have venom. Instead, pythons squeeze their prey.

Considering their gargantuan size, it’s no wonder that hippos fall on the lazy side of the activity scale. The giant mammals sleep 16 to 20 hours a day and nap in large groups. Land or water, hippos aren’t picky, they can nab some shut-eye nearly anywhere! At night, when the sun is out of sight, they lumber around in search of food. When hippos stumble upon a fertile stretch of land, they can stand in the same place for five hours and graze! Talk about meditative!

Hippos tip the scales at over 7,000 pounds! Click here to read more about hippopotamus, which don’t eat meat.

Cats are lots of things — and one of them is lazy. Sure, when awake and catting, they’re agile, quick, and a pleasure to watch. But domesticated felines are only up for about eight hours a day. And of those eight hours, they lounge for six or seven! Researchers believe the house cat sleep pattern is a genetic legacy from when they hunted on the Sahara and needed to conserve energy to catch prey.

Cats’ hearing is five times better than human adults. Click here to learn more about house cats, which were first domesticated by the ancient Egyptians.

They move at glacial speeds and sleep 18 to 20 hours a day. They’re opossums, and once they find a cozy spot with nearby nourishment, they don’t budge.

Opossums are the only marsupial in the United States and Canada. Click here to learn more about opossums, which have more teeth than any other land animal in North America.

Sloths are the poster children for laziness. The notoriously slow-moving tree-hangers sleep about 20 hours a day. When awake, their speed is set to molasses. But give credit where credit is due: two-toed sloths are marginally faster than three-toed ones.

Genetically, sloths are closer to armadillos than monkeys. Click here to learn more about sloths, which only go to the bathroom once a week!

Koalas are the cutest — and they also rank among the laziest! The adorable fur balls only wake for two to six hours a day! Like giant pandas, Koalas’ near-constant state of slumber is food-related. Since most of their diet is eucalyptus, a super-high-fiber food, digesting it requires all the little koalas’ energies.

People often call koalas “koala bears,” but it’s a misnomer. Koalas are marsupials, not bears. Click here to learn more about koalas, which have opposable thumbs.

Lions may be the kings and queens on the jungle scene, but they’re also pretty lazy. Did you know that lions sleep 18 to 20 hours a day? But it’s understandable because Lion habitats are hot, and hunting big prey requires tons of energy. Sometimes, to prepare, they snooze for a full 24!

Lions are very social animals that live in familial groups called prides. Click here to learn more about lions, whose roars can be heard five miles away.

Pygmy blue tongue lizards don’t enjoy interacting with the rest of the world, and they’re hyper-cautious about predation. The skittish pygmy blue tongues spend their lives hanging out in spider caves and don’t leave unless forced. For sustenance, they sit with their mouths open and wait for food to fall in. The same goes for water; they rely on raindrops landing on their tongues.

Scientists believed the pygmy blue tongue lizard was extinct in the not too distant past — but it turns out the sneaky reptiles were just hiding!

It’s one thing to snooze most of the day away and only expend enough energy to feed. It’s quite another to freeload at someone else’s expense! That’s exactly what the Zoologger beetle does, a recently discovered species native to Cambodia. Zoologgers take up residence in the nests of the Macrotermes gilvus termites, and trick the adults into believing they are termite larvae with a chemical they secrete. These particular beetles have a unique feature–a handle on their backs. The unsuspecting termites pick these beetles up by their handles and carry them to where the food is. So essentially, these beetles get a free ride and free food without lifting a finger!

We love animal quizzes! So here’s one focusing on the laziest animals on Earth!

And that’s our list of the laziest animals on Earth. Next up: The oldest animals alive right now!

Summary of the 15 Laziest Animals in the World

Here’s a look back at 15 animals that are so lazy it’s ridiculous: 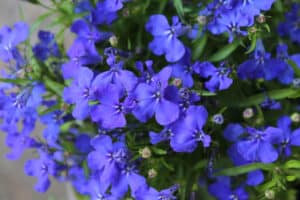