Blister Beetles are attracted to lights at night. 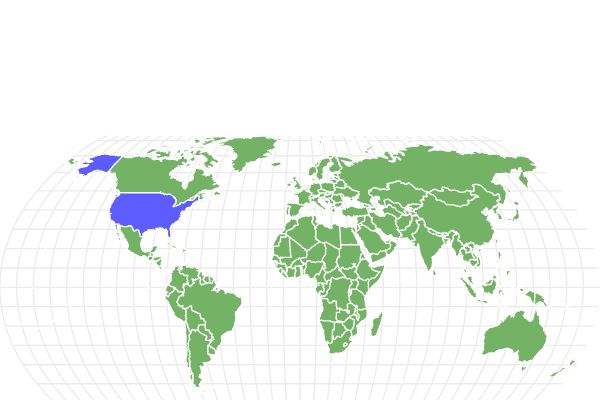 View all of our Blister Beetle pictures in the gallery.

View all of the Blister Beetle images!

The blister beetle, also known as an oil beetle, is a family of plant-eating insects which have the ability to excrete a toxic substance from their joints when feeling threatened.

This fluid, called cantharidin, can cause painful swelling, irritation, and blistering on the human skin. These symptoms disappear after several days, especially with the application of dermatitis treatment, and rarely leave behind any long-term effects.

Nevertheless, blister beetles actually cause quite a lot of damage to crops and plants. They also pose a more serious threat to livestock such as horses, cattle, and sheep, which may accidentally ingest large quantities of cantharidin if it’s ground up in hay. The toxin, which persists long after the death of the beetle, may cause irritation and inflammation of the digestive and urinary tract, and depending on how much is ingested, there is the possibility of death after about 72 hours. For these reasons, it is considered to be more of an agricultural or livestock pest rather than an indoor pest.

The family name of the blister beetle is Meloidae. It’s not exactly clear what this name refers to, but it was thought to be first named in 1810 by the Swedish entomologist Leonard Gyllenhaal (who, interestingly, was an ancestor of the actors Jake and Maggie Gyllenhaal). There are some 7,500 recognized species worldwide spread across dozens of different genera. Well-known members of this family include the red-headed master beetle of Arizona, the black blister beetle of North America, and the three-striped blister beetle, also from North America. Most species don’t have a name beyond the scientific name; they’re poorly understood and under-studied.

Appearance: How to Identify Blister Beetles

The blister beetle varies quite a bit in size and shape, but most species are characterized by a wide head, a narrow thorax (the midsection), and a very long, cylindrical, or ball-like abdomen. They have two pairs of soft wings, in stark contrast to the hard front wings of most beetles. The blister beetle announces its toxicity with a colorful flourish. Against a black or gray base, many of their bodies have bright red, green, or yellow markings to signify their danger to potential predators. The red-headed master blister beetle of Arizona is one of the largest species, measuring more than an inch long. Most of them are not much larger than a coin.

Habitat: Where to Find Blister Beetles

The blister beetle is found in almost any warm or temperate habitat in the world with a sufficient amount of flowering plants to feed on.

The blister beetle is generally omnivorous. It feeds on both insects and plant matter during its lifetime.

What eats the blister beetle?

The blister beetle is preyed upon by a large number of different mammals, birds, reptiles, and frogs. However, the painful toxin is a potent deterrent for any would-be predator that hasn’t evolved any protection against it.

What does the blister beetle eat?

The feeding habits of the blister beetle change throughout its life cycle. As a larva, the beetle feeds on immature bees or grasshopper eggs, sometimes following an adult back to their nest. As an adult, the beetle feeds on the flowers, nectar, and leaves of plants. Their most common targets include ornamental and vegetable crops.

Blister beetles do not pose much of a problem for most people, but they can sometimes make themselves a nuisance for farmers and gardeners by damaging crops and plants. Farmers should look for signs of blister beetle activity frequently throughout the harvesting season. Once they’re well-established, the blister beetles are hard to remove. Fortunately, they will usually gather together in large clusters out near the edge of the field, making them easier to spot. They are particularly attracted to alfalfa plants and weeds, although they also feed on tomatoes, potatoes, peppers, eggplants, and other vegetables.

As long as you’re only dealing with a small garden, the best strategy to control their numbers is to pick up the blister beetles by hand (with gloves on for protection) and place them into a small container. Large-scale infestations are much more difficult to control and may necessitate the use of chemical pesticides. Another solution is to change the timing of the harvest before the flowering attracts the beetles to the field. If they somehow end up lodged in the hay, then there are a few potential solutions. Swathing hay without crimping usually allows them to escape the hay without any damage. Raking the hay will also remove some of the blister beetles.

What is a blister beetle?

The blister beetle is a plant-eating insect from the family of Meloidae. They are mostly defined by their ability to produce a caustic substance called cantharidin that produces pain and blistering on the skin.

Yes, the blister beetle can be quite harmful to humans. When it feels threatened, the blister beetle will excrete a toxic liquid that causes swelling, irritation and blistering on the human skin. However, this substance rarely leads to any long-term effects or scarring, and the symptoms usually clear up in a week or two. Some kind of soothing gel or cream, combined with soap and cold water, should act as a suitable dermatitis treatment for the beetle’s toxin. They can also harm livestock if accidentally ingested.

Blister beetles do not normally bite people. Instead, they deliver a painful toxin when they feel threatened that may need dermatitis treatment. The bite itself is fairly harmless.

How many legs does the blister beetle have?

Like all insects, the blister beetle has six legs.

How do you get rid of the blister beetle?

Pesticide use is an effective option to control blister beetle numbers. If that isn’t a consideration, however, then it’s a good idea to work around the behavior of the beetles. Harvest your crops before their arrival.

Where are blister beetles found?

Blister beetles are found in warm or temperate habitats all over the world, usually hanging out near flowering plants.

The blister beetle is a soft-bodied insect, medium in size, with a wide head, narrow thorax, and long, cylindrical or bulbous abdomen. Otherwise, they come in many different sizes, colors, and body shapes. Many have bright and colorful markings to warn predators of their toxic nature, but this is not universally true. Some species have a rather uniform black or gray exterior.

How do you identify the blister beetle?

The blister beetle comes in so many different colors and shapes that it may be difficult to distinguish them. The small neck or thorax, narrow abdomen, and relatively soft body are the easiest methods. Some also have colorful markings on their body.