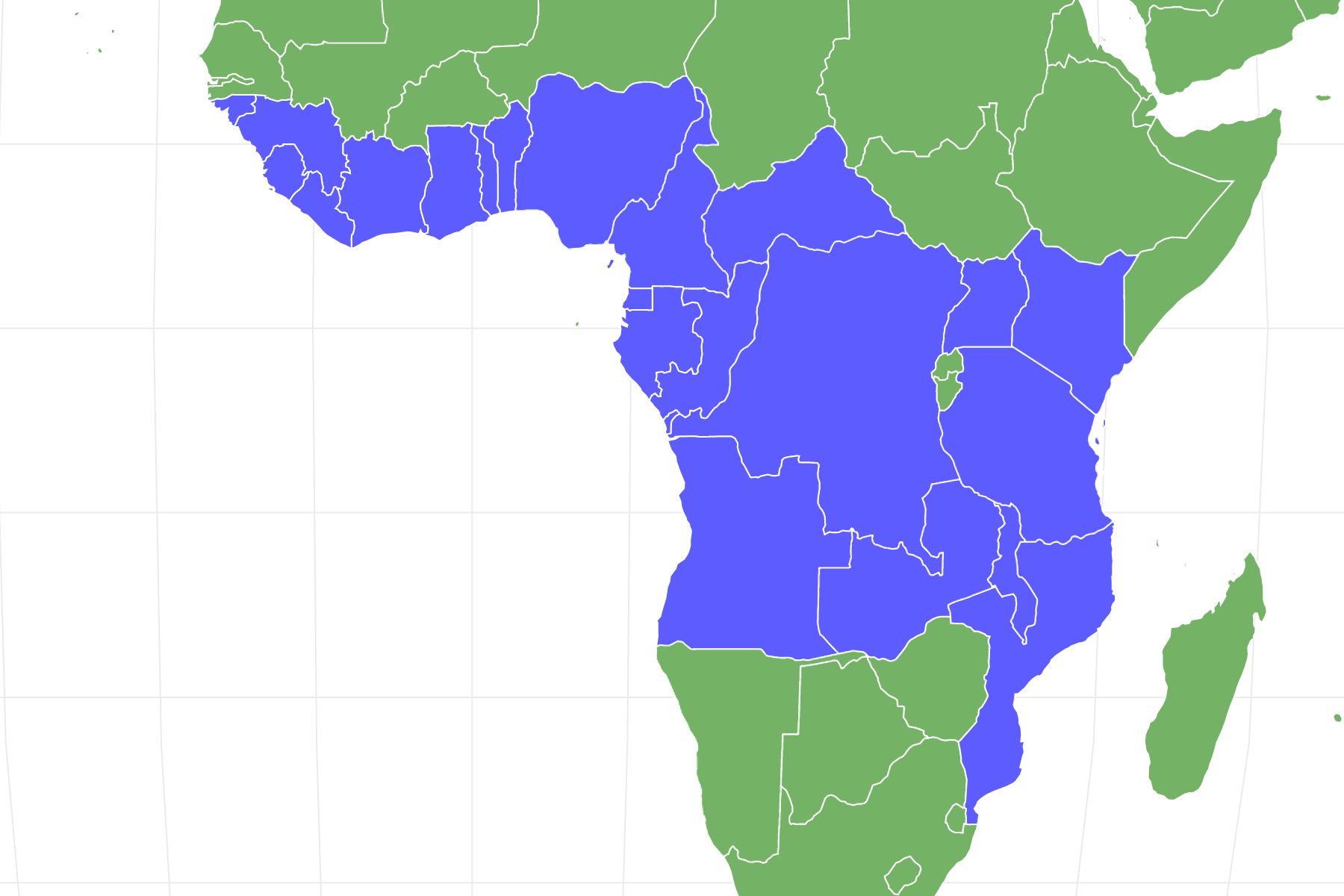 View all of our Bush Viper pictures in the gallery.

View all of the Bush Viper images!

The bush viper is a venomous reptile in Africa. The snakes typically prefer low and thick flowering bush and rainforests. A solitary creature, the bush viper is arboreal and terrestrial. Their colors make for exceptional camouflage. They blend into their ecosystems and ambush prey.

Bush vipers are predators, sinking their fangs into prey while dangling from a tree limb. The viper’s diet is primarily small mammals and reptiles like lizards, toads, and birds. For the hunt, the bush viper uses two hollow front fangs.

When they bite, prey gets injected with a hemotoxic venom that cripples its defenses. With a weight of between four to eight pounds, the snakes are extremely quick, capable of taking out prey in milliseconds after remaining still for long periods.

Did you know these curious identification facts about the bush viper?

Where to Find the Bush Viper

Types of the Bush Viper

Bush vipers are members of the genus Atheris. There are a variety of species in that genus.

Vipers have a skin of keeled scales, helping them blend into their surroundings. All members of the species are venomous and unpredictable.

Here are some of the more common species.

The Unzungwe (Atheris barbouri) is commonly known as the worm-eating viper. They hide in the mountains of Tanzania. The Unzungwe bush viper is one of the viper family’s smaller reptiles. They have round, large eyes in their triangular heads.

The beautiful Atheris ceratophora is also called horned bush viper, eyelash bush viper, and horned tree viper. Their appearance is distinguished by protrusions above the eyes that resemble horns.

With its soft green body and light yellow spotting, the West African bush viper (Atheris clorechis) is slim-bodied with a long tail. They grow between 20–28 inches in size. Like its cousins, this viper waits long periods for prey to cross into its territory.

The Atheris desaixi has black/green to charcoal colors with pale yellow tips on its scales. The various hues of yellow create a swishing pattern. These snakes are unique to Kenya, hence the name.

The Tai viper, or Atheris hirsuta, resides exclusively in the Tai National Park on the Ivory Coast. Not much info is available on them. Facts are few of these snakes have had their picture taken.

Mozambique‘s Mount Mabu is the only place you’ll find the forest viper (Atheris mabuensis). The keeled scales on these predators are prominent in colors of brown blended to leave an eye-catching pattern highlighted by golden eyes.

The Atheris matildae, or horned viper, is one of the more recent discoveries in the snake kingdom. They resemble the Usumbara bush viper and are the only other bush viper with horn-like protrusions above its eyes.

Among many of the Great Lakes snakes’ nicknames are the black and green bush viper, sedge viper, and Nitsche’s tree viper. They’re in parts of Africa, including the Central African Albertine Rift forests and the eastern DR Congo. The Atheris nitschei is olive green with black markings.

The bush viper (Atheris squamigera) inhabits Central and Western Africa with a geographic range that extends from Kivu province Kamanyola to the Takamanda Forest Resort in Cameroon.

Other common names for this reptile are variable bush viper, green bush viper, leaf viper, and Hallowell’s green tree viper. Like any viper, a major identification of the species is that venomous toxin.

The bush viper is a big family and found only in the wilds of Africa. The population is healthy enough that no one’s keeping track of it. This is due to their remote locations, nocturnal activities, and the animal’s unpredictable nature. Facts are not even the International Union for Conservation of Nature has gotten around to assessing the snake’s status.

Identification of the Bush Viper: Appearance and Description

Atheris squamigera will grow to about, head to tail, 18 to 24 inches. The largest snake might reach 31 inches. Females tend to be the larger of the species.

Read here to learn about the largest vipers in the world.

Bush Viper Venom: How Dangerous Are They?

Extremely. At the very least, the venomous viper’s toxic bite will create local pain, tissue damage, swelling, or coagulopathy. Bites from other species can lead to kidney, pituitary gland, and adrenal damage.

There is always the possibility of viper snake bites being fatal. Scientists believe one species, the saw-scaled viper, is responsible for more human deaths than all other snakes combined.

The bush viper is a solitary creature, not likely to even spend time with its own kind outside of mating season.

Facts are the snake puts a lot of energy into not being around humans, finding habitats away from them. The animals make lousy house pets for a number of reasons, most notably being venomous predators.

How dangerous is a bush viper?

The creatures have a neurotoxic venom that can damage internal organs and worse. And there is no antitoxin to prevent the harm.

What eats the bush viper?

Predators that the bush viper keeps an eye out for are birds and larger animals. The snake’s venom doesn’t come into play when the animal is under attack. The venom has to enter the bloodstream to do damage. If the snake’s part of another animal’s diet, stomach acids degrade toxin acidity and make the reptile edible.

What is the bush viper's lifespan?

The lifespan of the variable bush viper is dependent on the species. Generally, these creatures have a lifespan between 10 and 20 years.

Is a bush viper a good pet?

No. The most experienced herpetologist will tell you having this venomous snake in your habitat is a great risk.

How big can a bush viper get?

The average size is 18 to 24 inches, though there are records of vipers reaching a size of up to 31 inches.

Extremely. The toxic fangs can have a serious effect on the body, including death.

How do bush viper hunt?

They hang from tree branches, their colors allowing them to blend into the ecosystem. The snakes remain still until prey come too close before swiftly attacking.

Where does the bush viper live?

The bush viper is native to mostly central and west African regions.

What does the bush viper eat?

Reptiles like the dragon bush viper diet on small mammals and the occasional bird.