This breed is called the Gos d’Atura Catala in native Catalan and Pastor Catalan in Spanish, both of which roughly translate to mean Catalan Sheepdog 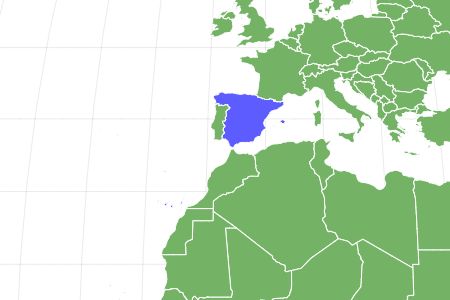 Name Of Young
Puppy
Fun Fact
This breed is called the Gos d’Atura Catala in native Catalan and Pastor Catalan in Spanish, both of which roughly translate to mean Catalan Sheepdog
Litter Size
3-6 puppies
Diet
Omnivore

Catalan Sheepdog as a Pet:

View all of our Catalan Sheepdog pictures in the gallery.

View all of the Catalan Sheepdog images!

The Catalan Sheepdog is a big, shaggy breed, lovable in appearance and temperament but driven by an insatiable desire to herd livestock. It hails from the Catalonia region in the northeast of Spain, which encompasses the city of Barcelona. The origins of the Catalan Sheepdog are unfortunately shrouded in mystery. One (implausible) tale suggests that it descended from two shaggy dogs belonging to Emperor Charlemagne, one of the most important figures of post-Roman Europe. A more likely theory suggests that this breed was produced from a mix of Roman herding dogs and local Spanish breeds.

Either way, this breed is highly bound up with the history of Catalonia, a semi-autonomous region of Spain with its language and culture. In the 1930s, this breed played an important role as messenger and guard during the Spanish Civil War on the Republican side. The victory of Francisco Franco in the war coincided with a period of decline for the breed. Despite a revival in its fortunes from the 1970s onward, it remains a rare but beloved pet in many parts of Europe. Unfortunately, it is less known in the United States. The American Kennel Club does not recognize this breed at all.

The Catalan Sheepdog is characterized by a long and wavy double coat, particularly soft and dense underneath. This coat is so long that it obscures the eyes, the head, and the muscular body. There are several accepted color combinations, including fawn, gray/white, black/tan, gray/black, and white/black/sable. A short-coat variation also exists, but it is considered to be nearly extinct.

3 pros and cons of owning a Catalan Sheepdog

The Catalan Sheepdog is a medium-sized breed with a fairly muscular frame. Males are quite a bit larger than females.

All reports indicate that this is a very healthy breed with a life span of 12 to 14 years, but it does suffer from few inheritable conditions. One of the most common is hip dysplasia, a developmental disorder in which a malformed hip may fit poorly in the socket, causing lameness and pain. Other problems include glaucoma, progressive retinal atrophy, epilepsy, and dental issues. Cancers and heart diseases are also leading causes of death in just about any dog breed. Talk with your breeder to ensure that all the proper medical tests have been done. Regular checks at the vet are also necessary to ensure the best possible health. In summation, these are the most common health problems:

Health and Entertainment for your Catalan Sheepdog

The Catalan Sheepdog has many of the personality traits of a proper herder: it is intelligent, protective, and devoted, always working to keep the herd together. While it was originally bred to be independent and free-roaming, this breed also exhibits extraordinary tenderness and gentleness toward the family. Keep in mind that this breed is very active both mentally and physically. It needs something or someone to interact with frequently throughout the day. If they don’t receive enough stimulation, then they might find an outlet for their energy in annoying and destructive behavior.

How to Take Care of the Catalan Sheepdog

The Catalan Sheepdog is probably not a good choice for casual or inexperienced owners. Their active, roaming minds and boundless reserves of energy require an owner who knows how to deal with a breed of this kind. A large house with a big yard is also recommended.

The Catalan Sheepdog will need about three cups of high-quality dog food every day. The exact amount should be based on the dog’s size, age, and activity level.

The Catalan Sheepdog has a long, dense coat that naturally takes care of itself. It still needs to be combed about two or three times a week, but the coat is otherwise very resistant to weather and dirt. The most difficult aspect of its grooming might be the need to trim the coat from time to time to prevent it from becoming too long and unwieldy. A professional groomer is recommended if you don’t want to take care of it yourself. Owners should also trim the nails about once a month to prevent them from cracking and clicking on the floor. Brush the teeth with a vet-approved product to prevent gum and teeth disease. Finally, check the ears regularly for signs of wax buildup or infection.

The Catalan Sheepdog should be a breeze to train. Owners will need to set clear and consistent boundaries without being harsh or mean, but these dogs enjoy having a task to perform and take to training with a certain amount of gusto. They’re also incredibly whip-smart.

The Catalan Sheepdog will probably need at least an hour of exercise per day. Long walks, while highly recommended, will not be enough to satisfy its needs. This breed will also benefit from vigorous exercise, games, fetching, agility challenges, and herding trials.

Like all puppies, the Catalan Shepherd will benefit immensely from early training and socialization. Training classes and daycare can help improve the dog’s overall behavior, but any positive interactions are beneficial. Owners might want to consider crate training as well. This can provide a safe space to help puppies with house training and behavioral issues. The one issue you need to keep in mind is that this breed does tend to herd both people and pets. This behavior can be recognized when the dog starts circling and nipping at heels. Since the dog can sometimes accidentally bite, owners should probably try to dissuade this behavior by setting clear boundaries and then channeling its energies into other pursuits.

The Catalan Sheepdog and Children

The Catalan Sheepdog is a gentle and loving companion for children of all ages. As mentioned previously, they do tend to nip at people. While this shouldn’t be mistaken for aggressive behavior, some children might not enjoy being nipped at. An adult should always be present to supervise interactions with children.

Dogs Similar to the Catalan Sheepdog

The Catalan Sheepdog resembles many other types of herding breeds:

The Catalan Sheepdog is something of an important symbol in its native Catalonia. A dog named Cobi was the official mascot of the 1992 Barcelona Olympics. Outside of Spain, this breed is probably best known from the film “Back to the Future” as Doc Brown’s canine assistant. Einstein, obviously named after the famous physicist, was the first test subject of Brown’s time machine in 1985. Copernicus, named after the Renaissance astronomer, was the dog Doc Brown owned in 1955. A Catalan Sheepdog named Colonel was also a character in “101 Dalmatians.”

Popular Names for the Catalan Sheepdog

If you’re still unsure about what to name your new Catalan Sheepdog, then you might want to consider one of the following options:

What is a Catalan Sheepdog?

The Catalan Sheepdog is a shaggy-haired herding breed from the Spanish region of Catalonia. It has many appealing qualities, including a gentle and affectionate temperament, a loyal sense of devotion to its owner, an active and intelligent mind, a hard-working physicality, and excellent health with a life span of 12 to 14 years. On the downside, they do require a lot of time and effort to care for.

How much does a Catalan Sheepdog cost?

The price of a new puppy will depend on the overall health and pedigree of the dog. If you plan to do business with a high-quality breeder, as you certainly should, then you will probably pay somewhere around $1,200 – and even more for a dog with a particularly excellent pedigree. Price conscious consumers might want to try adoption as an appealing alternative. The price for an adopted dog is usually no more than a few hundred dollars. Rescues are probably your best bet for adoption. However, since the Catalan Shepherd is fairly rare within the United States, there are fewer rescues and organizations specifically devoted to this breed. Europeans will probably have better luck finding a rescue organization or dog club.

How big do Catalan Sheepdogs get?

The Catalan Sheepdog normally grows no larger than 22 inches at the shoulders and weighs up to 55 pounds. The hair can make them look bigger than they are.

Yes, owners should expect this breed to shed its entire coat at least once a year. This is when matting is most likely to occur.

Is a Catalan Sheepdog hypoallergenic?

No, the Catalan Sheepdog is not considered to be hypoallergenic. While individual reactions will always vary, most allergy sufferers should probably avoid this breed.

How do you groom a Catalan Sheepdog?

Owners should expect to set aside some of their time to grooming. This breed should be brushed with a comb about two or three times a week. Since the coat remains naturally clean, bathing is rarely necessary. But you will probably need to trim the coat every month or two.