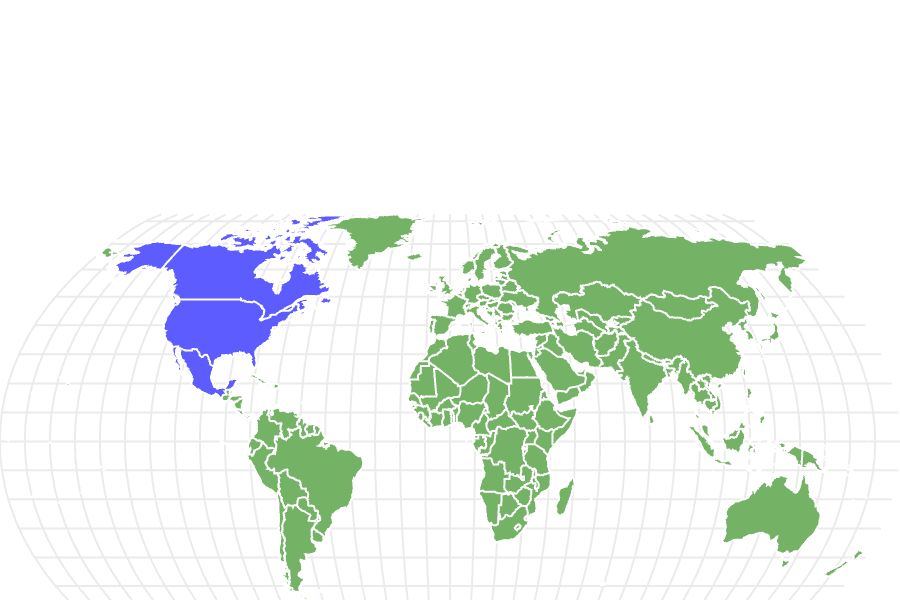 View all of our Common Grackle pictures in the gallery.

View all of the Common Grackle images!

“Their wintering flocks can grow to over one million individuals.”

The common grackle (Quiscalus quiscula) is a large blackbird native to North America, where it lives as a resident or short-term migrant in Canada, the United States, and Mexico. This species inhabits open country areas like groves, farmlands, and woodland edges. These gregarious birds are highly social and loud, chattering to one another as they perch atop trees and power lines. Discover all there is to know about the common grackle, including where it lives, what it eats, and how it behaves.

Where to Find the Common Grackle

Common grackles live in North America in five countries, including Canada, the United States, Mexico, the Bahamas, and Bermuda. This bird is a permanent resident in most of its range, but the northern populations migrate to the southern US during winter. These grackles prefer open to semi-open country areas, such as farmlands, groves, woodland edges, marshes, agricultural fields, suburbs, pastures, and towns. Look for them in large mixed-species flocks, foraging on the ground or in shallow water. You may hear these raucous birds before you see them.

Grackles nest in communities from 10 pairs up to 100 or more. They nest in areas with dense trees near open spaces, such as parks, woodlands edges, and groves. Females build a bulky open cup nest made with twigs, mud, and grass, lined with fine grass. She hides it in vegetation near water, around 20 feet above the ground.

The common grackle (Quiscalus quiscula) is from the Passeriformes order in the Icteridae family, encompassing New World blackbirds. The Quiscalus genus contains seven of the eleven grackle species. The common grackle has three recognized subspecies: the purple, Florida, and bronzed grackles.

The common grackle is a New World blackbird, measuring 11 to 13 inches and weighing 2.6 to 5 ounces, with a 14 to 18-inch wingspan. They have long bills, long tails, bright golden eyes, and flat heads. Adults have glossy purple heads, and their bodies are a bronze sheen. Females are smaller, have shorter tails, and are less iridescent in color. Juveniles are browner with dark eyes.

Grackles are highly social, congregating in large flocks to nest, forage, and fly. They may nest with other bird species, and their wintering flocks can grow to over one million individuals. These birds are also known for being loud, often clucking, screeching, and chattering with each other as they sit atop trees and power lines. These blackbirds are known to be bullies as they push other species out of the way while feeding at bird feeders. Outside their courtship aerial displays, grackles fly in a straight path with stiff wingbeats, reaching speeds up to 39 Mph.

The common grackle is a resident to short-term migrant in its range. They live year-round in the southeastern half of the United States. But populations that breed in the Northern US and Canada migrate to the Central and Southern US during the winter, occasionally reaching Mexico and the Bahamas.

Common grackles are omnivores who forage on the ground or in shallow water.

What Does the Common Grackle Eat?

They primarily eat insects but will also consume small fish, rodents, frogs, lizards, eggs, and young of other birds. Their insect diet includes beetles, grasshoppers, caterpillars, spiders, millipedes, and worms. They supplement their diet in winter with berries, seeds, grains, and acorns. The common grackle forages on the ground, in shallow water, or shrubs and trees. They feed in flocks and occasionally steal food and eggs from other birds. You may also see this species at backyard feeders.

The IUCN lists the common grackle as NC or “near threatened.” This species is undergoing a continuous decline in its population. However, the reduction seems to be slowing, and their population is more extensive than previously suspected, so the status is precautionarily listed as near threatened. The common grackle is a significant pest species due to its propensity for damaging grains, seeds, and fruit. It also spreads the fatal human respiratory disease histoplasmosis. Consequently, this grackle is the subject of population control and other deterrent measures.

What Eats the Common Grackle?

Grackle predators include domestic cats, raccoons, hawks, and owls. Squirrels and snakes are their primary nest predators who steal and eat their eggs and young. Males stand guard at their nests, and both sexes actively defend their site by mobbing, chasing, or diving at intruders.

Common grackles are typically monogamous and form breeding pairs in the spring. Courtship involves singing, posturing, and flight displays. Females lay an average of four to five pale blue eggs with brown blotches. Only the females incubate the eggs for 12 to 14 days, but both parents feed the nestlings (mainly insects). The young fledge the nest 16 to 20 days after hatching and reach sexual maturity around one year. They have an average lifespan of 5.6 years but can live up to 23 years in the wild.

The common grackle global population is estimated to number 69 million mature individuals. Despite its significant population, this species has undergone over a 60% decrease in North America over the last 40 years. However, researchers do not suspect future declines in this bird. Its primary reason for the decline is due to population control efforts.

Is the common grackle a pest?

The common grackle is a significant pest species due to its propensity for damaging grains, seeds, and fruit. It also spreads the fatal human respiratory disease histoplasmosis.

Grackles are loud bullies who congregate in large flocks and steal food or push out other species at backyard feeders.

Where do common grackles live?

Common grackles live in North America in five countries, including Canada, the United States, Mexico, the Bahamas, and Bermuda. They inhabit open areas like farmlands, groves, and agricultural fields.

How big is a grackle?

The common grackle is a resident to short-term migrant in its range. Populations that breed in the Northern US and Canada migrate to the Central and Southern US during the winter.

What do common grackles eat?

They primarily eat insects but will also consume small fish, rodents, frogs, lizards, eggs, and young of other birds.

Due to its pest nature, this species is the subject of population control and other deterrent measures. This species is undergoing a continuous decline in its population.

What are common grackle predators?

Grackle predators include domestic cats, raccoons, hawks, and owls. Squirrels and snakes are their primary nest predators who steal and eat their eggs and young.

How many eggs do common grackles lay? 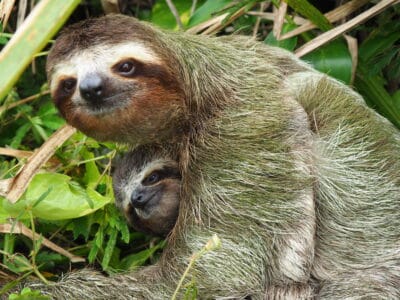 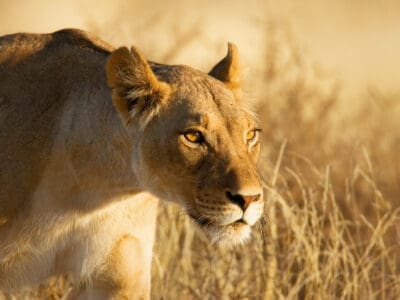 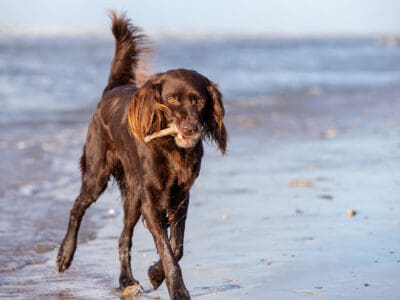 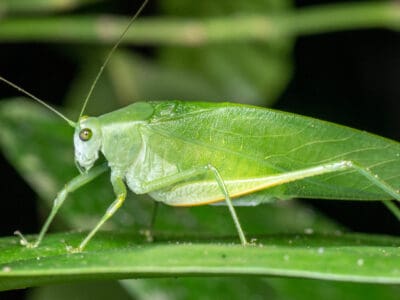 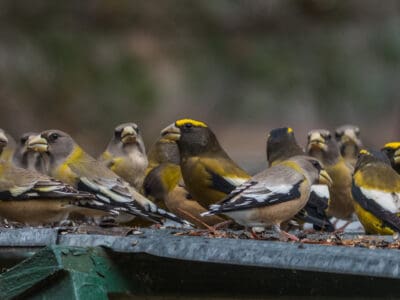 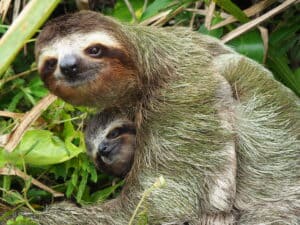