Click through all of our Beetle images in the gallery. 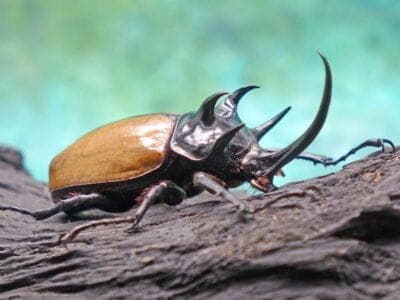 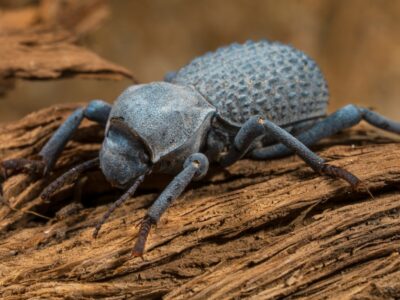 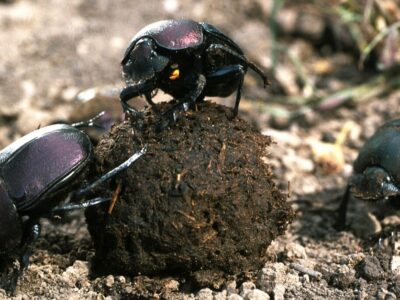 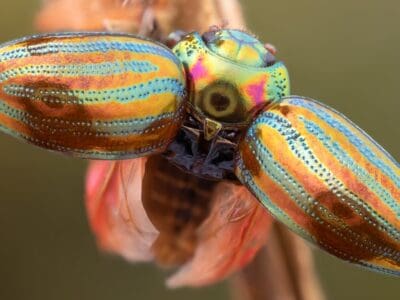 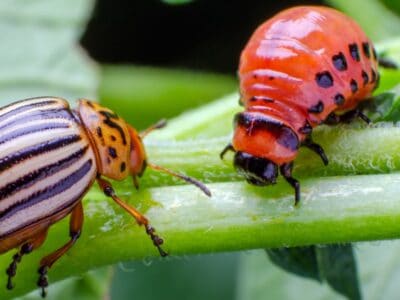 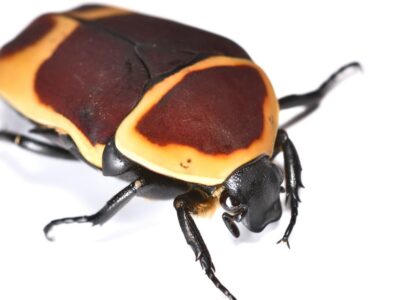 View all of the Beetle images!

“The beetle form the largest order of animals on Earth”

According to biologists, there are at least 400,000 species or types of beetle, all belonging to the Coleoptera order, the Endopterygota suborder, and a great variety of lower classifications. These insects make up one-quarter of all animal lifeforms, and most insects. They are found all over the world save in the oceans, Antarctica and the Arctic even though there are species built to withstand intense cold and others are at least semi-aquatic. Some are terrible pests, and some are beneficial. Though many are black or brown, others sport beautiful colors and patterns, with metallic or iridescent carapaces. They range from the smallest, Scydosella musawasensis to the largest, the Hercules beetle, which can grow to over 7 inches long.

Coleoptera comes from the Greek words for “sheath” and “wing,” because of the insect’s tough forewings. The lower classifications for Coleoptera are not only very numerous but complicated, with families and superfamilies and suborders based on what the animal eats and even tiny structures on its head, its mouthparts or its hind legs. Here are some of the more populous families, superfamilies, suborders, infraorders and tribes:

The scientific name for some popular beetles are:

Appearance: How To Identify Beetles

The adults always have wings, and their front wings are hard and are not used for flying. Instead, they are used to cover the hind wings, which are used for flying. When they close, they form a straight line down the back. The forewings extend all the way to the back of the abdomen. If they don’t extend to the back of the abdomen, the insect is considered a true bug.

The body can be long, cylindrical, round, half-round or flat with chewing mouthparts. They can come in shades of black or brown, but many are brilliantly colored. Their antennae almost always have 11 segments but can be short or longer than the body. They have large and well-developed compound eyes, and their legs have evolved for the insect to run, jump, swim, grasp and dig.

The larvae live in the ground, or bore into dead or live wood, roots or seeds. Some eat other invertebrates, carrion, rotting vegetation or fungi and pupate in the soil, in wood or under decaying bark. Most don’t spin a cocoon. Some larvae are parasitic and live on or in a live host.

Habitat: Where to Find Beetles

These insects can be found just about anywhere. Even a cursory glance at a tree or a shrub or plant will disclose some kind of beetle, which may be actively eating the plant or simply resting on it. They are found under rocks, under old bark, in rotting logs, and in dung heaps. They are found in and around food, on clothing, rugs, carpets, and upholstery. If a porch light is turned on, they will come flying to it.

Aquatic beetles are mostly found in freshwater, though some of them do live in the shallow waters near the shore. The adults often carry an air bubble or have a modification to their exoskeleton to allow them to breathe underwater.

Diet: What Do Beetles Eat?

The materials these insects eat nearly defy listing. Some only eat plant materials, others are scavengers, some are omnivores. Some restrict themselves to only one type of plant, while others are hunters that prey on other insects, spiders, snails, and earthworms. Others eat dung and carrion, while others eat beetles that eat dung and carrion. Many beetles rely on the presence of fungi in their gut to help them digest their food.

Prevention: How to Get Rid of Beetles

There are many ways of getting rid of beetle pests. They can simply be plucked from host plants and squashed or dropped into soapy water. They can be dusted with insecticidal powder, even though this will cause some collateral damage to insects such as butterflies and ladybugs. Their grubs can be exposed to nematodes or parasitic wasps. Sometimes controlling beetles is drastic. Lumber may need to be quarantined and treated with insecticide if it’s feared it is harboring pests. Sometimes forests full of trees need to be cut down and burnt to stop an invasion of a wood-boring beetle.

View all 125 animals that start with B

Are Beetles herbivores, carnivores, or omnivores?

Beetles are Omnivores, meaning they eat both plants and other animals.

What Kingdom do Beetles belong to?

Beetles belong to the Kingdom Animalia.

What phylum do Beetles belong to?

Beetles belong to the phylum Arthropoda.

What class do Beetles belong to?

Beetles belong to the class Insecta.

What type of covering do Beetles have?

Beetles are covered in Shells.

Where do Beetles live?

In what type of habitat do Beetles live?

Beetles live in most land and freshwater habitats.

What is the main prey for Beetles?

What are some predators of Beetles?

Predators of Beetles include bats, frogs, and reptiles.

What is the average litter size for a Beetle?

The average litter size for a Beetle is 200.

What is an interesting fact about Beetles?

There are more than 350,000 different species of Beetle!

How many species of Beetle are there?

How do you get rid of a Japanese beetle?

There are several ways to get rid of Popillia japonica. One way is to dust it with an insecticide, though that risks killing beneficial insects who may land on the same plant. A more targeted way is to simply shake them off of a plant into a bowl of soapy water. This kills them instantly. A pre-emergent insecticide can also be applied to the area around the plants. This kills Japanese beetle grubs that live in the ground. Birds such as cardinals and jays readily feed on Japanese beetles, so they should be encouraged to visit the area through setting up bird baths and feeding stations.

Some are harmful, especially to plants. The cotton boll weevil, for example, causes farmers hundreds of millions of dollars in lost cotton plants.

Why do I have beetles in my house?

Beetles enter a house because they can find food and shelter, and they have found a way to get in. They can come in through the tiniest crack, through an open door or window or can be transported in groceries, furniture or on clothing.

Can a beetle kill you?

Beetles don’t kill humans, though some may bite if they feel threatened. Blister beetles release a toxin called Cantharidin, which can raise blisters on the skin, and the Onychocerus albitarsis is the only beetle with a sting, but the discomfort from the sting is temporary. But overall, these insects are mostly dangerous to plants and other invertebrates.

Why are beetles bad?

Not all beetles are bad, but those considered “bad” damage plants that people want and need, including garden plants, trees and crops.

How do you get rid of carpet beetles?

Though adults are harmless, their presence in a house means larvae are probably present. Larvae are the ones that eat the fibers and do the damage. Fortunately, there are several ways to get rid of them. The area where they’re found can be dusted with boric acid, which isn’t hazardous to humans or pets in small amounts or diatomaceous earth, which is harmless. The dust can be swept into the material with a brush, left to sit for a couple of hours then vacuumed up.

Carpet beetles can also be deterred by sprayed-on insecticides such as bifenthrin or simply being sprayed with vinegar. Frequent vacuuming also keeps these pests under control.