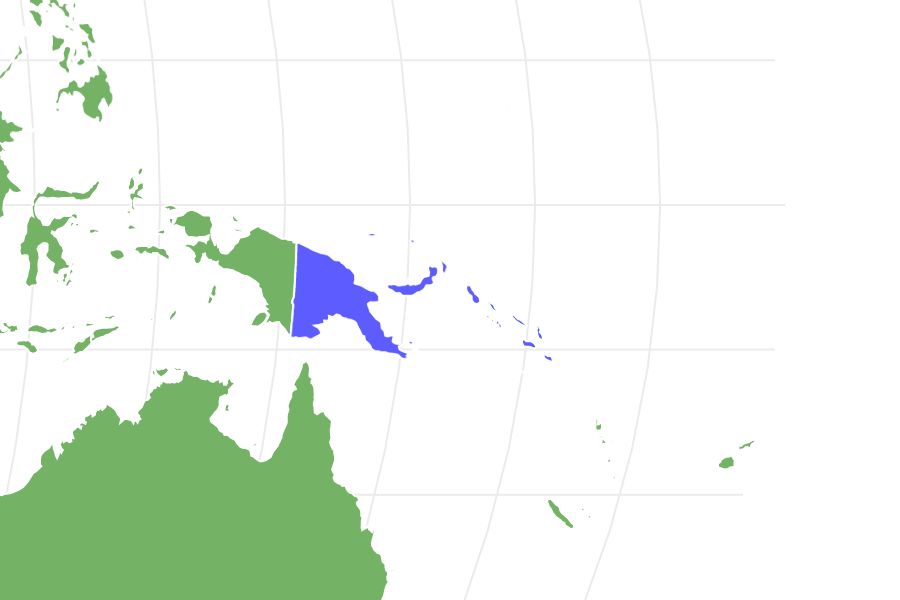 View all of our Eclectus Parrot pictures in the gallery.

View all of the Eclectus Parrot images!

The beautifully colored Eclectus parrot is loved by many bird enthusiasts and pet owners alike.

While this species is a rare find, they are medium-sized birds that predominantly live in the humid weather of the rainforest for their 30-year lifespan. Females are very maternal, and all genders will bond with multiple partners during mating season. Though the males and females are distinctly green and red (respectively), they both have a red tinge to their fussy feathers at the tips.

Where to Find Eclectus Parrots

Found natively in the rainforest, Eclectus parrots typically live in the Solomon Islands, Indonesia, the Moluccas, and New Guinea. They are also located in northeastern Australia, preferring to build their next high in hollow trees.

Females spend 11 months of the year in their nest, hiding within hollow trees that they can call their own. When she builds her nest, very little goes into it, which is why they carefully select their tree. This nest needs to be built in high-quality hollow trees to reduce the risk of flooding out their young during storms. If anything, the female might include small pieces of wood that she sources from within the tree and any natural debris.

The Eclectus parrot’s scientific name is Eclectus roratus, which is Latin. The word Eclectus is meant to be a tribute to their eclectic colors, while the word “roratus” comes from a combination of Proto-Indo-European and Sanskrit languages to mean “moisture” or “humidity.”

They are from the Aves class in the Psittacidae family. There are a total of 9 subspecies.

This medium-sized parrot is quite colorful, though the males and females are distinctly different. In fact, they are so different in color that scientists previously believed that they were two entirely different species. Nonetheless, their plumage has made them as popular as they are.

Health and Entertainment for your Eclectus Parrot

Males are typically covered in bright green feathers with yellow near their heads. They have blue primaries with red underneath their wings. This blue hue is also seen closer to the tips of the feathers. Females, on the other hand, are bright red, though the colors get darker along their backs. Instead of having red underneath their wings, their mantle and underwing appear to be purple. At the tips of their wings, the color becomes a combination of mauve and blue, and their tail typically is an assortment of yellow to orange.

The wingspan of this parrot is typically 8-10 inches, and their bodies are 12-14.5 inches. The average weight of an adult Eclectus parrot is 16 ounces.

The Eclectus parrot is a lovable and social creature. Like other parrot species, they are not migratory, spending their whole life in the warmth of the rainforest. They even seek out trees in their area to use as their main home until they lay eggs. Though their assumed speed is about 40 mph in flight, scientists have yet to actually clock it.

Though their voices can carry a tune and even talk, their voice isn’t clear until about a year old.

Due to their long digestive tract, it is rather easy for this parrot to consume foods with a lot of fiber. They are herbivores, and much of their diet is a combination of fruits, seeds, and plants. Since the female spends the majority of the year either with her chicks or defending her nest, she relies on her male suitor (or suitors) to bring back food via regurgitation.

What Does the Eclectus Parrot Eat?

The specific diet of this parrot will largely depend on whether they seek out food for themselves or if they are in captivity. Availability plays a large role in their food. For instance, in the wild, these birds will seek out mostly fruit, like papaya or pomegranate. It will also eat flowers, figs, and leaf buds.

If this bird is being fed by a pet owner, they often have much easier access to a broad variety of fruit, which sometimes includes mangos, figs, guavas, bananas, melons, grapes, apples, and citrus fruits. Pet stores often carry pellets that are specially balanced with necessary vitamins and minerals.

Though this bird can be quite agile, they are herbivores and hunt no other animals. Females typically stay within their nest for 11 months out of the year, so they tend to become victims of animals who seek out their prey in hollow trees.
Apart from their natural predators, the pet trade seems to be the biggest threat to Eclectus parrots as they are sold to new owners.

This parrot species is at risk of becoming the prey of opossums, birds of prey, and wild dogs.

The female parrot seeks out a large, hollow tree in her native rainforest habitat to build her nest. This nest is where she raises her young, and she will sometimes fight to the death to defend it once chosen. In fact, she will even stay in her chosen tree for nearly the entire year, which leaves her to rely on the male to come to feed her. Hardly monogamous, some females have as many as five males to tend to her appetite as a way to compete for the right to be the father to her chicks. Males and females both seek out multiple partners.

The average clutch size of the Eclectus parrot is 2 eggs, though there are some cases in which only one egg is laid. These eggs are bright white, and the female must incubate them for about a month before they hatch. Typically, an Eclectus parrot baby is prepared to leave the nest by 11 weeks old, but they won’t reach sexual maturity until at least 2 years old. If the female produces both a male and a female baby from these eggs, she will commit infanticide on the former if the nest is poorly prepared.

On average, the lifespan of an Eclectus parrot is about 30 years, though some have lived to be over 40 years with proper care in captivity.

Based on the most recent information from the IUCN, the total population of Eclectus parrots in the world is between 7,300 and 51,000. The number isn’t fluctuating by much, ensuring that the wild population is currently stable, but the biggest threat to this number is the pet trade. These birds are often captured and sold as pets as a result of their friendly personality and bold colors.

Is an Eclectus parrot a good pet?

The Eclectus parrot is a beautiful bird with many colors. With a lovable personality and a gift for gab, they are one of the most popular pet parrots around today. To adopt one of these birds as a baby or adult, the price can be in the thousands.

Not exactly. While this type of bird is quite friendly and will sit for a little while to cuddle, they prefer to perch nearby or on their owner’s hand.

Yes, this species is quite the chatterbox. In fact, while other parrots tend to squawk and make obnoxious noises, this bird learns to speak and sing quite easily.

Generally, they aren’t very noisy consistently. However, the loud honk they let out can be a little jarring for pet owners that are easily started.

How much does an Eclectus parrot cost?

The average price of an Eclectus parrot is $1,000 – $3,000. However, many factors play into this price, including the breeder you purchase from, their age, and their colors. Typically, a baby parrot is much more expensive.