The Egyptian cobra is one of the largest cobras in Africa. 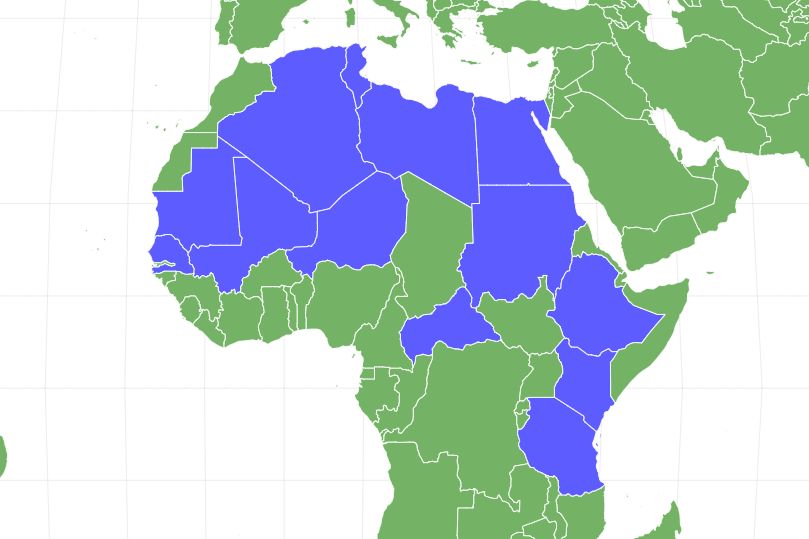 View all of our Egyptian Cobra (Egyptian Asp) pictures in the gallery.

View all of the Egyptian Cobra (Egyptian Asp) images!

The Egyptian cobra (asp) is massive, taking up about 8 feet in length along their heavy body. The only cobra that exceeds its size in the entire African continent is the forest cobra. With over 30 hatchlings per clutch, the IUCN isn’t concerned about conservation at all. Though quite shy, this cobra will chase down threats, striking with incredible toxic venom if necessary.

Where to Find Egyptian Cobra

The primary distribution of the Egyptian cobra is in Africa, thanks to the naturally dry and hot area. They are found in the northern region of the continent, south to Kenya, Uganda, and Tanzania. It is also found in central Africa, thriving in areas similar to the desert, but they aren’t naturally considered to be true deserts.

The Egyptian cobra, which is sometimes called the snouted cobra or the banded Egyptian cobra, has the scientific name of Naja haje. This name, which is from Sanskrit, contains two different words which both mean snake. It is from the Reptilia class and the Elapidae family.

While the exact population is unknown, the IUCN considers the Egyptian cobra to be Least Concern, in terms of conservation. The population is stable, though little is known about their growth.

How to Identify Egyptian Cobras: Appearance and Description

The average size of the Egyptian cobra is 8 feet, making it the second-largest cobra in all of Africa. The only cobra that is bigger than that in the continent is the forest cobra, which can measure nearly 9 feet long. It is a broad-snouted cobra with a large, depressed head. The long ribs help to form the trademark hood of the cobra.

While the color of this cobra has quite a range, it is often a shake of brown, banded with either a lighter or darker mottling. Just below the eye, you’ll even see a tear-drop mark. The total color depends on where it lives since some of these cobras are fully black while others have a copper or grey hue. Along the sides, dark spots decorate the white, dark brown, blue-grey, yellow-brown, or black hue.

How to identify an Egyptian cobra:

Egyptian Cobra Venom: How Dangerous Are They?

The venom of the Egyptian Cobra is highly toxic and dangerous to every person or animal that it touches. They release this venom through a bite, which is highly toxic. The venom is a combination of cytotoxins and neurotoxins that could even kill an elephant within three hours. They release anywhere from 175 to 30 mg of the toxins.

If you are bitten, the best thing you can do is call 911 immediately. They should also remove any rings, bracelets, or other tight accessories from the part of the body that was bitten to avoid swelling.

Egyptian cobras are fairly shy, so it is unlikely that you’ll randomly stumble upon one unless you’re on their turf. Still, if you find yourself in the presence of one, be careful; they are highly aggressive. They will consume small mammals as part of their regular diet, but the death time associated with a human bite takes a mere 15 minutes to kill them.

Yes. Their venom is highly toxic, and it only takes about 15 minutes for their bite to kill a human.

How do Egyptian cobra snakes hunt?

This snake primarily finds it food through foraging. If necessary, they’ll go into areas with humans to get their prey, even though they are shy. If they are encountered by a threat, they’ll try to escape initially, but they’ll also attack first if threatened.

Where do Egyptian cobra snakes live?

The primary distribution of this cobra is in Africa.

What do Egyptian cobras eat?

Primarily, the diet of this cobra is made of toads, but they aren’t particular. They’ll eat anything from small mammals to birds to lizards. It will even eat the eggs of any of these animals.

What is an Egyptian cobra called?

The scientific name of the Egyptian cobra is Naja haje. “Haje” comes from the Arabic word “hayya,” which means snake. They may also be known as the snouted cobra or the banded Egyptian cobra.

How deadly is the Egyptian cobra?

Found primarily in North Africa, the Egyptian cobra’s bite is extremely deadly. With the release of its venom, an adult elephant could die within three hours. The average death time for humans is just 15 minutes. As the venom makes its way through the body, it causes paralysis and destruction of nerve tissue, essentially making the cause of death respiratory failure.

Yes. It is one of the most dangerous species found in Africa, though it is extremely shy.

How fast can an Egyptian Cobra kill a human?

Humans are no match for the Egyptian cobra’s venom. Typically, the death time is just 15 minutes after the initial bite.