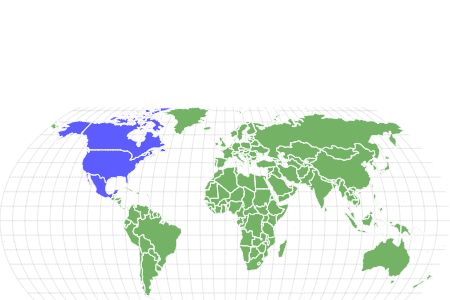 View all of our Fox Squirrel pictures in the gallery.

View all of the Fox Squirrel images!

“Fox squirrels use scents to communicate with other squirrels, although it is not territorial.”

The scientific name of the fox squirrel is Sciurus niger, which means “black squirrel.” Squirrels are rodents and so they are in the order Rodentia. Their family is Sciuridae, which includes small and medium-sized rodents. Ground squirrels, tree squirrels, flying squirrels, chipmunks, and prairie dogs are all members of Sciuridae. The fox squirrel genus, Sciurus, includes many of the common, bushy-tailed squirrel species around the world.

Identification of fox squirrels includes 10 subspecies, which differ by size and geographic location:

The fox squirrel measures 20 to 30 inches in length, with a body length of 10 to 15 inches and the tail about the same. On average, it is 21 inches long. It weighs one to 2.5 pounds with an average weight range of 1.6 to 2.3 pounds. Western species are smaller than those in other areas. All have several sensitive whiskers on each forearm, on their nose and chin, and above and below the eyes, which they use for sensory input from their environment.

Identification of the sexes by outward appearance alone is impossible because they look the same and are the same size. As for colors, three possible types are depending on geography. Identification of fox squirrels in most areas by colors means brown-grey to brown-yellow with a brown-orange belly, while all have large, bushy tails. Identification of fox squirrels in eastern areas by colors shows dark brown and black squirrels with white bands on the tail and face. For example, the eastern fox squirrel has grey-black fur on its back and orange fur on its belly. Those in the south live in isolated communities and are black.

The fox squirrel is a social mammal. Although it is a tree squirrel, it spends most of its time on the ground where it forages during the day. It is not territorial either, but it does use scent markings to communicate with other squirrels, and it does defend its nest. The female is the main sex that defends the nest with aggressive behavior, while the male can be aggressive during the season. Both are aggressive towards juvenile squirrels during young dispersal.

In any residential area, the fox squirrel is likely to use electrical lines to travel and can cause power outages. Sometimes, it gnaws on telephone cables or gnaws holes into wooden buildings and invades attics. It can become a pest since it digs holes in gardens and turf to store acorns. It also eats nuts, fruits, and many other plants, and strips the outer bark of trees to eat the juicy inner bark. All of this behavior causes damage to lawns, gardens, and trees.

North America is the native home of the fox squirrel. Its habitat range includes most of the eastern and central United States. Although it can live in various types of forests and residential areas, its typical habitat is open woodlands with mature trees but no dense canopy or undergrowth, usually large trees mixed in with agricultural land.

As for the home it creates, it makes two different kinds: leaf nests, or dreys, and tree dens. It uses tree dens over the winter and while raising young, but if they are not available, it uses leaf nests throughout the year. The summer is when it builds leaf nests and it does so about 30 feet above the ground, using the forks of deciduous trees.

The diameter of den trees can vary; on average, those in Ohio average a diameter at breast height (fbh) of 21 inches and about 53.6 m (58.6 yards) away from the closest woodland border. Most tree dens in eastern Texas average a dbh of 12 inches or more. However, they are usually six inches wide and 14-16 inches deep. For this reason, overstory trees must have an average dbh of at least 15 inches.

Tree canopy closure should be 20 to 60%, with understory closure of 30% or less shrub-crown closure. The fox squirrel usually uses natural cavities or cavities created by red-headed woodpeckers, northern flickers, or crow nests. The trees it uses are oaks, hickories, and occasionally pines.

Not only is the fox squirrel tolerant of humans, but it can also thrive in suburban and even urban areas alike. It uses residential areas for food sources and nesting sites.

Facts about the fox squirrel show that its diet is omnivorous. However, its main diet depends on geographic location. It generally eats insects, tree buds, mast, tubers, roots, bulbs, fungi, pine and spring-fruiting tree seeds, and bird eggs. It also eats fruit, wheat, oats, soybeans, and corn. The mast it eats is usually live oak, poak oak, bluejack oak, southern red oak, and turkey oak. On average, it eats about a pound of food a week.

Predators of adult fox squirrels are large hawks, owls, bobcats, lynxes, foxes, and coyotes, while snakes prey on young squirrels. However, because few natural predators can catch them regularly, they are opportunistic hunters.

Fox squirrels carry diseases such as ringworm, which they can transmit to humans. Mange mites, extreme winter weather, forest destruction, and overhunting are all threats to fox squirrel populations.

This squirrel’s mating behavior starts with females, who go into estrus or “heat” in mid-December or early January as well as in June. As part of their typical squirrel mating behavior, they make “kuk” and “qua” moaning sounds before and after mating, and males chase them as a form of flirting. Females become sexually mature at 10 to 11 months and have their first litter at a year old.

Yearling females have one litter, while older females have two per year. A litter can be born as early as January, but most are born in mid-March and July. Most females give birth in September or October, but with their second breeding season in winter can give birth again from February through May. They nurse their young in the nests for 2 months.

There is an average of three juveniles in a litter with an average range of 2 to 4, although there can be anywhere from two to seven babies. The gestation period is 44 to 45 days. It is dependent on the squirrel species, with the gestation period ranging from less than a month to a month and a half. Plus, the time females go into estrus is individualized, so they don’t go into heat at the same time. Grey squirrels are very similar in their mating behavior and other habits and so interbreed where their geography overlaps.

Facts about these squirrels show that they have the largest population of squirrels in North America, although the grey squirrel is more common with regards to habitat range and more often seen. Certain subspecies, such as the Delmarva fox squirrel, are endangered due to overhunting and forest destruction, while mange mites and extreme winter weather cause squirrel populations in general to decline. However, the conservation status of the species is listed as stable and Least Concern.

How rare are fox squirrels?

They are pretty common besides grey squirrels.

Where are fox squirrels found?

In the eastern and central United States.

They can be during mating season or while defending their nests.

What is a fox squirrel?

A fox squirrel is a species of squirrel native to North America.

It is usually brown-grey or brown-yellow with a brown-orange belly and a large, bushy tail.

What does a fox squirrel eat?

How big is a fox squirrel?

How long does a fox squirrel live?

Its average lifespan is six years in the wild and 15 years in captivity.