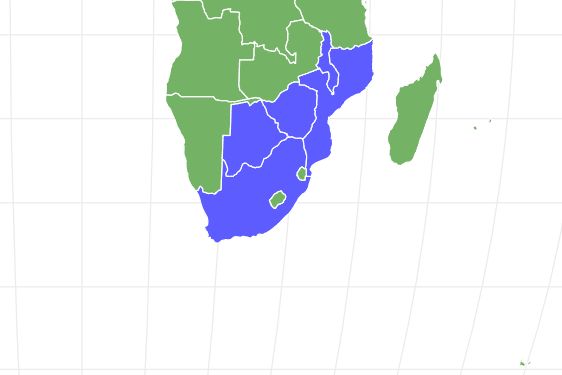 Prey
Birds, lizards, rodents, toads, and other snakes
Fun Fact
The snouted cobra, also known as the banded snouted cobra, is one of the most venomous snakes in all of Africa.
Most Distinctive Feature
It has an especially large rostral scale on the end of its snout.
Distinctive Feature
They have a dark scale beneath each eye resembling a tear.
Litter Size
8-33 eggs
Diet
Carnivore
Favorite Food
Mice and rats
Type
Snake
Common Name
Snouted Cobra
Number Of Species
1

View all of our Snouted Cobra pictures in the gallery.

View all of the Snouted Cobra images!

Snouted cobras can grow to a size of 8.2 feet.

habitat in the southern part of Africa. The bite of a snouted cobra has powerful venom that can result in death if the person doesn’t receive antivenom. The diet of this snake consists of rodents, birds, toads, and sometimes other snakes. Snouted cobras are known for having a particularly large, some say giant, hood.

Where to Find Snouted Cobras

The snouted cobra can be found in various locations, including savannas and woodlands,

The snouted cobra lives in the southeastern portion of Africa. It is found in the countries of Botswana, Eswatini, Malawi, Mozambique, South Africa, Zambia, and Zimbabwe.

These snakes exist in a savannah habitat. They also are seen in the bushveld and Lowveld regions. These regions have some grassy areas along with large gatherings of dry, scrubby trees.

Snouted cobras are a little more visible in their habitat during mating season in the spring. Eggs are laid early in the summertime.

They are nocturnal, searching for their food at night. During the day they are sometimes observed sunning themselves on rocks in order to increase their body temperature. This behavior is common in snakes and is called basking.

Countries where this snake is found:

The scientific name of the snouted cobra is Naja annulifera. The genus name Naja is actually based on the Sanskrit (south Asian language) word naga, which means cobra. The genus includes some of the most venomous snakes in the world. The species name annulifera may derive from the Latin term anus, meaning ring-shaped. This could possibly be a reference to the banded colors along the body.

According to the IUCN Red List, the snouted cobra is considered to be a species of least concern. Unfortunately, scientists have not gathered enough facts about its population numbers to make a proper estimate, but the species does appear to be common and stable throughout its entire range.

How to Identify Snouted Cobras: Appearance and Description

It’s called the snouted cobra because it has an especially large rostral scale on the end of its snout. The extra strong scale helps this snake as it pushes its nose into the ground to burrow.

A notable feature of this snake is the dark scale beneath each eye resembling a tear. Plus, it has an especially large hood compared to other types of cobras.

How to identify a snouted cobra:

Snouted Cobra: How Dangerous Are They?

By using its sharp fangs, the snouted cobra can deliver a dangerous mix of toxins that

Snouted cobras are considered very dangerous due to their fast-acting, potent venom. This snake spreads its giant hood and stares down a threat in an effort to frighten it away. It even opens its mouth and makes a hissing sound! Or it moves out of the area if possible to escape the danger. In other words, it is not aggressive and doesn’t immediately try to bite.

Of course, some people are bitten by snouted cobras. A person walking in the snake’s habitat may step on one. When this snake is resting on the ground it blends into its surroundings very well. Other people are bitten while trying to handle this snake.

If a bite occurs the first step is to get the person to a medical facility so quick treatment can be administered. On the way to the hospital, the injured person should remain as still as they can. It’s important to take off any watches or jewelry so they won’t interfere if swelling occurs on the injured limb. Apply a clean bandage and make sure it is providing moderate pressure to the bite wound.

It may be tempting for the person to massage the bite wound in an effort to lessen the pain, but this should be avoided. Massaging the wound can cause the venom to travel further into the person’s system.

There’s an antivenom available to treat the bite of a snouted cobra.

These snakes are abundant in South Africa but stay hidden in their savannah habitat most of the time. So, humans don’t usually see these snakes.

Mice and rats make up a big part of this snake’s diet. In short, they play an important part in the ecosystem by helping to control the population of rodents.

Yes, their venom is considered to be highly dangerous. If you are actually bitten, then you will need to seek immediate medical attention.

How do snouted cobras hunt?

The snouted cobra hunts for prey actively with a strong sense of smell and excellent night vision. They will opportunistically eat almost anything they happen to come across. Once it has found suitable prey, it will strike quickly and inject the venom directly into the prey’s body with its sharp fangs. After the prey has been fully subdued, the snake will swallow it whole.

The snouted cobra will sometimes stand its ground against people, but it will not usually bite unless directly provoked or cornered. As long as you leave it alone, it will probably try to escape.

Where do snouted cobras live?

This reptile can be found in various habitats throughout the southern part of Africa.

What do snouted cobras eat?

The diet of the snouted cobra consists of birds, lizards, rodents, toads, and other snakes, including puff adders. It is also known for raiding farms and killing chickens and other livestock. Juveniles tend to eat smaller animals that they can fit into their mouths in a single bite.

How dangerous is a snouted cobra?

The snouted cobra is considered to be highly dangerous once it bites. The high toxicity of the venom could easily kill a person.

No. There are cobras that spit their venom in an effort to blind a predator or their prey. But the snouted cobra injects its venom as opposed to spitting it.

How can you tell if a cobra is snouted?

One way to tell if it’s snouted is to look for the prominent scale on the tip of its nose.

Another way to identify this snake is to look at its eyes. It has a dark scale or group of small scales beneath each eye. This dark scale looks like a teardrop.

A snouted cobra also has a hood that’s extremely large in size compared to other cobras.

What does the snouted cobra get eaten by?

The snouted cobra has few natural predators in its usual habitat except perhaps for birds of prey, mongooses, and other snakes. Mongooses have some tolerance to the cobra venom, and their impressive agility allows them to kill a fully grown snake by biting it on the neck. Adult cobras have the ability to defend themselves, but juveniles are more likely to be killed by predators.

How big does the snouted cobra get?

The snouted cobra can apparently reach up to 8 feet long. However, most of the time, most of these reptiles won’t grow any larger than 6 feet in size.

Is the snouted cobra the same as the banded Egyptian cobra?

But they are now considered separate species.

Unlike the snouted cobra, the banded Egyptian cobra lives in the northern portion of Africa. Its territory also extends from Morocco east to Egypt. From there its range move south to Tanzania.