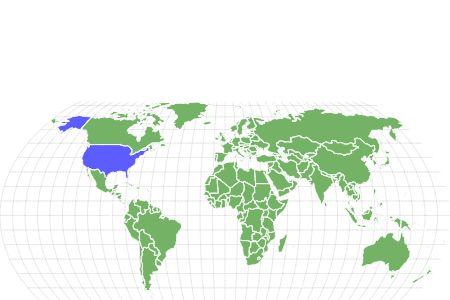 Golden Pyrenees as a Pet:

View all of our Golden Pyrenees pictures in the gallery.

View all of the Golden Pyrenees images!

A Golden Pyrenees is a mix between two purebreds: A Golden Retriever and a Great Pyrenees. This hybrid dog also called the Great Pytreiver, is relatively new to the dog world. It was bred to combine the best qualities of two popular dogs. It belongs to the hybrid group.

The Golden Pyrenees is a gentle dog with lots of energy. They are intelligent and friendly just like their purebred parents. These dogs get along well with children. But, due to their large size, these active dogs have been known to unintentionally knock over small children.

The Golden Pytreiver is a great choice for a family willing to give it the attention and exercise it needs.

3 Pros and Cons of Owning a Golden Pyrenees

A Golden Pyrenees has a thick coat of long hair. An adult dog can reach a height of 30 inches from head to paw. Also, these dogs can weigh 115 pounds or more as adults. Golden Pyrenees puppies at 9 weeks old weigh around 14 pounds. These dogs are considered full-grown at 18-24 months old.

Great Pytreivers have a few common health issues for owners to keep in mind. One of those is Patellar luxation. This condition happens when a dog’s kneecap is dislocated. Some dogs have Patellar luxation in just one knee while others have it in both. Surgery may be needed to correct this condition depending on how severe it is.

A second common health issue for this mix is hip dysplasia. This is when the dog’s hip joint doesn’t fit together properly. It causes a dog to limp or have trouble moving at any speed. This is a common issue with many dogs that are large in size. Physical therapy, weight loss, and surgery are all treatment options depending on the severity of the case.

Health and Entertainment for your Golden Pyrenees

Another health issue of these dogs is called Von Willebrand’s disease. This is a bleeding disorder caused by a deficiency in a certain type of protein. Excessive bleeding after an injury or surgery are both signs of this disease. A veterinarian can screen for this inherited condition.

The most common health issues of Golden Pyrenees are:

Gentle is an appropriate word to describe the personality of a Golden Pyrenees. These dogs are large in size, but that doesn’t stop them from trying to cuddle on the sofa with family members. Their behavior is very energetic. They love running, jumping, and being silly.

Loyalty is one of their most beloved traits. These hybrid dogs want to be with their family members no matter the activity. Golden Pyrenees dogs are good with kids. But families with toddlers should take note that when this dog gets excited there’s a risk it will bump into a small child. This can happen simply because of its large size.

How to Take Care of a Golden Pyrenees

When a person is considering a Golden Pyrenees as a pet it’s helpful to know about its unique dietary, exercise, grooming, and healthcare needs. Of course, the type of care given to a Great Pytreiver puppy is different from the care given to an adult dog. Look at some factors to keep in mind.

The Best Dog Food for the Golden Pyrenees

The diet of a puppy is different from that of an adult dog. Feeding this dog a diet with the right nutrients may help to head off some common health issues. Discover some of the specific dietary details.

Puppy food: Fat in a Golden Pyrenees puppy’s diet gives it lots of energy to run, jump and explore its environment. Protein builds healthy muscles, cartilage, and joints. Having strong muscles and joints can help to prevent hip dysplasia or patellar luxation. Beta carotene supports healthy cell development. Vitamin E is an antioxidant and vitamin A is good for eye health. Omega fatty acids contribute to brain health. Including calcium in a puppy’s diet supports growing teeth and nails.

Adult dog food: Protein is the most important ingredient in an adult Golden Pyrenees dog’s diet. Protein in the form of lamb, turkey, or chicken is all good options. Protein maintains strong muscles, tendons, ligaments, and cartilage. The amino acids in protein also contribute to a healthy coat, nails, and skin. Calcium keeps a dog’s teeth and bones healthy. Healthy bones are important in all dogs especially ones prone to Patellar luxation and hip dysplasia. A balanced amount of fat gives an adult dog the energy to run around and stay active. Vitamin E and vitamin C are antioxidants that support a dog’s immune system. Fiber helps with a dog’s digestion.

We think your dog will not only enjoy the chicken recipe, but also benefit from the supplemental glucosamine for trusty joints that keep dogs moving even at an imposing size. The ingredients also include calcium balanced with phosphorus for strong bones and cartilage. 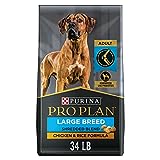 How much does a Golden Pyrenees shed? These dogs shed from a moderate to a high amount of hair. This isn’t surprising considering both its Golden Retriever and Great Pyrenees parents shed at least a moderate amount of hair if not much more.

But the good news is this dog has a thick, beautiful coat. Don’t forget this dog’s fluffy tail!

Grooming requirements for this dog include daily brushing. A pin brush is excellent for removing tangles and mats from this canine’s coat. A de-shedding brush is effective when the dog is going through seasonal shedding. It is designed to remove a lot of loose hair.

The dog needs its nails trimmed about once a month. An owner who is not confident in doing this should take the dog to a groomer to have it done professionally.

Some of them can have flea allergies. This condition shows up as red/irritated skin and patches of baldness (from scratching). A veterinarian can prescribe treatment.

This crossbreed dog is known for its intelligence. But this intelligence can turn into stubbornness during obedience training. Consequently, patience is a valuable tool for any owner during training sessions with this hybrid dog. Verbal praise and short sessions are also very useful in training this dog.

A mastiff is another intelligent dog that can be difficult to train without a lot of patience.

These dogs need a lot of exercise to keep them physically and emotionally fit. This adds up to at least 60 minutes of activity each day. Playing fetch or chase, a walk on a park trail, or a trip to the dog park are all fun exercise options.

The large size of this dog makes it unsuitable for apartment life.

These crossbreed puppies grow very large within a few weeks. So, they need plenty of space to run around.

Though these dogs are good with children, they can become overexcited and accidently bump into small children, knocking them over.

Other dogs similar to these dogs include Chesapeake Bay Retrievers, Flat-Coated Retrievers, and the Bernese Mountain Dog.

What is a Golden Pyrenees?

A Golden Pyrenees also known as a Great Pytreiver, is a crossbreed dog. Its parents are the Golden Retriever and the Great Pyrenees. It is known for its gentle temperament and loyalty. They have a lifespan of 10 to 13 years.

How much does a Golden Pyrenees cost to own?

The initial price for this hybrid is approximately $1200. But the initial price can be higher or lower depending on the breeder. Someone adopting a Golden Pyrenees from a rescue organization is going to pay a nominal fee.

The yearly veterinarian cost for this dog ranges from $500 to $700.

Are Golden Pyrenees good with kids?

Yes! But they are large dogs that can unintentionally knock over small children when playing, running, etc.

What is the lifespan of a Golden Pyrenees?

How big do Golden Pyrenees get?

This dog can grow as tall as 30 inches, head to paw. Plus, it can weigh as much as 115 pounds. Some of these hybrid dogs weigh more!

How bad do Golden Pyrenees shed?

The shedding activity of this dog is categorized as moderate to high.

How much does a Golden Pyrenees cost?

The initial cost of this dog is around $1200. But a breeder may charge more or less depending on their standards.

No. In fact, these dogs are known for their gentle nature.

How much exercise do Golden Pyrenees need?

These dogs need at least 60 minutes of exercise each day to remain healthy in body and mind.