This Molosser-type dog is the Russian cousin of St. Bernard. 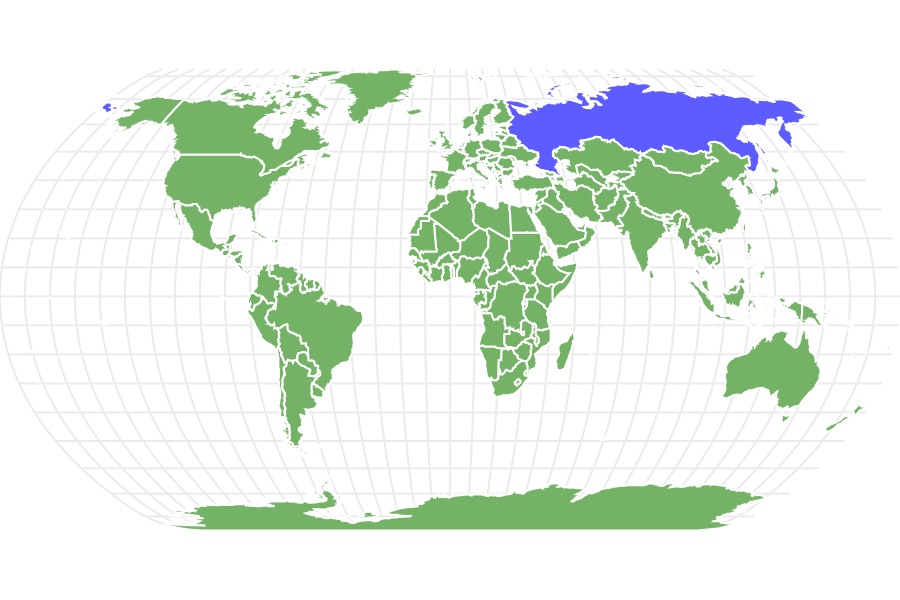 Moscow Watchdog as a Pet:

View all of our Moscow Watchdog pictures in the gallery.

View all of the Moscow Watchdog images!

The Moscow watchdog (Moskovskaya Storodzevay Sobaka) is a giant Russian service dog that was developed in the 1980s in the former Soviet Union. This hybrid is the result of a cross mainly between the St. Bernard and the Caucasian Ovcharka (Caucasian Shepherd Dog), with smaller contributions from Russian spotted hounds. The “gentle giant” breed is a top choice for a guard dog but with a gentle temperament that also makes it great as a family pet and an alpha streak that makes it a great working dog or the leader in a pack.

The Moscow watchdog generally tends to be very healthy. However, it is prone to health issues that large breeds have, such as hip dysplasia, patellar luxation, and gastric torsion (bloat). Its health is also connected to getting enough exercise to reduce stress and stay fit. The average lifespan for this breed is 9-11 years. In sum, the most common health issues with Moscow watchdogs are:

The traits of the Moscow watchdog’s temperament are stable, gentle, assertive, protective, and intelligent. It has a powerful, affectionate personality with aloof behavior around strangers. This does not mean it is not excellent for a family, however. It gets along well with children and other dogs, as long as it gets to be the leader. The owner is best as a pack leader as well, after which the dog will follow.

How To Take Care of Moscow Watchdogs

New pet owners looking for how to care for Moscow watchdogs, especially Moscow watchdog puppies, must consider a variety of unique needs. Whether it’s health issues such as hip dysplasia or different care related to their long hair and large size, Moscow watchdogs have breed-specific needs that must be kept in mind. Preparing oneself with knowledge of proper care for this breed will ensure a good quality of life and a long lifespan.

Health and Entertainment for your Moscow Watchdog

Moscow watchdog puppy food: Your Moscow watchdog puppy should have premium or high-quality puppy food specifically made for large breeds. It must have animal protein as its first and main ingredient. Look for phosphorus, DHA, vitamin K, and fish oil for healthy brain development and other health benefits for your developing puppy.

Moscow watchdog adult dog food: Moscow watchdog adult dogs need a grain-free premium or high-quality adult dog food specifically made for large breeds. 3 cups a day is the recommended amount for adult dogs. A joint supplement for strong bones can help. To prevent bloat, make sure your dog’s food has few fermentable ingredients such as beans or soy, feed him from the floor, and avoid exercising him within 90 minutes of eating.

The Moscow watchdog does not need professional grooming. Although it is a moderate shedder with a medium-long, thick coat, a weekly brushing and regular bathing (once a month) should be enough to control the amount of fur around the house. A brushing glove to remove dead hair is excellent and can cut down shedding as well.

The protective instinct of this breed comes from its development as a guard dog. When introducing people or other animals for the first time, it’s best to supervise your dog. Early socialization and training from a pack leader will ensure a well-balanced dog rather than an overly headstrong one. Owners will find that it is easy to train and takes commands easily.

Having a Moscow watchdog can keep owners active if they are up for the challenge! This breed needs space to freely jog and run around in the backyard. It also needs a long walk every day.

This sturdy breed is a handful as a puppy! Take care to not over-exercise it. 5 minutes per month of age is enough or simply allows for spontaneous play. Do not over-feed, which will promote excessively rapid growth. The average price of a Moscow watchdog puppy from a reputable breeder tends to be less than that of a top-quality adult dog.

This breed is best socialized with children as early as possible. Doing so serves 2 purposes: It encourages familiarity and promotes bonding. Once it has bonded with children, it considers them a part of its pack.

The Moscow watchdog has the beauty, size, and intelligence of the St. Bernard, with the traits of assertiveness, confidence, and awareness of a Caucasian Ovcharka, also called Caucasian Shepherd Dog or Caucasian Mountain Dog. One can see immediately a difference in coloring and physical, with the Moscow watchdog being 2 inches shorter and weighing 70lbs less.

This breed is rarely seen outside of Russia. However, one famous Moscow watchdog is the handsome Bart, who has Instagram celebrity status.

The following are popular names for your dog:

When did the Moscow Watchdog come to be?

Is a Moscow Watchdog a good guard dog?

Yes, it is an excellent guard dog.

How much does a Moscow Watchdog cost?

Yes, they are moderate shedders.

How long do Moscow watchdogs live?