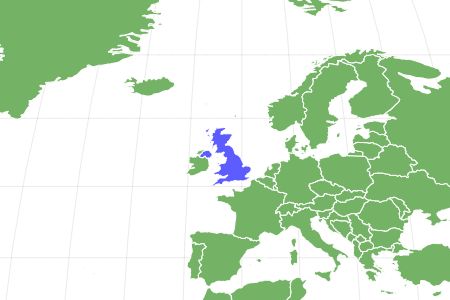 Old English Sheepdog as a Pet:

View all of our Old English Sheepdog pictures in the gallery.

View all of the Old English Sheepdog images!

This breed originated at some point in the 19th century from the region of Cornwall in southwestern England as a herding dog. Despite the name, it does not usually herd sheep. Instead, it was originally bred to move cattle along country roads between the pasture and the market. You do not need to employ this breed as a work dog to enjoy its lovable company, however. You just need to give it plenty of affection and care. It also makes for an excellent show dog that loves to perform for audiences. Alternative names for this breed include the Shepherd’s Dog or the bob-tail sheepdog. According to the American Kennel Club, it ranks about average in popularity.

With its big, shaggy coat, obscured eyes, and white and gray color scheme, the Old English Sheepdog is one of the most recognizable breeds in the world. Its very appearance seems to radiate a friendly and approachable energy. This breed originated at some point in the 19th century from the region of Cornwall in southwestern England as a herding dog. Despite the name, it does not usually herd sheep. Instead, it was originally bred to move cattle along country roads between the pasture and the market.

You do not need to employ this breed as a work dog to enjoy its lovable company, however. You just need to give it plenty of affection and care. It also makes for an excellent show dog that loves to perform for audiences. Alternative names for this breed include the Shepherd’s Dog or the bob-tail sheepdog. According to the American Kennel Club, it ranks about average in popularity.

3 Pros and Cons of Owning an Old English Sheepdog

The Old English Sheepdog is a medium- to large-sized breed with a very compact body, a big square head, and a strong, muscular frame. Males weigh more than females on average. Here is a more complete breakdown of its size and weight:

The Old English Sheepdog is generally a strong, healthy breed with only a few notable problems. This breed is sometimes afflicted with eye diseases such as progressive retinal atrophy (the gradual loss of function in the retina) and cataracts (a clouding of the eye that is often associated with old age). Another potential health issue is hypothyroidism, which results from the under production of the thyroid hormone. Potential symptoms of this condition include lethargy, obesity, temporary cognitive decline, and infertility. Canine hip dysplasia is a genetic disorder that causes a developmental abnormality in the hip socket, resulting in lameness and limping. Other common problems include heart disease, arthritis, and deafness. Cancer is also one of the leading causes of death in this breed. Fortunately, some of these problems can be caught early with an annual health checkup. To sum up the most common health problems:

The Old English Sheepdog is a kind and gentle soul with a very friendly and affectionate personality. It is also intelligent and playful in equal measure and just loves to experience new situations and people. Despite being very athletic and energetic, this breed is actually suitable for a variety of different living conditions in both the country and city. As long as it receives enough exercise every day, it will cause very little trouble around the home. But don’t let its laid back nature fool you. The Old English Sheepdog actually makes for a good watch dog thanks to its alert personality and a loud and resonating bark. This breed is just an all-around excellent companion wherever you live.

How to Take Care of an Old English Sheepdog

The Old English Sheepdog is a medium- to high-maintenance pet that will give you as much effort as you put into it. You will get the best result if you socialize and train this breed from an early age as a puppy. This will form a deep lifelong bond with your dog that will encourage it to obey more often.

The Old English Sheepdog requires a high-quality dog food to support its moderately active lifestyle. The dog’s age shouldn’t be a huge factor when choosing the type and brand of food. Treats can be given to help guide your dog in training. However, this breed may have a tendency to become overweight, so it is a good idea to limit calorie consumption throughout the day.

The beta-carotene and DHA in this food are excellent for the eyes and vision to help combat eye conditions. The natural glucosamine and chondroitin from real chicken will help sustain your Old English Sheepdog’s joints beneath their large frame for a long, active life.

Follow this link to get Eukanuba Large Breed Dog Food on amazon. 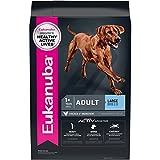 With its thick coat of double fur, the Old English Sheepdog is not a hypoallergenic breed. It sheds a good amount, though probably not any more often than comparable long-haired or bob-tail breeds.

In order to prevent matting, tangles, and the accumulation of dirt and grime, this breed does require very careful and thorough grooming around two or three times a week. The fur has a tendency to become quite dirty after outdoor activity and may therefore require periodic baths as well. You should also trim the nails on a regular basis to prevent any discomfort when walking or running. If you do not want the burden of grooming it yourself, then you should take it to a specialty groomer instead.

Obedience training is an important aspect of this breed’s socialization that will teach it basic commands such as sit, come, and stay. Fortunately, the Old English Sheepdog has a strong memory and a laid back, compliant nature, so training should come relatively easy to it as long as you don’t push it too hard. This breed does not tolerate confinement very well, so you should not leave it in a crate for long periods of time.

The Old English Sheepdog requires about one or two hours a day of moderate exercise in the form of walks and play sessions. A large yard is not necessary to keep this breed occupied, but you should make sure there is plenty of space around your home for daily activity. Despite its high energy level, this breed does know when to settle down and relax with the family after a long exercise session.

The first thing you will always want to do when buying a new puppy is to make sure it is fully up to date with its vaccines and health checkups. For the best results, you should purchase the puppy from a breeder that actually screens for genetic conditions. You may also notice that the English Sheepdog puppies tend to have a different appearance compared to their adult counterparts. They are born with a black and white coat of fur. The white and gray coat only develops after it sheds for the first time.

The Old English Sheepdog has a very casual and friendly demeanor for its entire life that makes it well-suited around children. It is patient and tolerant and doesn’t mind rough play. It is just an overall great companion for people of all ages. In fact, this breed is often called a nanny dog because of its kind and supportive role within the family.

If you are a fan of the Old English Sheepdog, then you might want to check out the following breeds of herding dogs, though many of these are not hypoallergenic either.

According to the website Pet ID Register, some of the most popular names for the Old English Sheepdog include:

The Old English Sheepdog has is a fairly popular breed that has appeared in numerous works of fiction and the wider popular culture. Here are just a few examples:

View all 23 animals that start with O

How much does an Old English Sheepdog cost?

The Old English Sheepdog is probably one of the best breeds to keep for the entire family. As long as you’re willing to devote the time and resources to care for this dog, it will give a lot of love and affection back to everyone. This breed also feels a sense of protection for the family.

The Old English Sheepdog does have a tendency to shed throughout the entire year. If you want a hypoallergenic dog, then this breed may not be right for you. But it does not require any more grooming and care than a typical long-haired or bob-tail breed.

The Old English Sheepdog has a rather docile and friendly temperament. It can be a little protective of its owner, but otherwise there is almost no reason to worry about aggression with this breed.

What is the life expectancy of an Old English Sheepdog?

This breed has a life expectancy of between 10 and 12 years. That is a little on the low side of dog breeds.

Old English Sheepdogs are Omnivores, meaning they eat both plants and other animals.

What Kingdom do Old English Sheepdogs belong to?

What class do Old English Sheepdogs belong to?

What phylum to Old English Sheepdogs belong to?

What family do Old English Sheepdogs belong to?

What order do Old English Sheepdogs belong to?

What type of covering do Old English Sheepdogs have?

What genus do Old English Sheepdogs belong to?

What is an interesting fact about Old English Sheepdogs?

What is the scientific name for the Old English Sheepdog?

The scientific name for the Old English Sheepdog is Canis Lupus.