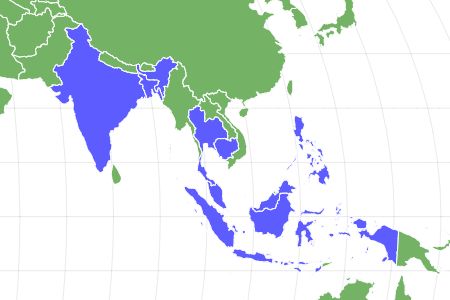 View all of our Paradise Flying Snake pictures in the gallery.

View all of the Paradise Flying Snake images!

The most notable feature of the paradise flying snake is that, as its name suggests, it is capable of a sort of gliding flight. These snakes can jump from treetops and manipulate their bodies in such a way as to float maximum distances of just over 300 feet. Their slim-sized round bodies flatten out as they launch themselves from limbs down onto prey below. They are a type of mildly venomous constrictor who feeds mostly on very small animals.

Where To Find Paradise Flying Snake

The paradise tree snake habitat is moist and wooded. This snake enjoys the forests, coastal forests and coconut palm trees of Thailand , Cambodia , Indonesia , India , Malaysia , the Philippines , Singapore, and Bangladesh in Southeast Asia . They spend a lot of time in or around trees, as well as hiding in holes or under logs. They are likely to be in places where lizards and frogs are abundant, as those are their most common prey, and places where trees are somewhat closely gathered.

The scientific name for the paradise flying snake is Chrysopelea paradisi. It is also known as the paradise tree snake, paradise gliding snake, and garden flying snake. “Paradisi” roughly translates in Latin and Greek to “park” which is likely where this snake was first discovered. The etymology of “Chrysopelea” is unknown, but refers generally to flying or gliding snakes. There are many species and subspecies which have been identified and then re-identified as something else or identified twice as separate species so that it is hard to distinguish which are the primary, true species, and subspecies.

The paradise tree snake was assessed for the ICUN Red List in 2011 and found to be of Least Concern (LC). Their population, which spans several countries in Asia, is listed as stable. More assessment and study is likely needed, but they are not in danger at this time and their population appears abundant. These flying snakes have very common and readily available prey, they stay out of the way of most predators by virtue of their tree habitation and they are not very common in the pet trade, so as long as their habitat is somewhat protected, they remain out of danger of extinction.

A paradise flying snake is black and green or yellow, with diamond-shaped markings along their backs which are often orange or red in color. Their underbellies are usually solid greenish-yellow. Their heads have a series of horizontal black stripes and then the pattern changes at their neck. They have snubbed noses, and round black eyes, large compared to the size of their heads. The tail of a paradise tree snake is very thin compared to the rest of its body. They are only about two to four feet long in size and quite slim when not flying through the air. Females tend to be much larger than males of the species.

Paradise Flying Snake: How Dangerous Are They?

The paradise tree snake has a relatively small mouth and only has fixed rear fangs and a mildly toxic venom, which means they do not pose much danger to humans. A few human finger bites have been reported, but no ill effects of the venom were reported. Such cases are extremely rare and would require a specific set of circumstances to occur. They also do not forcibly inject venom the way that species with front fangs do, instead, the venom is dripped into the wounds, making them less of a threat for anyone accidentally bitten.

There are some people who keep paradise flying snakes as pets, however, this is only an activity for a highly experienced snake owner. They require treatment for parasites upon receipt since captive breeding is rare and most pets are wild-caught specimens. They also require a lot of floor space, careful humidity monitoring, a lot of height in their enclosures, and live feeding of lizards and frogs, both of which also periodically need to be treated against parasites. All in all, they are a difficult breed to keep as pets and are therefore only recommended for owners with a significant amount of training and knowledge in snake keeping.

A paradise tree snake is mildly venomous, but their tiny fangs make it nearly impossible for them to inject venom into a human, though there have been reports of human finger bites.

Some people do keep the paradise tree snake in captivity, but due to their need for height and hunting, they are not good beginner or even intermediate pets.

Can the paradise tree snake fly?

A paradise flying snake cannot take flight from the ground into the air, but they can jump down from a tree in a sort of gliding flight, not unlike that of a flying squirrel

How far can the paradise flying snake fly?

A paradise tree snake can glide quite far, reaching distances of up to 100 yards with their glides.

Paradise flying snakes are only deadly to the lizards and frogs and other small animals which make up their prey, and not to humans.

Where are paradise flying snakes found?

Paradise tree snakes can be found in the forests in 10 countries in Southeast Asia, including Indonesia, India, Malaysia, and Singapore. 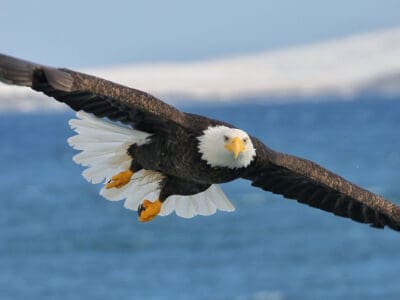 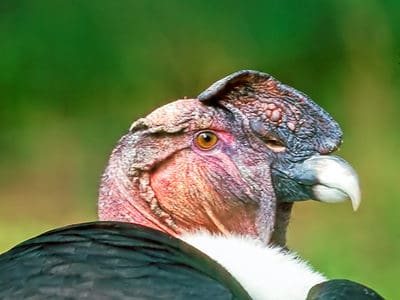