Flying snakes are the only gliding limbless vertebrates or animals with a backbone. 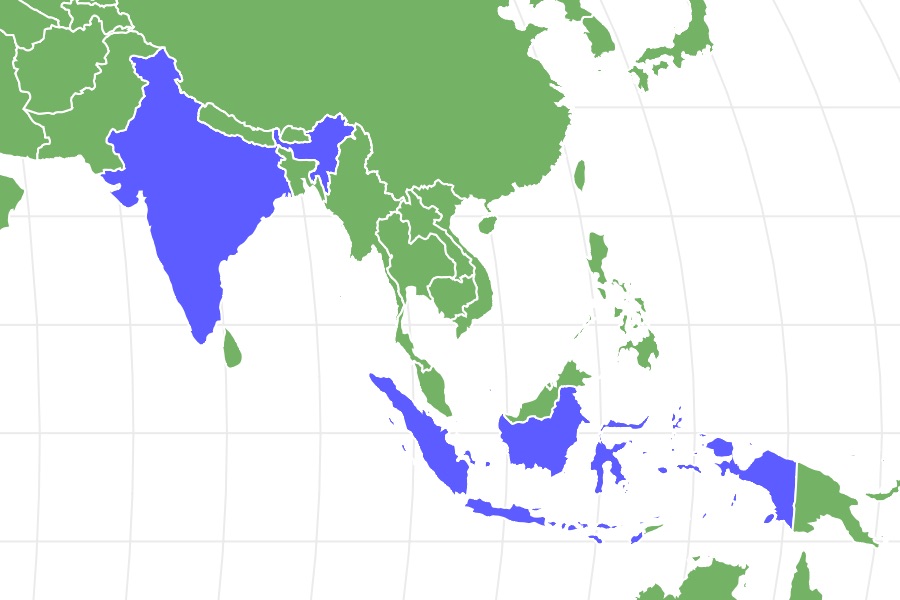 Prey
Rodents, bats, birds, and their eggs, frogs, smaller snakes and lizards
Name Of Young
Hatchlings, snakelets
Fun Fact
Flying snakes are the only gliding limbless vertebrates or animals with a backbone.
Habitat
In the forests and jungles of western India and east to Indonesia
Diet
Omnivore
Number Of Species
8

View all of our Flying Snake pictures in the gallery.

View all of the Flying Snake images!

Though they don’t fly like birds or bats, the very sight of these brightly colored southeast Asian snakes “swimming” through the air between trees is awesome. Scientists have invested much time and money into figuring out just how flying snakes “fly,” but for the snake, it’s just another life skill. Gliding saves time and energy when it’s time to hunt for prey and avoid being hunted.

Here are four amazing facts about the flying snake.

1. The beautiful paradise tree snake is the best glider of all the flying snakes.

2. Flying snakes are the best gliders of all gliding animals, as they don’t have to bother with drag-producing limbs. Indeed, they’re the only gliding limbless vertebrates or animals with a backbone.

4. Smaller are better at gliding than larger ones.

Where To Find Flying Snakes

These snakes are found in the forests and jungles of western India and east to Indonesia. They are considered arboreal snakes because they live in the trees and rarely come down to earth.

The scientific name of the genus flying snakes belong to is Chrysopelea. Interestingly, scientists don’t know where the genus name comes from, though “chryso” seems to be taken from the Greek word chrysos which means “golden.” There are five species. C. ornata is is the golden tree snake, C. paradisi is the paradise tree snake, C. pelias is the twin-barred or banded flying tree snake, C. rhodopleuron is the Moluccan flying snake and C. taprobanica is the Sri Lankan flying snake.

The golden tree snake has three subspecies. They are:

The paradise tree snake also has three subspecies. They are:

Unlike a lot of reptiles and other animals that belong to the same genus, these snakes can often be told apart according to their habitat and their species. The golden tree snake is the largest of the snakes. It can grow up to four feet long, and its size keeps it from gliding as gracefully as the other members of Chrysopelea. Despite its name, it can be mostly green, yellow, or red with different color markings.

The paradise tree snake got its name not because it was found in a paradise but because it was most likely discovered in a park. It can be three feet long and is sometimes kept as a pet. Its body has a black background with a pattern of beautiful green bands marked with orange, red or yellow. The paradise flying snake is one of the most agile of the species.

The twin-barred or banded flying snake grows to only two feet. Its body has a black or dark gray ground that is embellished with slender yellow, red and black bands. It is quite rare, and despite its small size, it’s not as good a glider as the paradise tree snake.

The snakes can also be told apart by their location in some cases. The Moluccan flying snake is largely found in Sulawesi and Ambon, Indonesia, and the Sri Lankan flying snake is found, of course, in Sri Lanka. Its body comes in shades of green with dark bands and, sometimes, orange or red spots between them.

Generally, these snakes are slender with beautiful colors and patterns on their sides and tops and yellow scales on their bellies. They are not large and rarely grow longer than 4 feet, and they weigh from 1.2 to 2 pounds. Their snout is pointed and flat, and their eyes are large and dark. Of course, the one thing that identifies them right away is that they glide from place to place. If you see a snake undulating through the air as if it’s swimming in the water, that is a flying snake.

How Dangerous Are Flying Snake?

The venom of these snakes is not life-threatening to humans and is used to subdue its prey. However, a bite from one of these snakes still shouldn’t be taken lightly, for it can cause pain and swelling. People are often treated with local pain killers and given a tetanus shot if they need one.

These snakes are diurnal which means they hunt during the day. Despite the fact that they’re not very large snakes, they take a variety of animals that may be much larger than the diameter of their head. These include rodents, bats, birds, and their eggs, frogs, smaller snakes and lizards. Their venom is delivered from the fangs at the back of their mouth, which makes it hard for them to envenomate a human.

Biologists believe that these snakes glide from tree to tree to find food and to escape danger, which often comes in the form of a bird of prey. The snake climbs to the very end of a tree limb, picks out a place to land, twists its body into a J shape then simply flings itself off the branch towards the target. While in flight, it flattens out its ribs and makes itself twice as wide as it usually is, turning its body into something of a frisbee.

Not much is known about how flying snakes mate, but biologists do know that they lay about 6 to 12 eggs at a time in mid-spring. The gestation period is not known eithe,r but the baby snakes are brilliantly colored and are about 6 to 7.9 inches long when they hatch, usually in June. The lifespan of these snakes is about 10 years.

Flying snakes help humans by eating vermin such as mice and rats, and they regulate the populations of other animals such as birds, reptiles and frogs. Their own populations are mostly stable, and their conservation status is least concern.

Flying Snakes are mildly venomous. Their venom is life-threatening only to their prey. Yet they are seen constricting prey to death or even snapping their necks to kill them.

Their venom is not very harmful to humans.

How do flying snakes hunt?

Flying snakes hunt like most other snakes, using their Jacobson’s organ to identify the molecules laid down by potential prey. The one difference is they can glide from tree to tree in search of prey which other snakes cannot.

Flying snakes don’t seem to be particularly aggressive, but they bite if they don’t like being handled.

Where do flying snakes live?

Flying snakes live in southeast Asia from India to Indonesia.

What is a flying snake?

A flying snake is a small, jewel-colored snake that can glide. It is the only limbless vertebrate that can do so.

Can a flying snake bite you?

A flying snake can bite if it is annoyed, but the wound is not dangerously venomous.

How do flying snakes fly?

Flying snakes “fly,” by flattening out their ribs and undulating and twisting their bodies through the air. They use their tail, which is long for a snake, as a sort of rudder.

How far can a flying snake fly?

The snake can fly as far as 300 feet away, though they have more control if they glide through an area that’s about 78 feet long.

Where do flying snakes live?

Flying snakes live in the mid-stories of jungles, forests, and woods of southeast Asia from India to Indonesia.