Seeks out sources of light 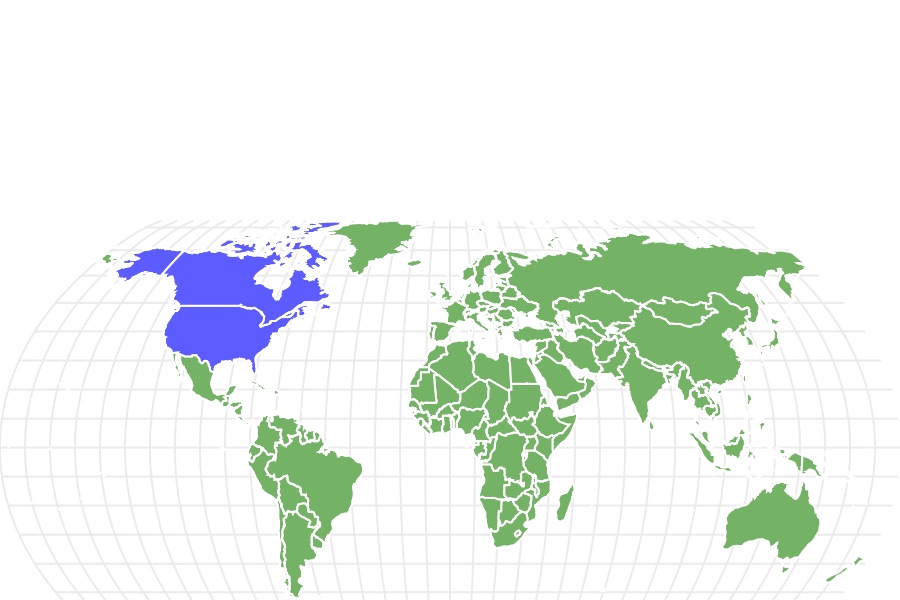 View all of our Pennsylvania Wood Cockroach pictures in the gallery.

View all of the Pennsylvania Wood Cockroach images!

“Out of all North American cockroaches, the Pennsylvania wood cockroach is the most likely to be found in firewood.”

For many, even the mention of a cockroach is enough to bring about looks of disgust and feelings of revulsion. Roaches are one of the oldest species on the planet; they’ve been around since the early Carboniferous period, about 350 million years ago. Today’s cockroaches look almost exactly the same as their ancient ancestors. The key to their longevity has been the generalization and simplification of their bodies.

As their name suggests, the Pennsylvania wood roach is commonly found in Pennsylvania. However, they’re not restricted to only one state; wood roaches can be found throughout the eastern United States, from Florida in the south, to southern Canada in the north. They’re not generally known in the western United States, roughly from the Rocky Mountains to the west coast.

The wood roach’s scientific name is Parcoblatta pennsylvanica, named for the state in which they are most commonly found. Outside Pennsylvania, they are often called simply ‘wood roaches’. If you live anywhere in the eastern United States, and you find a cockroach hiding in your firewood, there’s a good bet it’s a Pennsylvania wood roach.

Wood roaches exhibit a high degree of sexual dimorphism, meaning that males and females look very different. Both males and females have six long, segmented legs, two lengthy antennae, and segmented bodies. Like many cockroaches, the wood roach’s antennae exceed the length of the body; they use them to sniff out good things to eat, like rotting leaves and wood.

Wood roach legs are covered in thick spikes that give them traction when climbing even the smoothest of surfaces. The spikes may look intimidating, but don’t worry—they’re just for getting around, not for hurting people. The front pair of legs are the smallest, with the hind legs being the longest and strongest.

Male wood roaches have body length, functional wings—they can easily fly through open windows into homes in search of food. Females meanwhile have wings only about half the length of their bodies. Their abdomens are also thicker than the male’s abdomen; females can’t fly or even glide.

Wood roaches start out life as eggs encased in egg cases called ootheca. Each egg case contains around 32 eggs; they take around 34 days to incubate. Females birth the egg case whole and deposit it beneath loose bark, or inside of rotting trees for safety.

On hatching, the larval wood roaches are pure white and soft-shelled. As they grow, they both darken in color and grow harder exoskeletons. They’ll stay in the nymph stage for 10-12 months on average, though it may last up to two years. During this stage, the nymphs repeatedly shed and regrow their exoskeleton in a process called molting.

After the final molt, the nymphs become sexually mature adults. Unfortunately for the wood roach, the adult lifespan typically lasts only a few months. Adults are dark brown in color, while nymphs are closer to mahogany brown. Adult males have body length, tan wings that make them look very different from adult females.

Unlike pestilential species of cockroach (like the German roach), Pennsylvania wood cockroaches don’t actually like the indoors. They’re a forest-loving species, and most spend their lives in the woods munching on greens and rotting wood.

However, they have a soft spot for firewood and often make their homes in stacks of cut wood. This can cause problems if people stack firewood against their houses, or even store the wood in their homes. Wood roaches most often make their way inside via firewood, though males will also fly through open windows and doors in search of light sources.

Wood roaches are truly a wood-loving species, which means they’re not a problem if you live in the city, or in a forest-free urban setting. They can, however, become nuisances to people living in or near woodlands, especially if those people employ wood-burning stoves.

All cockroaches are omnivores, but each has a particular preference for one food or another. Some feed almost exclusively on leaves, while others prefer fruit. Still more rely almost entirely on human leavings like leftover food, waste, and garbage.

The Pennsylvania wood roach isn’t a fan of garbage though—it prefers to munch on rotting vegetation. Wood roaches can be found anywhere there are forest detritus to feed on; fallen trees, pine needles, leaves, and bark all make a welcome meal for the wood roach.

What Eats the Pennsylvania Wood Cockroach?

Unlike many other species of roach, the Pennsylvania wood roach has no problem with the light. In fact, they often feed on the forest floor during the daytime. This behavior opens them up to a whole host of predators. These include amphibians like frogs and salamanders, reptiles like snakes, small mammals like mice and rats, and birds.

Prevention and Extermination: How to Get Rid of Pennsylvania Wood Cockroaches

If you’re an urban dweller with a house full of roaches, you’re probably facing a species other than the Pennsylvania wood roach. If, however, you live in or near forested areas of the Eastern half of the United States, you may be dealing with a wood roach.

Wood roaches come inside via firewood, open windows, or open doors. The best way to tell if you have wood roaches is by location; are they located near your firewood or fireplace? If so, they’re probably wood roaches. You don’t have to worry too much about an infestation though, wood roaches don’t easily survive indoors, and would rather go back outside.

The big concern, when it comes to wood roaches, is when they decide to snack on your wood siding or wood shingles. They’re not terribly picky when it comes to easily digestible wood and leaf litter, but you do want to keep them from munching on your home. If you suspect a wood roach problem, you may want to employ roach traps or even insecticide spray. But, for the most part, Pennsylvania wood roaches don’t pose a threat to humans.