The Peruvian Inca Orchid is the national dog of Peru 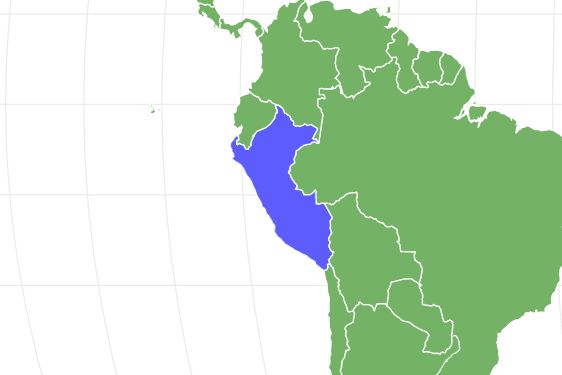 Peruvian Inca Orchid as a Pet:

View all of our Peruvian Inca Orchid pictures in the gallery.

View all of the Peruvian Inca Orchid images!

The Peruvian Inca Orchid (also known as the Peruvian Hairless Dog) is an ancient breed, dating back more than a thousand years in Peru. Depictions of this breed first appeared on the local pottery of the Moche people by around the year 750 AD. When the Spanish conquistadors arrived, this was one of the major breeds prized by the Incan Empire. While the Incans did not originally breed this dog, it came to be associated with them. This breed declined swiftly following the end of their empire, and the remaining survivors were mixed heavily with Eurasian dogs; it has even lost the unique genetic signature that would identify it as a pre-contact American breed.

The Peruvian Inca Orchid is considered to be a sighthound, adept at hunting small rodents. It is characterized by a sleek and athletic body, long ears, and a thin and sinewy tail. Hairlessness (except on the head, feet, and tail) is the breed’s most important physical characteristic, but coated varieties can also appear, even within the same litter as hairless dogs. The coated variation is the result of a recessive trait.

The dog needs to inherit two recessive traits from both parents to grow a full coat of fur. If it inherits a dominant hairless trait and a recessive-haired trait, then it will result in a hairless dog. If the dog inherits two copies of the hairless trait, then the fertilized egg will die shortly after. This means all surviving dogs will have at least one recessive-haired trait. Any colors are accepted, including white, pink, tan, gray, black, and brown.

The Xoloitzcuintli (or Xolo for short) is another ancient hairless breed, this one hailing from Mexico. It bears a strong resemblance to the Peruvian Inca Orchid both in its temperament and physical characteristics. The untrained eye may accidentally mistake them for each other. They have similar builds, similar sizes, and come in both haired and hairless varieties.

3 pros and cons of owning a Peruvian Inca Orchid

The Peruvian Inca Orchid comes in three basic sizes: small, medium, and large. The small version generally weighs between 8.5 and 17.5 pounds. The medium version weighs 17.5 to 26.5 pounds. And the large dog weighs 26.5 to 55 pounds.

The Peruvian Inca Orchid has a good lifespan of 12 to 14 years, but it is prone to developing several different health problems, including acne, skin lesions, epilepsy, cancer, irritable bowel disease, and missing teeth. This dog will need routine checkups at the vet to catch health problems as early as possible. In summation, these are the most common health problems with the PIO:

Health and Entertainment for your Peruvian Inca Orchid

The Peruvian Inca Orchid has a “primitive” personality; this means it can exhibit a wide range of different temperaments, from docile to more feral. It’s also a sensitive and affectionate dog that loves people and always thrives in its owner’s presence. The Peruvian Inca Orchid is considered to be an indoor dog; it should not be left alone outdoors for long periods without supervision, even if you’re somewhere nearby. It also needs constant mental stimulation throughout the day. Otherwise, it could resort to annoying and destructive behavior.

How to Take Care of the Peruvian Inca Orchid

The Peruvian Inca Orchid is probably best-suited for experienced owners that have enough time to shower it with constant company and attention. It does well in both apartments and houses, but it should be kept indoors for most of the day.

The Peruvian Inca Orchid will need a few cups of high-quality dog food per day, based on the dog’s age, size, and activity level. Both commercial dog food and home-prepared food should suffice to satisfy your dog’s needs.

The Peruvian Inca Orchid should do well with minimal grooming. The hairless version needs to be wiped down with a damp cloth frequently to remove dirt and grime, and it will also need occasional baths every week or two to prevent the skin from developing blemishes and acne. In addition to these normal grooming habits, the nails will need to be trimmed about once a month, or whenever needed, to prevent them from splitting, cracking, or clicking on the floor. The ears should be checked every so often for signs of infection and then cleaned out with a cotton swab and cleansing solution. The teeth should be brushed frequently as well. When you venture outside into the sun, the dog will need proper sunscreen or clothing to protect its fragile skin.

The Peruvian Inca Orchid should be fairly easy to train with enough positive reinforcement methods, but owners may need to commit a substantial amount of time to work with them. Patience and consistency are required to get the most out of them.

The Peruvian Inca Orchid needs about 30 minutes or more of exercise per day. It enjoys indoor playtime, walks around the block, and free running, preferably in a fenced yard. Be careful about letting this dog off the leash, because it does tend to chase small animals around.

Peruvian Inca Orchid puppies need to begin the process of socialization, housetraining, and boundary setting as early as possible. It should be gradually eased into more advanced training after a few months. Crate training, while not mandatory, can help quite a bit with housebreaking and early behavioral issues. You should also try to get this dog out of the house and introduce it to as many new situations as possible.

In addition to all of this, this breed does have a few unique personality quirks that owners should be aware of. According to the American Kennel Club, rough play should be discouraged as a puppy, because it could promote aggressive behavior later on. Puppies also do best with children and other animals if raised with them from a young age.

The Peruvian Inca Orchid and Children

The Peruvian Inca Orchid is generally not recommended for homes with smaller children. They will do best in households with older, more responsible children. Adults should supervise all interactions between this breed and their kids.

The PIO resembles several other breeds of small to medium-sized hairless dogs around the world.

The Peruvian Inca Orchid is unfortunately quite rare outside of its native country. There are few famous examples of it in the world.

If you still haven’t settled on a good dog name, then you might want to consider the following options:

What is a Peruvian Inca Orchid?

The Peruvian Inca Orchid is an ancient breed hailing from Peru. It is highly affectionate, sensitive, and loyal to its owner.

What is the price of a Peruvian Inca Orchid?

The price of a new puppy can vary widely depending on a number of factors, including availability, pedigree, and health of the dog. Potential owners should probably expect to pay at least $1,000, sometimes substantially more, though it might be possible to find one for less. The price of adopting a PIO is normally no more than a few hundred dollars, assuming you’re lucky enough to find one in a shelter or with a willing seller. Mixed breed dogs will generally cost a lot less as well.

Can a Peruvian Inca Orchid be left alone?

This breed should not be left alone for more than a few hours at a time. If you do plan to leave it alone, then it must be kept indoors. You should ideally have someone check on your dog throughout the day.

How big is a Peruvian Inca Orchid?

The PIO usually grows no larger than 55 pounds and stands up to 26 inches around the shoulders.

The PIO has an average life expectancy of 12 to 14 years, but with enough good care and luck, it can live several years longer.

How do I rescue a Peruvian Inca Orchid?

Because of their rarity, it’s probably a good idea to get in touch with a breed-specific rescue organization. They are most likely to have a rescued purebred PIO or a mixed dog.

How do I care for a Peruvian Inca Orchid?

The Peruvian Inca Orchid isn’t too difficult to care for. It will only require a moderate amount of exercise, minimal grooming with a damp cloth, occasional baths, nail trimmings, ear cleanings, and teeth brushing. While care is relatively easy, owners will need to set aside a substantial amount of time throughout the day, because it can grow bored easily if left to its own devices.

Why is it called a Peruvian Inca Orchid?

According to a legend, the Spanish named these dogs Perros flora because they were found near caves with wild orchids. American dog breeder Jack Walklin encountered this breed while visiting Peru in 1966 and came up with the equally descriptive name of Peruvian Inca Orchid.