The smaller size of the Pocket Pitbull made it better suited for fleeing game as compared to larger Foxhounds. 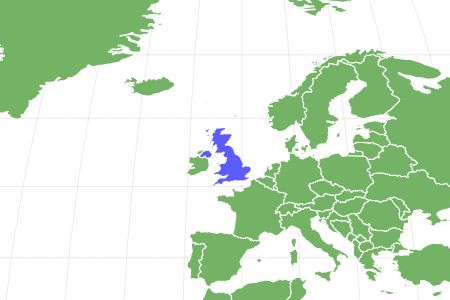 Fun Fact
The smaller size of the Pocket Pitbull made it better suited for fleeing game as compared to larger Foxhounds.
Most Distinctive Feature
Flattened face with a bulky neck and large head.
Diet
Omnivore
Average Litter Size
2-9

Pocket Pitbull as a Pet:

View all of the Pocket Pitbull images!

Also known as a miniature Pitbull or a teacup mini Pitbull, a Pocket Pitbull only grows to be about 16 inches at its maximum height. Though some people may worry about “small dog syndrome” and aggression, the opposite is true for this pup. They are quite friendly and easy to train, making them loving family dogs. They have a lot of energy, so they’ll need someone with a strong arm whenever they go on a walk. Built of pure muscle, this dog gives the look of a pet with much more ferocity, but it is quite the lovebug.

3 pros and cons of owning a Pocket Pitbull

The sizes of the Pocket Pitbulls play a major role in their categorization. Generally, these dogs have short hair, and they only measure about 12-16 inches tall. That’s why they are also called the teacup mini Pitbull or the miniature Pitbull. Any Pitbull above this range of sizes, whether male or female, is no longer considered a Pocket Pitbull. Instead, it is then referred to as a Pitbull mix.

At their adult weight, males and females alike are about 11-22 pounds. Since they are often mixed with a terrier or a similar small dog, it is difficult to say how big a puppy is.

Taking care of the Pocket Pitbull requires more than just the right foods and grooming. They have a few common health issues that they inherit from the parent breeds, which is why choosing the right rescue or breeder is necessary.

Hypothyroidism is a major concern among any variation of Pitbull, leading to low hormone levels that cause weight gain and lethargy. Heart disease is inherited from the Patterdale Terrier, which often shows up in symptoms like coughing, weight loss/loss of appetite, fatigue, and difficulty sleeping or breathing.

Hip dysplasia can be a difficult issue for any Pitbull breed as well, which is more common in older dogs, though obesity can lead to a greater chance of it later in life. Obesity can also put them at a greater risk of heart disease (which is mentioned above).

Eye issues can plague the miniature Pitbull. They can cause pain and blindness if left untreated, so it is important to go through screening with their vet to get ahead of possible problems. The Pitbull side gives this breed a predisposition to skin allergies too, which often arises on their feet, their ears, and even the natural folds of their skin.

Though these are the most common issues that Pocket Pitbulls face, their breeding will also play a role. Always learn as much as possible before deciding to rescue this adorable breed.

The typical health issues associated with the Pocket Pitbull include:

Since the Pocket Pitbull is influenced by two different breeds, their behavior and personality can have quite a range. Still, they have a fairly friendly personality that is loyal to their family. They have an aura of confidence, paired with their impressive intelligence. They need some mental and physical stimulation, making them a great companion for active families.

If this pup takes after the Patterdale Terrier traits, you might struggle with separation anxiety. While they may be calm for a couple of hours as you run an errand or go to a movie, they don’t like to be alone for long, leading to potentially destructive behaviors. This desire to be close comes entirely from a love for their family, and they will act as a territorial guard dog to make sure nothing happens to them. They are extremely good watchdogs, barking if an intruder comes near.

Regardless of the side that this dog is prone to, one thing is certain – they love children. With their natural playfulness from Patterdale and their tendency to act as a nanny dog from the Pitbull, they will be a great companion with the right training. They sometimes forget their strength, so most breeders will not recommend this type of dog for a home that has small children.

How to Take Care of a Pocket Pitbull

Adopting a Pocket Pitbull is a big step, regardless of whether the dog is from a rescue or a for-profit breeder. Even as a puppy, the Pocket Pitbull needs to feel welcome, nourished, and safe, but the tips below can make it rather easy to achieve those goals.

Choosing high-quality dry food at any age is necessary, due to the many allergies that the dog can sustain. They also need a lot of protein to sustain their energy levels.

Most owners choose either a dry dog food diet that requires 2.5 to 3 cups a day, or they choose to feed the dog a diet of raw muscle meat, organic meat, vegetables, and fruits. The latter also includes bones as a regular staple. The people who choose this type of diet – often called the BARF (Bones and Raw Food or Biologically Appropriate Raw Food) diet – claim that it improves their coat, skin, and energy levels.

For a puppy, the meals should be broken down into 2-3 times daily until they are six months old. When they walk away, take away the dish to avoid spoiling and maintain a consistent routine.

Health and Entertainment for your Pocket Pitbull

The unpredictability of the coat of the Pocket Pitbull makes it difficult to determine the type of care that it will need. The breed is typically a combination of Patterdale Terriers and the American Pitbull Terrier, and the two dogs have significantly different coats. While the Patterdale Terrier is coarse and wiry as their top layer of fur, they also have an undercoat that is quite dense. The Pitbull is typically sleek and smooth, and they have no undercoat at all.

Typically, the Pocket Pitbull’s coat will be closer to that of the American Pitbull Terrier, which only needs weekly brushing to keep the fur and skin healthy. The foods that you choose for your pup will influence the health of the coat as well.

Regardless of the genetics that the Pocket Pitbull takes after, they will likely shed a lot, so brushing will prevent the hair from building up within their coat.

One of the biggest advantages of the Pocket Pitbull is that this breed is incredibly easy to train. Both of the breeds in their genetics are known for their intelligence and role as working dogs, so this willingness to learn is practically programmed into their DNA. With a firm disposition and positive reinforcement, the Pocket Pitbull can be trained much more easily than other breeds.

When training a Pocket Pitbull, remember to keep a calm demeanor without giving up your assertiveness. Set boundaries to ensure that that the dog knows where he is allowed to go.

Though the Teacup Mini Pitbull is small, it comes with a lot of energy, and they need regular exercise to stay healthy. Both of the parent breeds have a lot of energy as well, especially considering that the Patterdale Terrier is typically a hunting dog.

To keep the Pocket Pitbull entertained, they will need a lot of interaction with their owner. It is best to help them relieve their excess energy with no less than 1 hour of active play every single day, and they’ll need to go on regular walks. To avoid behavioral issues, make exercise a consistent part of their routine, giving them plenty of open space to run, play, and have fun.

Pocket Pitbull puppies can easily take on the more independent side that the Patterdale Terrier has, which is why training early is so important. They need a firm owner that will take on the position of their alpha before they grow too far into their independence so that they are easy to push through house-breaking and obedience training. Socializing with other dogs is particularly helpful to their mental and intellectual growth.

Always take the time to monitor interactions between children and any dog, teaching them the correct behavior around the breed.

Dogs similar to a Pocket Pitbull

Any owner of a Pocket Pitbull needs to be ready for the intelligence and high energy of the breed. However, some of the similar breeds include the Patterdale Terrier, the American Staffordshire Terrier, and the American Bulldog.

Pocket Pitbulls are still relatively new dogs, so they haven’t been exposed to the silver or small screens much (if at all). Though they were allegedly introduced during the 19th century as fighting dogs, there are no records of celebrities or historical figures that have owned them specifically.

Here are a few fun names for your new Pocket Pitbull:

What is a Pocket Pitbull?

These dogs have their origins in Patterdale terriers, a cross between the American Pit Bull Terrier and the Patterdale terrier. They can weigh up to 22 pounds, standing about a foot tall. Although it is significantly smaller than a Pit Bull, a Pocket Pit is closer to middle-range sizes, rather than a pocket-sized dog.

How much does a Pocket Pitbull cost?

No. Pocket Pits are extremely loyal, calm, and loving watchdogs with the right training.

Not in every part of the world. Access to research that proves how nonviolent they are is paving the way for more welcoming laws worldwide.

If they are given a lot of attention and lead an active lifestyle, they can make the best family watchdogs.

How do you breed a Pocket Pitbull?

The Pocket Pit is a crossbreed between the Patterdale terrier and the American Pit Bull Terrier.

Is the Pocket Pitbull good with kids?

They can be very good with children with early training. However, they are not suitable for very small children, like babies and toddlers, due to their strength.

How long does Pocket Pitbull live?