Can detect electrical fields from other creatures 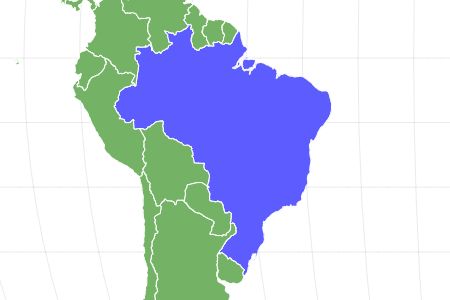 View all of our Polka Dot Stingray pictures in the gallery.

View all of the Polka Dot Stingray images!

The Polka Dot Stingray, sometimes known as the Xingu River Ray, White-Blotched River Stingray, is a freshwater stingray that only lives in Brazil’s Xingu River.

Although sometimes eaten, this ray is unavailable for commercial fishing and has a low recreational fishing demand. Because of the high price associated with sourcing these rays from the wild, specimens used for food or clear aquarium settings are often captive-raised, boasting a long lifespan for a stingray.

The Polka Dot Stingray’s scientific name is Potamotrygon leopoldi. Other names this ray might be known by, include Xingu River Ray or White-Blotched River Stingray. Polka Dot Stingrays are within the Myliobatiformes order, including three suborders, four superfamilies, three subfamilies, and ten families. These rays are a type of flattened fish and are related to sharks.

Polka Dot Stingrays can reach lengths of 30 inches and a diameter of 18 inches. Some of the biggest of these rays on record have weighed as much as 44 pounds. Despite the large size, these fish flatten out considerably when sheltering in river bottoms to avoid detection.

These rays have uniformly black scales, although the underbelly is usually a lighter brown. The ray’s most distinct markings are its white spots that resemble a polka dot pattern. Although relatively easy to see in clear water conditions, these patterns act as camouflage.

The exact population of Polka Dot Stingrays is unknown, with the population of this ray confined to the Xingu River basin in Brazil. These rays live at depths of 13-14 feet, allowing them to hunt their prey more easily. Although often found in the neighboring Fresco River, part of the Xingu River basin system, the rays are strictly a freshwater species not found outside of this region.

Where to find: Polka Dot Stingrays and How to Catch Them

The Polka Dot Stingray has a carnivorous diet, including crabs, snails, and fish. This ray captures its prey by burrowing in the river bottom and waiting for prey that it senses. These rays face threats from poaching because of the high prices poachers get away with and pollution.

Humans are the most significant predator that may eat these rays. However, larger fish species may also threaten these creatures.

What does the Polka Dot Stingray eat?

Aquatic invertebrates and fish make up most of this ray’s diet. However, other freshwater crustaceans, crabs, and snails are also part of this species’ diet.

Polka Dot Stingray mating is a relatively brief process, although whether there are distinct mating periods in the wild is unknown. The female’s eggs go through fertilization internally, with the female giving birth to live young after 9-12 weeks. Gestation time sometimes varies depending on available food sources, which may make the gestation period length less clear.

Most of these rays have larger litters than similar species, with 7-8 pups. These young rays will be mature enough to reproduce by 8-18 months. The average lifespan is 10-19 years.

The Brazilian government does not permit the export of these rays, making fishing for them rare. Most Polka Dot Stingrays and similar fish consumed come from captive breeding. With this species not being a commercially-caught fish, it’s unknown how many people catch it every year.

Stingray meat, in general, has 90 calories and 20g of protein. Some of the most popular ways of preparing the meat include grilling, use as an ingredient in seafood salads or pasta, and smoked. Stingray meat can make a great scallop substitute.

Some of the recipes that include stingray meat include BBQ Stingray, Grilled Spicy Stingray, and Sambal Stingray

Where Are Polka Dot Stingrays Found?

How Big Do Polka Dot Stingrays Get?

Polka Dot Stingrays can reach 30 inches in length and 18 inches in diameter, with a maximum weight of 44 pounds.

Can You Buy Polka Dot Stingrays?