They are called “phants” or “satanics” in the pet trade. 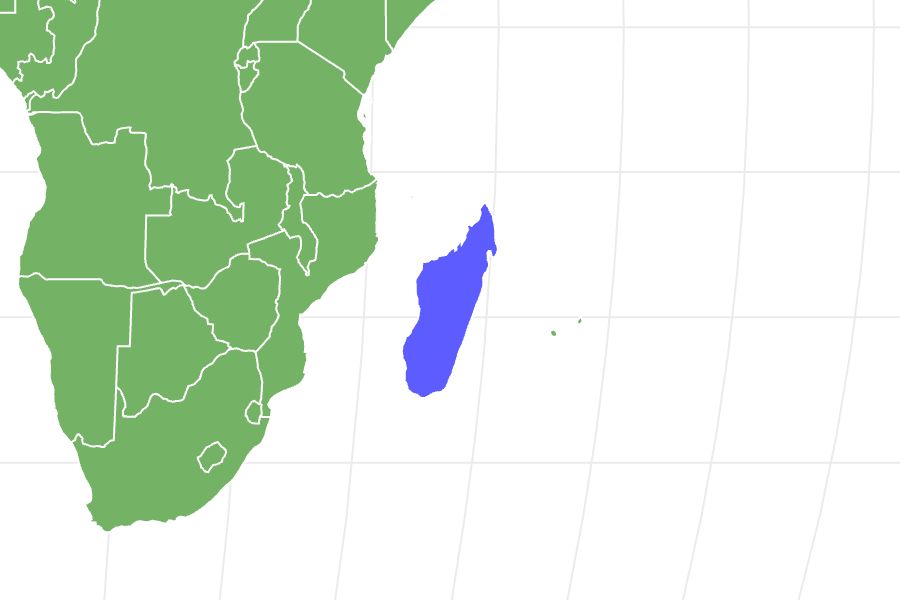 View all of our Satanic leaf-tailed gecko pictures in the gallery.

View all of the Satanic leaf-tailed gecko images!

“The Satanic leaf-tailed gecko is a lizard that looks like a leaf!”

One of the most spectacular examples of camouflage in the animal kingdom, the Satanic leaf-tailed gecko looks so much like a dead leaf that a person can be staring at it in a tree and simply not see it. The tail doesn’t just sort of resembles a leaf but has the veins, discolorations, and flaws of a real decaying leaf. This is important, for this gecko is tiny and lots of Malagasy animals have it on the menu!

Here are five facts about the Satanic Leaf-tailed Gecko:

The Satanic Leaf-tailed Gecko’s scientific name, Uroplatus phantasticus comes from Latin and Latinized Greek. Uroplatus is derived from the Greek oura, which means “tail,” and platys, which means flat. Phantasticus is Latin for “imaginary,” as the reptile has such an otherworldly appearance that the naturalist who named it, George Albert Boulenger couldn’t believe what he was seeing. So its name means “fantastical creature with a flat tail.” So far, there are only one species of this lizard, though it is a member of the Uroplatus genus of geckos.

The Satanic leaf-tailed gecko only grows to 3.5 inches long, including its tail, and weighs less than an ounce. Like most geckos, it has huge eyes for nighttime vision, and its feet have bud-shaped toes filled with setae, which allows it to cling to surfaces as smooth as glass. Its back is arched like the curve of a leaf, and its tail is also foliform, with the spots and irregularities found on a decaying leaf. Males appear to have more notches on their tails than females. The body of the gecko also bears the colors of a dead or dying leaf, and it has sharp ridges over its eyes that give it a look that some people find satanic.

The Satanic leaf-tailed gecko is one of several animals that have evolved to look like plants for the purpose of camouflage. The gecko does this not just by its coloration, which has the brown, tan, purple and orange blotches of a decaying leaf, but by its silhouette, which is irregular for a lizard and allows it to simply disappear into the trees where it lives. The texture of its skin also mimics leaf veins. It can even hang from a tree limb to mimic a leaf.

This little gecko is solitary and spends its days lying flat against tree branches or tree bark. Because of its shape and coloration, it is hard for predators to see it. But at night it starts to hunt for its own prey, which are insects such as moths and crickets. In captivity, U. phantasticus will eat anything it can handle, including snails, spiders and cockroaches.

The Satanic leaf-tailed gecko is only found in Madagascar, an island off the continent of Africa. It is found in the rainforests in the center and north of the country. The geckos don’t live very high in the trees but prefer shrubs and small trees a few feet from the ground.

The diet of this gecko in the wild is a wide array of insects, small arthropods and invertebrates. Females consume lots of snails, as they need the calcium in their shells for producing eggs. Captive geckos are also dusted with vitamins and calcium.

Predators of the gecko are rats and other, larger reptiles such as snakes. Some biologists also believe that birds prey on the animal, while others do not. But the biggest threat to this Malagasy gecko is the destruction of its habitat through logging. It has uniquely evolved to live in its habitat and doesn’t adapt well when it’s disturbed. Geckos that are taken from the wild to be pets also threaten the animal’s ability to thrive.

What eats the Satanic Leaf-tailed Gecko?

The Satanic leaf-tailed gecko is eaten by snakes, possibly birds of prey and rats.

What does the Satanic Leaf-tailed Gecko eat?

In the wild, Uroplatus phantasticus starts to breed during the rainy season and will even reproduce in captivity if given the proper care. In the wild, the female lays two to three eggs in leaf litter on the ground. She will lay about six clutches of eggs per year. If the eggs are fertile, they will be hard and round. Infertile eggs tend to be a bit oval and sticky.

The baby lizards hatch after 90 to 120 days and they are tiny replicas of their parents at only 3 0.12 of an inch long, including their tail. They are independent and receive no care from either parent. If they’re lucky, they can have a lifespan of over 10 years.

Though scientists don’t know exactly how many of these geckos are in the wild, as of 2021 its conservation status is Least Concern. However, the population is decreasing.

The Satanic leaf-tailed gecko is a carnivore. Specifically, it’s an insectivore whose diet includes insects, worms, spiders and snails.

Why is it called a Satanic leaf-tailed gecko?

It was given that name because it has projections over its eyes that make it look like a little devil, and its tail is shaped like a leaf.

What does the Satanic leaf-tailed gecko do?

This little gecko rests during the day and hunts at night. It breeds at the beginning of Madagascar’s rainy season.

These geckos aren’t yet endangered but they might become so if their habitat continues to be disrupted.

What does the Satanic leaf-tailed gecko eat?

The gecko eats insects, including moths and crickets, worms, spiders and snails.

How much is a Satanic leaf-tailed gecko?

How much does a Satanic leaf-tailed gecko weigh?

On average, it weighs between 0.14 to 0.32 ounces. Females are bigger and heavier than males.

Where is the Satanic leaf-tailed gecko found?

How long does the Satanic leaf-tailed gecko live?

These lizards can live a surprisingly long time. They’ve been known to have a lifespan of 10 years or more.

Can you touch a Satanic leaf-tailed gecko?

You can touch a Satanic leaf-tailed gecko, but they should be handled rarely and with care. They really don’t like to be touched.