The Shepweiler is an excellent guard dog.

Click through all of our Shepweiler images in the gallery. 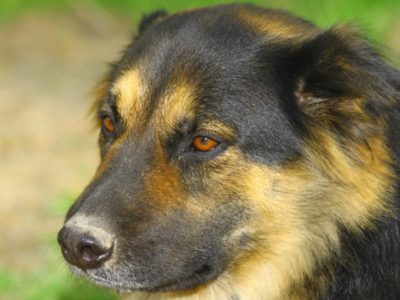 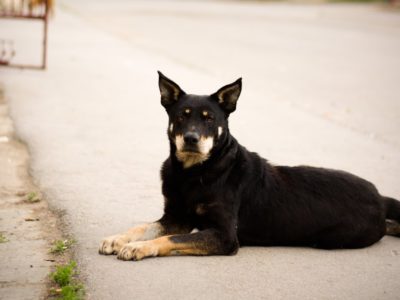 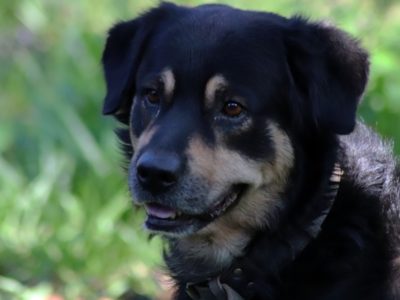 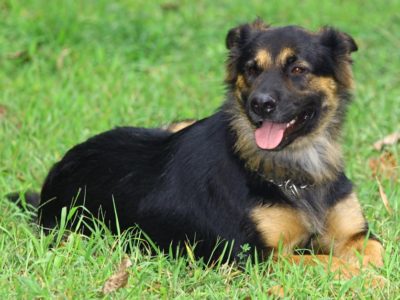 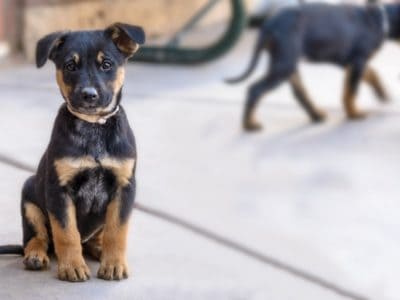 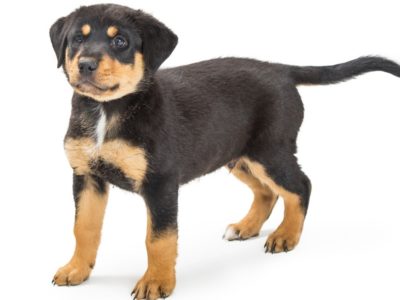 View all of the Shepweiler images!

If you’re looking for a loyal and protective working or guard dog, then you can do no worse than the Shepweiler. This uncommon hybrid is produced from the crossing of two different breeds: the Rottweiler and the German Shepherd. The Rottweiler is a strong and muscular working breed that descended from the ancient Mastiffs. Over the centuries, it has been used to herd livestock, guard homes, and do police and rescue work. The German Shepherd is a muscular and agile herding dog that first arose in the 19th century to wrangle sheep. It later became an excellent watchdog, police dog, and overall service dog.

This crossbreed will inherit many of its parents’ traits, though not in a perfect 50/50 split. Most Shepweilers will have a big, muscular body, long legs, a large muzzle, powerful jaws, blue and/or brown eyes, and droopy ears that sometimes become erect when the dog is particularly attentive. The straight thick coat of fur is usually some combination of black, brown, white, and tan. Red, fawn, and sable are common colors as well. The Shepweiler is usually a first-generation hybrid, but some multi-generation crosses do exist as well.

3 pros and cons of owning a Shepweiler

The Shepweiler is a big dog with a strong and muscular frame. Females are slightly smaller than males on average.

The Shepweiler is a fairly healthy dog with a lifespan of some 10 to 13 years. But just like its two parent breeds, this hybrid may be prone to cataracts, cancer, bloating, autoimmune disorders, hip and elbow problems, skin irritation, hypothyroidism, and a congenital heart defect.

In order to reduce the chances of your dog developing these health problems, it is always important to buy your Shepweiler from high-quality breeders who will screen for common conditions that are known to afflict this type of dog. If necessary, ask the breeders for proof of their dogs’ health. Once you’ve purchased a dog, it is also necessary to have regular checkups at the vet to catch early health problems. In summation, these are the most common health issues of a Shepweiler:

The Shepweiler’s parent breeds both have an unfortunate reputation for exhibiting some aggressive behavior, but this is only the case when the dog is mistreated or not properly trained by a bad owner. If the Shepweiler has undergone proper socialization and obedience training, then it should be very well-behaved and friendly as a fully grown adult.

Health and Entertainment for your Shepweiler

They can be a hard-working, diligent, loving, and self-confident member of the family. Their naturally protective personality makes them excellent guard dogs, and they also have the ability to do all kinds of complex work. The Shepweiler does require plenty of physical and mental stimulation (and may turn annoying if it does not receive that), so they may offer only frustration for busy or negligent owners.

How to Take Care of the Shepweiler

The Shepweiler is a good choice for experienced and diligent owners who have the time and knowledge to train it and care for its considerable needs. First-time or novice owners may struggle with the dog’s tendency to push the boundaries during the training process. If you have any other questions or concerns about the proper way to care for this dog, then you should always consult with your vet.

A fully grown Shepweiler probably needs around 3 to 4 cups of high-protein dry food per day. The exact amount will depend on the dog’s age, size, and activity level. Since this dog may be particularly prone to bloating, it is a good idea to split this into three or four meals per day. Bloating is a very serious condition that can cause the stomach to expand beyond its normal size, which can cause pain and damage. Some dogs may also be allergic to wheat, soy, and corn as well.

As a relatively heavy shedder, the Shepweiler needs to be groomed at least once a week to maintain the proper health of the coat. It is recommended to do at least some light brushing every day with a slicker brush or de-shedder to remove the loose hair as well. Because of its tendency to develop dry and irritated skin, bathing should take place only as needed with a light shampoo when the dog becomes dirty. Other important aspects of the dog’s hygiene include regular nail trimmings, ear cleanings, and teeth brushing.

The Shepweiler is a very smart dog that will follow commands with great proficiency and aplomb. They will benefit enormously from a disciplined training regime. But many owners make the mistake of assuming that these dogs need to be treated with harshness and aggression. This is not the case. While the Shepweiler may have the tendency to push boundaries and test your limits, owners should respond with patience, understanding, and positive reinforcement methods.

You will need to establish the fact that you’re the leader, but don’t react harshly and negatively when it disobeys. Most importantly, you will need to be consistent with your commands. The dog cannot read your mind, and sending mixed signals may just confuse it. If you need help with training at all, then you may want to consult with a professional.

The Shepweiler needs between 60 to 90 minutes of exercise a day, divided into several smaller sessions. This dog should be satisfied with long walks, jogs, hikes, fetching, playtime, and some time to roam around in a park or yard. It may also excel at some complex tricks, tasks, and sports. If the dog’s daily exercise needs are neglected, then it might resort to destructive behavior such as chewing and barking.

In order to become a well-behaved fully grown adult, the Shepweiler needs to begin proper socialization and obedience training within the first few months of its life. Part of this process will entail introducing your puppy to as many new people and situations as possible to counteract some of its natural wariness toward strangers. Shepweiler puppies shouldn’t be too difficult to house train, but a crate may nevertheless be useful if you are experiencing any difficulties. Owners will also need to pay close attention to the puppy’s physical development. Until the dog is fully mature, its joints may be sensitive and frail. Be careful about letting puppies jump around or play on hard surfaces.

Despite its enormous size, the Shepweiler should do well with most children. It is loyal and protective but also sometimes very loving and playful. However, parents may need to be careful about letting this dog unsupervised around smaller children, since its size can be intimidating.

Dogs Similar to the Shepweiler

If the Shepweiler appeal to you, then you might want to check out the following breeds. They have similar physical characteristics, behaviors, and traits.

As a relatively obscure and unknown crossbreed, the Shepweiler does not have a large following. But its two parent breeds, the Rottweiler and German Shepherd, regularly rank among the top 10 most popular dogs in the United States.

Popular Names for the Shepweiler

If you need help coming up with a good Shepweiler name, then you might want to consider the following options:

The Shepweiler is a cross between a Rottweiler and a German Shepherd. The crossbreed’s most appealing qualities are its loyalty, intelligence, and hard-working nature. Physically, this hybrid will combine aspects of both breeds in a somewhat unpredictable manner. It is most likely to have a muscular body, a big muzzle, and dense hair with some combination of black, brown, or red.

Is a German Shepherd Rottweiler mix a good dog?

That depends on what traits you are looking for. Despite the popular belief that this is an aggressive dog, a properly trained Shepweiler should be a friendly companion and loyal protector, although its natural wariness of strangers does make it a good guard dog as well. Potential owners need to be aware, however, that the Shepweiler is no easy dog to care for. It demands plenty of time and attention from its owner.

What is the price of a Shepweiler?

The price of a new Shepweiler should be somewhere between $200 and $1,500 on average. Good breeders will tend to charge more, but the cost is usually worth it since their dogs are carefully screened for health problems. If price is a concern, then you might want to consider adoption from a shelter or rescue place. Adoption is a great way to give a neglected or stray dog a loving and caring home. However, many adoption agencies may not carry the Shepweiler on a regular basis, so you may need to look around in your area first.

How long do Shepweilers live?

The Shepweiler has an average lifespan of about 10 to 13 years.

How big do Shepweilers get?

The Shepweiler is a large dog that can easily grow up to 115 pounds and about two feet at the shoulders.

Yes, the Shepweiler is a fairly heavy shedder. This is not a good choice for people with serious allergies.