Sinosauropteryx were prominent in the Cretaceous and Jurassic periods. 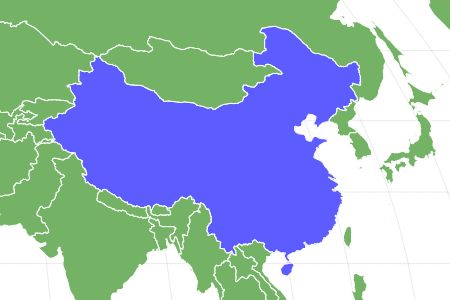 View all of our Sinosauropteryx pictures in the gallery.

View all of the Sinosauropteryx images!

Sinosauropteryx prima is a compsognathid dinosaur. The compsognathidae consists of a family of colelurosaurian theropod creatures. The creatures are small, carnivorous and conservative in form.

The animals were prominent in the Cretaceous and Jurassic periods. They’re bird-like and the theory is they are a link between dinosaur reptiles and modern avians. It’s described as the first dinosaur taxon to likely have had feathers.

Sinosauropteryx is the first non-avialian dinosaur where coloration has been established. Studies have found evidence of a light banded tail and reddish color.

Here is general information about Sinosauropteryx.

Similar anatomically to Compsognathus, Sinosauropteryx differed from its European cousins in its proportions. And while the creature had feathers the animal wasn’t exactly bird-like. The feathers tended to be more thick filaments overlapping each other.

The find was the first of non-avian dinosaurs with a feature-like structure. In a 2010 paper, scientists from the UK and China theorized that Sinosauropteryx likely had ginger-colored feathers and a striped tail.

Diet – What Did Sinosauropteryx Eat?

Over 125 million years ago, Sinosauropteryx prima was a meat-eater. Science theorizes the small dinosaur likely chowed on insects, lizards and smaller mammals. That’s evidenced by the finding of animals fossilized in the stomach of Sinosauropteryx.

Habitat – When and Where Sinosauropteryx Lived

Sinosauropteryx lived in the early Cretaceous period in northeastern China. The dinosaur was one of the first discovered in Liaoning Province’s Yixian Formation. The fossils were dug up by a farmer. The fossils, well-preserved, gave paleontologists a lot of information about the creature.

There are no records of the kind of lifestyle Sinosauropteryx experienced in its time. So, it’s almost all speculation.

Considering its smaller size, it’s likely Sinosauropteryx was prey for any of the larger carnivorous animals running around China during the early Cretaceous period. That includes Alectrosaurus. There’s a likely chance Sinosauropteryx was a potential diet for other small theropods like Gasosaurus.

The Cretaceous is the Phanerozoic Eon’s longest period, spanning 79 million years. That represents more elapses time than the time since the extinction of dinosaurs, which took place at the end of the Phanerozoic.

During the late Early Cretaceous era, China’s environment was arid-semi-arid with warmer climates in the stratum area in the northeast.

Scientists compiled info about the region via the diversity of known plant life, including a range of growth rings and petrified wood. There was the presence of flora dominated by conifers, cycads, ferns and horsetails. These signs indicate a humid climate.

Yet, evidence of growth rings in petrified wood showed humidity and water levels dropped on the regular. That indicates the humid, wet conditions divided their time with dry seasons. Studies of oxygen isotopes imply the average yearly temps at the time was 50 degrees Fahrenheit. That said there were cold winters, possibly a result of northern China’s high latitude at the time.

Discoveries and Fossils – Where Sinosauropteryx was Found

The Sinosauropteryx prima species was uncovered rather recently, considering how long the world has followed the dinosaur with such fascination.

A farmer in China came across the ancient animal in 1996. Li Yumin was also a part-time fossil hunter. He prospected in the Liaoning Province, acquiring fossils to see. After finding two slabs that had a noticeable quality, he sold the pieces to separate Chinese museums.

One of the museums was the National Geological Museum in Beijing. The director of that museum saw how important the discovery was. So did a pair of visitors to the museum, a Canadian paleontologist and an artist, Phil Currie and Michael Skrepnick, respectively.

Extinction – When Did Sinosauropteryx Die Out?

There are a variety of avian-like dinosaurs similar to Sinosauropteryx. Here are several.

When Was Sinosauropteryx Alive?

Based on studies of fossils, it’s believed the Sinosauropteryx period dates back to the early Cretaceous era. That’s 125 million years ago.

How Big Was Sinosauropteryx?

Sinosauropteryx was a small theropod. They were typically around the size of a medium- to large-sized dog. But unlike those canines, Sinosauropteryx weighed only a little over one pound.

There is strong evidence a large majority of theropod dinosaurs had feathers. These creatures are considered predecessors of the bird, a species categorized as dinosaur even today.

It’s believed all dinosaurs may have had forms of communication. They used visual displays and vocalizations that included cracking, bellowing and hooting. 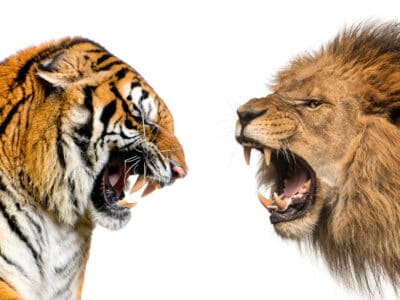