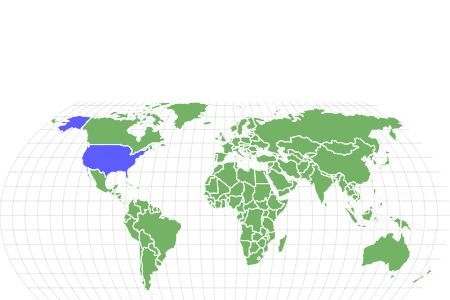 View all of our Worm Snake pictures in the gallery.

View all of the Worm Snake images!

Worm Snakes are small and shy.

If you turn over a flower pot in your garden and see a dark brown little snake of about 8 inches with a pink belly, it’s probably not the baby of a large snake such as a coachwhip but a fully grown worm snake. These snakes get their name because they eat and look somewhat like earthworms, but if you look you’ll see it has a backbone, eyes, and a forked tongue. Though they’re hard to find, there are places where there are more worm snakes than any other type of snake. Read on to learn more about these reptiles.

1. Both species are only found in the United States.

3. The tips of their tails are sharp, but they don’t sting.

5. They are also the favorite food of some other snakes.

Where To Find Worm Snakes

Worm snakes are common in the areas where they live, but they are hard to find because they’re so small and are fossorial, which means they like to burrow underground. The common worm snake and its subspecies are found in the eastern, midwestern and southern states sans Florida while the western worm snake is found in midwest and as far south as northern Louisiana in humid habitats.

The worm snake’s scientific names are Carphophis amoenus for the common worm snake and Carphophis vermis for the western worm snake. Carphophis comes from the Greek words for “straw” or “drying out” which is karphe, and the Greek word for “serpent” which is óphis. Karphe may refer to the snake’s small size which makes them resemble a blade of straw or its tendency to dry out when its skin isn’t kept moist. Amoenus is Latin for “attractive” or “delightful,” and vermis is Latin for “worm.”

There are two subspecies of Carphophis amoenus. They are:

C. vermis has no known subspecies.

The Different Types of Worm Snake

The common worm snake, Carphophis amoenus is found east of the Mississippi River in such states as North Carolina and as far north was the southwestern part of Massachusetts. They appear to be absent from Florida. Its subspecies, Carphophis amoenus amoenus is found from Alabama to southwestern Massachusetts, while C. a. helenae is found in the south and midwest. Again, these snakes do not seem to be found as far south as Florida. The western worm snake, Carphophis vermis is found in the midwest to northern Louisiana, central Tennessee, northeast Texas and eastern Oklahoma. All of these snakes are found in woods and wetland habitats and like to hide beneath fallen leaves, rotting logs or under rocks.

C. a. helenae rarely grows more than 9.8 inches, including its tail and is dark brown dorsally and pink below. C. a. amoenus can grow a bit bigger and can be told from C. a. helenae because the prefrontal and internasal scales on C. a. helenae’s head are fused and those scales in C. a. amoenus are not. The western worm snake differs from these subspecies in that it is black or even purple on top and pink or red below. It has also been seen to grow larger than the eastern worm snake and its subspecies, with the longest recorded specimen being around 15 inches long. All baby worm snakes are darker than adults when they hatch. They can live to be around four years old.

How To Identify Worm Snake: Appearance and Description

Worm Snake Venom: How Dangerous Are They?

Worm snakes are nonvenomous and are not at all dangerous to human beings, though they’ll emit a bad-smelling liquid if they are picked up. The little spike at the end of the tail does not deliver a venomous sting either, though the snake will poke you with it to get out of your grasp. However, if they can get used to being handled they can make good pets.

Though often abundant in places, worm snakes are hard to find because they hide beneath leaf litter, garden pots, rocks and rotting wood. They must stay in habitats with moist soil to keep from drying out, and so they are especially hard to find during the heat of summer. They may be more likely to be seen during the cooler months of early spring and fall in the late afternoon. Rainy days are also good times to look for these snakes. Worm snakes mostly eat earthworms, but they will also eat caterpillars, snails, slugs, and other soft-bodied invertebrates. In turn, they’re preyed upon by birds, opossums, and other snakes. Some end up as roadkill, or their numbers are reduced in some places by habitat destruction.

Though not much is known about their reproduction, worm snakes most likely mate in the spring. Since the female’s belly is translucent, you can actually see the eggs through her skin. She lays the eggs in the summer in abandoned burrows, in decaying wood, or under rocks. The female may guard the eggs or at least stay near them for a while. There are usually two to eight eggs, and they hatch in late summer. Baby worm snakes are much darker than their parents and are about 3 to 4 inches long at birth.

Worm snakes are not venomous.

How do worm snakes hunt?

Worm snakes hunt by picking up the scent of potential prey and following it. Since they are often found underground, much of their diet is made up of earthworms and grubs which they swallow whole.

These little snakes are not at all aggressive and don’t bite. Some people keep them as pets because of this and the fact that they’re nonvenomous.

Where do worm snakes live?

Worm snakes are endemic to the United States. Depending on the species or subspecies, they are found in such places as Missouri, Louisiana, Tennessee, Nebraska and Kansas and Wisconsin to New York and Massachusetts.

What is a worm snake?

A worm snake is a small, smooth-scaled snake that belongs to the Carphophis genus. They are generally dark above and pinkish, reddish or orange below.

They are not poisonous.

Can a worm snake bite you?

A worm snake has many tiny teeth in its jaws, but they are not known to bite.

Worm snakes are not rare at all. Some people have collected dozens of them over a small area in a state where they are found. Their conservation status is least concern. Yet they are hard to find because they like to burrow into the ground and hide.

How big does a worm snake get?

The longest worm snake grew to be around 15 inches long. Most are considerably smaller in size than this. Females, by the way, are larger than males.

The worm snake is small in size, with a slender body and narrow, conical head and a short tail with a spine on the end. It is dark brown or even purple dorsally and paler pink, red or orange ventrally.

What do worm snakes eat?

Worm snakes eat soft-bodied invertebrates, especially earthworms, grubs, slugs, caterpillars and snails. Now and then they might eat a small salamander. The ease of finding the creatures that make up its diet is one of the things that makes the worm snake an easy pet to care for.