Alabama has a varied topography that ranges from steep hills to fertile flatlands, lakes, and rivers. Its coastline on the Gulf of Mexico includes 600 miles of tidal bay and bayou shoreline. Alabama has more than 60 types of natural habitat, including forests, woodlands, wetlands, glades, and prairies. The weather stays warm and humid most of the year, and snowfalls are rare.

Because of its topography and climate, Alabama is one of the most ecologically diverse states in the country. It ranks fifth in the country–and first among states east of the Mississippi–for biodiversity.

There are over 4,500 documented species in Alabama. Among these animals are:

Its rodents include gray squirrels, fox squirrels, chipmunks, and southern flying squirrels. Alabama’s predators include the bobcat, coyote, red fox, and gray fox. Its coastal waters are home to strange fish like the Clymene dolphin (Stenella clymene) and common marine mammals like the killer whale and California sea lion.

One of Alabama’s strange critters is the nine-banded armadillo (Herpailurus yagouaroundi). The state mammal of Texas, this small, armored beast spends its days eating insects and small reptiles.

The Official Animal of Alabama

Alabama’s official state animal is the North American black bear (Ursus americanus). It shares this state mammal with West Virginia. Black bears were once rare in Alabama, but their population has grown in recent years.

Alabama’s official amphibian is the red hills salamander. This strange creature lives in deep forest ravines and can grow 11 inches long. The red hill salamander is threatened because of habitat loss.

Where To Find the Top Wild Animals in Alabama

More than 1 million people visit Alabama each year just to view wildlife and birds. Alabama has dozens of reserves, national parks, and protected natural areas. They are all wonderful places to see the state’s most common animals.

The Most Dangerous Animals in Alabama Today

Brown recluse spider: This tiny spider is mostly found in the northern part of the state. They enjoy warm places like bedding and boxes. Their bite causes intense pain, and their venom can cause tissue death.

Snakes: Alabama has six venomous snake species, including the cottonmouth or water moccasin, which is the only venomous water snake in North America. Fortunately, their bite is not deadly if you get prompt medical attention.

Rice’s whale (Balaenoptera ricei) is a species of baleen whale native to the Gulf of Mexico. It is on the brink of extinction. These whales have not been a target of whaling activity, but they are highly sensitive to ecological disasters, underwater noises from vessel traffic and other human interference.

The Alabama beach mouse (Peromyscus polionotus ammobates) is one of the rarest mouse species in the world. It is found in only a few nature reserves and isolated areas of the state. It is one of the very few mouse species that live in sand dunes. Beach mice are a key part of the coastal dune ecosystem, and thriving mouse populations are a sign of dune health. The state has made protection of these mice one of its top conservation priorities.

The Appalachian cottontail (Sylvilagus obscurus) is found only in northern Alabama and is endangered. The marsh rabbit (Sylvilagus palustris) is also endangered.

Four species of animal once lived in Alabama but no longer occur there. They are the red wolf, cougar, elk and bison.

Alabama is a wonderful place to watch wildlife and spot birds. Its mild weather and diverse habitats have allowed its native species to thrive. Continued conservation efforts will help protect endangered animals that help those ecosystems stay healthy.

What Animals Live in Alabama?

Alabama has a wonderful diversity of animals. It has many of the common North American forest animals, including white-tail deer, opossums, shrews, rodents and foxes. The prairie areas are home to rabbits, snakes and armadillos. Its coastal waters teem with marine mammals, fish and whales. Alabama has many wetlands that are home to shorebirds and alligators.

What Dangerous Animals Live in Alabama?

Alabama has alligators, black bears and wild boars. Although these large predators can be aggressive when provoked, attacks on humans are rare. The most dangerous animals are the state’s venomous snakes and spiders.

What Animal is Alabama Known For?

Alabama is probably best known for Big Al, the elephant mascot of the University of Alabama football team. Big Al appears on the team’s flag and as a costumed mascot at the team’s games. The team, known as the Crimson Tide, has one of the most passionate, devoted fan bases of any college football team in the country.

What Mammals Live in Alabama?

Alabama’s predators include bobcats, coyotes and wolves. Otters, beavers and minks are mammals that live near its rivers and lakes. Beavers were once extinct in Alabama, but they are now plentiful all over the state. Its rodents include groundhogs, squirrels and chipmunks. Marine mammals like sea lions and killer whales inhabit the coastal waters. 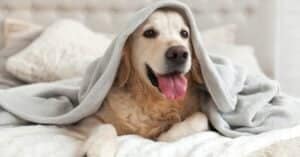