Louisiana is a southeastern state known for its vast swamps and bayous. More than 40% of the U.S.’s wetlands are in Louisiana. The state has rich, fertile soil and lush vegetation. Louisiana has a subtropical climate that features hot, humid summers with frequent rain showers and short, mild winters.

The state has three distinct types of vegetation. There are forests with pine trees, cypresses, and other hardwoods; prairies and dry grasslands; and marshlands dominated by live oaks. Louisiana’s mysterious swamps and bayous have long fascinated travelers and inspired countless myths and legends. These murky waters are home to hundreds of wild animals, including fish, turtles, alligators, snakes, rodents, and fur-bearing mammals like muskrats and beavers.

Louisiana has many animals that are common to southern states, including squirrels, foxes, wolves, and shorebirds. You will find bobcats, catfish, blue crabs, great blue herons, great horned owls, and brown pelicans.

It’s only natural, however, that this mysterious place would produce some unusual and exotic animals. Some of the state’s strange native inhabitants include the gopher tortoise, crayfish, southern leopard frog, and Louisiana pine snake.

One of the rarest animals in the world, the white alligator, is native to Louisiana. White alligators are not albinos. They have a unique condition called leucism that causes loss of pigmentation.

The Official State Animal of Louisiana

The brown pelican is the state’s official animal. With a wingspan of 8 feet, it is the smallest of the pelican species. Pelicans hunt by diving into the sea and catching fish. Brown pelicans were on the endangered species list in 1970, but conservation efforts helped restore their populations.

This bird is an important cultural symbol for the people of Louisiana. A recent news item highlights their importance.

In 2010, a brown pelican tagged “Red 332” was rescued from the Deepwater Horizon oil spill. After cleaning oil from it and rehabilitating it, wildlife experts released the pelican in Brunswick, Georgia. In 2021, the bird was spotted in Louisiana at its old breeding grounds. It traveled 700 miles to return home. To people in Louisiana, this was a harbinger of genuine hope.

Where To Find The Top Wild Animals in Louisiana

The Most Dangerous Animals in Louisiana Today

Tarantula hawk wasp: This large, strange wasp preys on tarantulas by sweeping them up and repeatedly injecting venom into their heads. If that doesn’t scare you, consider that its sting, although rare, is excruciating. Researchers have described the pain as “unrelenting” and as second only to the sting of the bullet ant. The good news is that the pain only lasts a few minutes and does not cause serious damage.

Coral snake: These red-banded snakes have venom potent enough to cause paralysis in an adult human. They like to hide in bushes and shrubs, and they don’t give any warning before they strike.

Louisiana has suffered from environmental damage. Decades of reliance on the petroleum industry caused widespread water pollution. Hurricane Katrina and the Deepwater Horizon oil spill devastated the state’s waters. The oil spill was especially dangerous to brown pelicans. Nearly 6,000 pelicans died in the spill. The state’s human and natural inhabitants have shown resilience in the face of these problems, and Louisiana’s important ecosystems are on the road to recovery.

Louisiana’s wetlands, swamps, and bayous are among the most fascinating and important ecosystems in the country. Despite some setbacks, the state has taken steps to protect its precious natural resources. The dark, mysterious waters of Louisiana’s swamps and wetlands continue to be safe havens for many wild creatures. 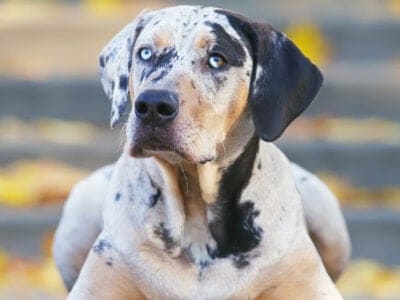 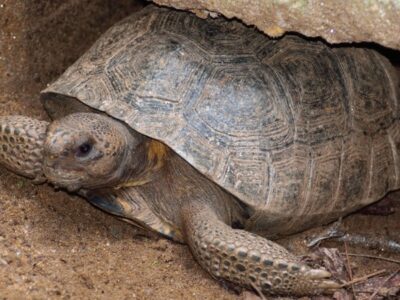 What kind of animals live in Louisiana?

Animals common to most of the southeastern U.S. also live in Louisiana. Its large predators include bobcats, gray wolves, red foxes, and gray foxes. Louisiana has its own fox breed, the Louisiana fox. Louisiana also has a small population of red wolves, the rarest of the canid species. Its small predators include weasels and nutria, and its fur-bearing mammals include rodents, beavers and opossums.

Besides these common animals, Louisiana has many strange, exotic animals, including brown pelicans, southern leopard frogs, and white alligators.

What is the most dangerous animal in Louisiana?

Mosquito: Mosquitoes are everywhere in hot, humid Louisiana. They transmit the West Nile virus, which has caused more deaths than alligators, snakes, and poisonous spiders combined.

What dangerous animals are in Louisiana?

Louisiana has many dangerous animals. It has seven venomous snake species, including rattlesnakes, cottonmouths and coral snakes. It has a healthy population of alligators, which can be deadly if they feel threatened. Attacks on humans are rare, however, and Louisiana has not had any fatal alligator attacks on humans.

What is the most common animal in New Orleans?

City Park in New Orleans is a 1,300-acre wildlife preserve that is home to birds, wood ducks, turtles, and alligators. It has a fishing lake and a 60-acre bird sanctuary. Pelicans are the most common birds you will see in the city.

What animals live on the Louisiana bayou?

The bayou is home to alligators, snakes and shorebirds. It also provides habitat for fur-bearing mammals, including beavers, otters, squirrels, muskrats and weasels. Tortoises and frogs also live in the bayou.