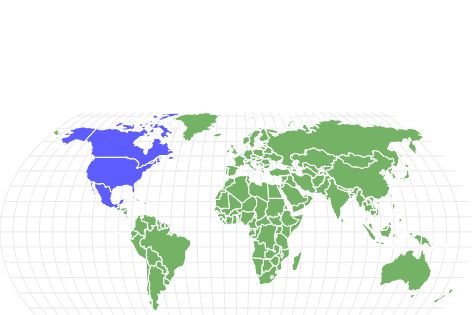 View all of our Writing Spider pictures in the gallery.

View all of the Writing Spider images!

“Writing spiders can pluck webs like guitar strings to communicate with a mate. Almost like, they are playing songs to get their attention. “

The writing spider is a mostly passive carnivorous pest that is as shy as it is small. It feasts on smaller pests like Aphids, flies, mosquitos, and gnats. While their bite is similar to that of a bee sting, it can be dangerous for individuals with a weaker immune system.

Writing spiders are one of 88 species of Argiope spiders that include the Argiope bruennichi and the Argiope anasuja. The common factor that lies throughout the genus of these spiders is the markings that they have on their abdomen. These spiders exist throughout multiple countries across the world, and are especially prevalent in most tropical countries.

Writing spiders, also known as garden spiders, belong to the Araneidae family, which spin these unique orb webs. There are more than 3,000 species of Araneidae in various countries, as they come in a variety of sizes and patterns.

Female spiders keep a single web in places that they are less likely to move, mainly due to their poor vision. They are easily recognizable thanks to their yellow and black markings throughout the lower abdomen.

Writing spiders tend to stand out when compared to others even in their genus. Their yellow and black markings instantly stand out, providing visual clues for their distinct appearance. On the other hand, they also spin unique zigzag webs, which is also one of their recognizable characteristics.

Writing Spiders rarely leave their webs, spinning one in a place where they will experience the least disturbance. Due to their weak eyesight, they rely on their sensitive touch and changes in air pressure to “see.” Even male spiders make their presence to female spiders known by strumming their webs to create specific vibrations.

The female yellow garden spiders can be as big as 1.2 inches, while male spiders are usually less than 0.6 centimeters in size. Female spiders will also have the characteristic yellow bands and silver-looking hairs on their body. The wasp spider also looks very similar to the writing spiders, with the main difference being that the former has black and yellow stripes running horizontally throughout the body.

This species of spider can be very passive and only really attack when provoked. Similar to common house spiders, writing spiders can make their webs in various corners of a home. They can be very shy and rarely ever seek out people to harm. Therefore, they can usually co-exist with humans, as long as no one touches their web. Other common places where you can find these spiders include bushes, shrubs, and gardens, where they find most of their prey.

These spiders usually exist in woodlands, grassy hillsides, and near bodies of water. They are also very popular in places where two distinct habitats meet, specifically those that they feast on. These types of unique habitats prove to be very beneficial, as they rarely have to leave.

Writing spiders can have many predators out in the wild. Some can include spider wasps and shrews along with lizards and birds. Humans can also be predators for these writing spiders, even if they do not consume them after.

What do Writing Spiders Eat?

Unlike hunting spiders like the wolf spider, writing spiders spend most of their time on their webs. They do not go out and hunt for food it instead comes to them. Female spiders will even consume their mates after reproducing.

Prevention: How to get rid of Writing Spiders

Writing spiders and humans can peacefully coexist, especially since they usually build their webs where you go the least. But if you wish that they would leave your house, you can easily get them out by removing their source of food.

The food you eat can usually attract insects like ants or flies, which can attract these spiders. Keeping your house clean and getting rid of food residue can be a good way to ensure they stay away from your home. You can also peacefully relocate the spider by trapping them in a jar and releasing them in some bushes.

Another good way to relocate them is by tearing down their web once or twice. If they feel like they are not safe in a specific location, they will move. Peppermint spray can be an effective deterrent as well.

Writing spiders mostly reside in shrubbery and gardens, where they can catch plenty of prey. However, their choice of habitat can also put them into proximity with their predators. Juvenile writing spiders usually fall prey to jumping spiders and bigger garden spiders fall prey to spider wasps.

Interestingly, jumping spiders can also fall prey to bigger writing spiders when trapped in their web. Birds are also a common threat to these spiders, as they can easily pick out the spiders from the shrubbery.

Mating between writing spiders is usually quick, as the male spider plucks the web of a female spider to get her attention. The male also attaches a web to a separate surface, so that it can make a quick escape if the female tries to attack. If the female accepts the mate, the male will have an uncontrollable seizure after copulation. The male dies shortly after and the female later consumes him.

Female writing spiders will usually mate in the spring or in the fall, which is also when they create a sac for their eggs. They are capable of producing up to 1,400 eggs with a single mate, which will usually hatch in 60 to 90 days. If the female is mated in spring, the eggs will hatch in the summer, but if she mated in fall, the spiders will continue to nestle in the sac until spring comes.

Male writing spiders rarely ever live for more than a few months. Since they mate when they die, they rarely live long. On the other hand, female garden spiders can survive for many years if they mate in the spring. But if they mate in the fall, they usually die after during the first major frost of the season.

The population of this writing spider is currently stable, and they are abundant throughout the US, Canada, and Mexico. According to the National Wildlife Federation, these spiders are widespread and their populations are stable.

Writing spiders are not dangerous and are very shy. They rarely leave their web or attack, unless provoked. Their bite is similar to a bee sting, and their venom is not very harmful.

How Many Legs do Writing Spiders have?

Both male and female writing spiders have eight legs.

How do you identify Writing Spiders?

Writing spiders are easy to identify thanks to their yellow and black markings, as well as the special types of web that they spin.

How to Get Rid of Writing Spiders

Breaking down their webs multiple times and using peppermint spray

What are writing Spiders good for?

They can be beneficial in a garden, as they keep other pests in control. Moths, aphids, mosquitoes, and bees are just some of the pests they will eat.

Why are they Called Writing Spiders?

The zigzag patterns they make on their web look like writings, giving them the name: writing spiders.

What are the similarities and differences between Joro spiders and writing spiders?

Joro spiders are both similar and different to writing spiders in some ways. Some differences are body size, web size, location, food choice, etc. Some of the similarities are how they get their food and their harmfulness to humans.