Are Wolf Spiders Poisonous or Dangerous?

Wolf spiders do not exactly look like wolves, but they hunt like one. These hairy arachnids set themselves apart from other spider species as they lack the common ability to spin webs that trap prey.

They, however, track, hunt, chase, and pounce on their prey like wolves and paralyze them with their venom. But are wolf spiders poisonous or dangerous?

The wolf spider’s venom is specifically designed for their food, often small insects, but is not poisonous for human beings. Wolf spiders generally do not pose a threat to humans. Are wolf spiders poisonous at all? No, because they are venomous creatures. That’s bad enough.

When hungry, they may be ferocious hunters, but wolf spiders only bite humans when provoked.

Generally, wolf spiders are not aggressive to humans unless threatened. Wolf spider venom possesses low levels of neurotoxic action, which lessens the damage of their bites on human skin. A wolf spider’s bite can be painful, but it can be no more dangerous than a bee sting.

Wolf spider bites are similar to typical bug bites, leaving an itchy and swollen red bump. This spider bite normally goes away after a few days, but you may need medical attention once you develop some symptoms of allergic reactions.

Wolf spiders can grow up to 1.5 inches in size, with hairs reaching 35 mm. Wolf spiders are easily mistaken for brown recluse spiders because of their similar characteristics. They might appear mighty and aggressive, but more often than not, their initial impulse upon human interaction is to retreat. However, if they are trapped or confronted, there is a tendency for them to fight back and bite.

Are Wolf Spiders Dangerous to Humans?

Wolf spiders do not pose much of a threat to humans, but once they bite, it can sting and even cause allergic reactions. They can be found in almost all continents except Antarctica, but since they are naturally shy and introverted, the chances of encountering them are rare. Wolf spiders contain venom that can paralyze their insect prey but is not enough to harm humans. However, their bite can still sting and leave a visible mark on human skin for a few days.

There is no reason for healthy adults to be frightened of a wolf spider’s bite. Their bite can create a painful sting, but it usually only leaves a reddish, swollen bump that will remain itchy for a few days. Their venom is generally not harmful to humans, yet, some individuals may develop allergic reactions against their venom. Sensitive immune systems can negatively react to the bite and may need immediate medical attention.

Some allergic reactions to a wolf spider’s bite include a red line extending from the bite wound. This red line can indicate a blood infection. A wolf spider’s bite usually never grows larger than a bug bite, but if the size of the bump increases and starts to look like hives, it might be a sign of an infection. Another indicator of allergic reactions is a swollen face, difficulties in breathing, elevated heart rate, and dizziness.

There are instances when you may accidentally threaten a wolf spider and get bitten as a result. You should treat a wolf spider bite the way you often would on any insect bite –gentle cleaning with warm soap and water and covering the bite with clean bandages to avoid infections.

So, are wolf spiders poisonous? Though it is possible to develop some allergic reactions to a wolf spider bite due to its venom, the venom itself is not poisonous to humans. The wolf spider is considered one of the deadliest spider species in the world due to its paralyzing venom. However, this venom only has a dangerous effect on insects and other small animals. The wolf spider’s bite is not dangerous, but you still might want to avoid contact because their bite can sting.

When they bite, the wolf spider’s huge fangs penetrate through human skin and leave a physical trauma evident on the bite wound. The wolf spider’s venom causes the site of the bite to feel itchy, while the sharp fangs cause the painful sting like that of a bee. Most victims panic upon getting bitten by a wolf spider, especially after seeing the spider’s intimidating appearance. What can make them more terrifying is that female wolf spiders often carry hundreds of spiderlings latched onto their backs!

Are Wolf Spiders Dangerous to Dogs and Cats?

Wolf spiders are dangerous and poisonous to animals, even pets such as dogs and cats. A wolf spider’s venom can be fatal for dogs and cats if not treated quickly enough. However, keep in mind that their venom has been adapted mostly for paralyzing lesser prey such as insects and small animals such as frogs or rodents. Technically, the smaller the animal is, the stronger the effect of the wolf spider bite would be. That being said, smaller pets can suffer more severe consequences from their bites.

Having your pet dog or cat bitten by a wolf spider is not common, as both animals usually stay out of each other’s way. Wolf spiders will normally stay away from house pets as they may be intimidated by their size. However, curious dogs can sometimes poke their noses at the wolf spider, and cats might even hunt them down as a form of play. Dogs bitten by wolf spiders may experience symptoms such as diarrhea, itching, trembling, and restlessness.

How to Avoid Wolf Spider Bites

Wolf spiders will keep out of your way as much as possible, but once they feel threatened or cornered, their first line of defense is their bite. However, it is quite difficult to know when they are around, leading to people unintentionally trapping wolf spiders. Your home can be a nesting ground for wolf spiders, so making sure that your home spaces are clean and clutter-free is a first step in keeping them away. You should also refrain from touching or picking a wolf spider up, and more importantly, refrain from squishing them as hundreds of spiderlings from their backs might crawl away, causing more bites. 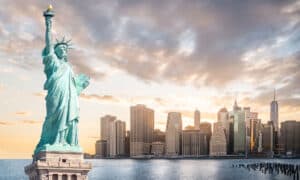