It is estimated that humans domesticated ferrets around 2,500 years ago, which is what the common ferret is a product of. Domestic ferrets are related to the European polecat and the black-footed ferret.

It is uncertain why humans domesticated ferrets, but it may have involved hunting. Wild ferrets are known for hunting rabbits and rodents. It is believed that hunters used ferrets to chase rabbits into nets for easy capturing.

Domestic ferrets can be found in every region of the world, except Antarctica. The black-footed ferret is still around, but it is North America’s sole native ferret and one of the continent’s rarest and most endangered mammals.

Do you think the ferret’s wild or domesticated status affects its life expectancy? Keep reading to find out!

How Long Do Ferrets Live?

Although one ferret was said to have lived 14 years, the normal lifespan of ferrets is between 5 and 10 years. Ferrets that are bred rather than purchased from a pet store are more likely to live longer lives.

Ferrets are curious and social animals, so if you are considering adopting a ferret, considering buying a pair. It is also not recommended to adopt ferrets with small children in the home as they can be aggressive if handled inappropriately or dropped.

Similar to a cat, ferrets sleep about 20 hours a day, but when they are active, they are playful and fun loving pets. They love to bounce and play and may invite you to play with them. They love to crawl through boxes and tunnels and explore.

Common ferrets can live up to a dozen years as pets, however, most common ferrets only live six to eight years. The yellowish-white fur and reddish-pink eyes of the common ferret set it apart from other species.

The common ferret is slightly smaller than the polecat, measuring 51 cm (20 inches) in length, with a 13 cm tail included. It weighs on average two pounds.

With the help of recovery partners and experts, they are applying innovative genetic research to improve the wild ferret population and survival.

Though its coat is like the common ferret, it has a distinctive black mask over its eyes and brownish-black patterns on its paws and tail tip that distinguish it from the latter species.

On display at Fort Collins Museum of Discovery, a twelve-year-old black-footed ferret named Two Bit has been deemed the oldest ferret in captivity. According to the National Black-footed Ferret Conservation Center, Two-Bit is the oldest living ferret to date.

During the day, you’ll see Two-bit napping in her underground enclosure. The greatest time to catch Two-bit in action is at night when ferrets are most active, so don’t forget to keep an eye out for her!

Check out the live cameras at blackfootedferret.org/ferret-cams/ to see her in action!

A variety of variables can affect the lifespan of a ferret, including:

In contrast to ferrets that have an excellent quality of life and are well-adjusted to their family, those who live in stressful situations or who spend most of their waking hours in cages are more likely to die young.

Domestic ferrets also benefit from a well-balanced diet. For ferrets to be healthy, they must eat a high-protein, low-carbohydrate diet.

The American Ferret Association recommends feeding a wet cat or dog food containing at least 36% protein to ferrets, which may be purchased at pet stores.

Canine distemper, rabies, and the Aleutian disease virus can all kill ferrets. Aleutian sickness virus is a ferret’s version of a cold. Adrenal and pancreatic issues in ferrets can reduce life expectancy if not managed properly.

How Can I Help My Ferret Live Longer?

Common ferrets are popular as pets and in veterinary research. They become tame, playful, and curious when captive. Despite their adaptability, common ferrets are domesticated and dependent on humans for survival. They often perish if left in the wild.

Have a domesticated or common ferret and want to help it live longer? For your ferret, here are some suggestions:

Study the Breeder and Ferret History

Genetics plays a key role in ferret longevity. To preserve your ferret’s longevity, investigate its origins. Don’t buy a ferret unless the merchant can tell you about the relatives and let you oversee the ferret first.

Also, keep in mind that a ferret’s personality can be shaped during the first three months of life when it is still with the breeder. Never buy a ferret from a breeder who has over three litters every year. No one can watch every ferret, and the risk of a feral ferret is too high.

Keeping a ferret healthy and happy requires plenty of room to run about and play. Make sure it stays in a hazard-free, secure, and protected environment free of unsafe objects such as toxic plants or electric wires. Make sure the space is warm, dry, and adequately aired with no drafts.

Ferrets are obligate carnivores, and their diets are usually limited to meat. It is common for them to prey on and eat whole animals, including anything from raw meat and bones to digested vegetative materials.

Quality, ferret-formulated food that is strong in protein is essential to your ferret’s general health. Food for ferrets is rich in protein and lipids that are derived from fresh, meaty sources. Feed your ferret a variety of healthy and nutritious ferret foods found at local pet stores to keep them active and healthy.

Emotional well-being is just as vital as physical wellness for any animal. Keeping your ferret healthy requires mental stimulation such as toys, human engagement, and interaction with other animals. Make sure your ferret gets plenty of supervised playtimes, as well as plenty of time outside of their cages; at least four hours per day.

Yes, ferrets should be administered a ferret-specific vaccine every year. Veterinary appointments, vaccines, and diagnostic testing (blood and urine tests, x-rays) must be kept up to date as directed by your veterinarian.

As your ferrets age, they may be more prone to dental problems, as well as adrenal disease and lymphoma. Dental cleanings and frequent health checks are critical factors to their longevity.

To keep your female ferret healthy, spay her. Unspayed females have high estrogen levels, which cause anemia, and eventual death. Boys don’t have this issue, but you should still neuter them. 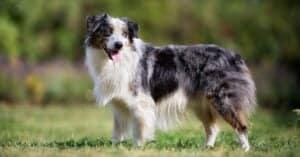