Rabbits and hares are two members of the Leporidae family, and both of these small mammals look a lot alike. They’re skittish, fast, and have big legs and ears. Although many similarities between them exist, they are both distinct animals with a lot of differences.

Many of us have heard of the tortoise and the hare from Aesop’s fables or perhaps the term wild hare in reference to hunting, and in those instances we just think about rabbits because we didn’t know that there are actual differences in the the two (hare vs. rabbit). But as we discover more, it will actually help paint a clearer picture of those characteristics in which make the hare even more understandable in the fables and even more challenging to hunt as prey.

In this article, we’re going to answer two important questions. What are the differences between a hare vs rabbit? Also, are hares faster than rabbits? We’ll get to the bottom of these questions so you can tell them apart and know which animal is the true speedster!

Comparing a Hare and a Rabbit

The Key Differences Between Hare vs Rabbit

The greatest differences between a hare vs rabbit include their size, morphology, and sociability. Hares are larger and weigh more than rabbits. Hares have longer legs and longer ears than rabbits, and both of these features help the hare stay safe in its unique habitat.

Rabbits are highly social animals that live in small groups and often build warrens with other rabbits in which to live. However, hares are not social creatures. They prefer to live and nest alone unless it is their breeding season, the only time of year in which they can be found living together.

These unique traits define the differences between hares vs rabbits, but we need to take a closer look at each animal.

Hares are larger than rabbits, weighing more and growing larger than them. Hares can reach up to 28 inches long and weigh up to 12lbs, while the average wild rabbit weighs up to 6.6lbs and grows up to a length of 17 inches.

However, some pet rabbits can get significantly larger than this, such as the Flemish giant, a breed that can weigh 18lbs!

Among the greatest differences between hares and rabbits is their morphology, specifically their legs and ears. Hares have longer legs and larger ears than rabbits. Rabbits appear smaller and stockier since they have smaller legs, leading to a body that is not very high off the ground when resting.

Hares’ ears are also larger, and it’s believed they use those ears to detect prey in their unique habitats that are far more open than those rabbits inhabit.

Hares are faster than rabbits, reaching speeds of 45 mph at their top speed. Most rabbit breeds can only run about 25 mph.

Hares are known for changing their color significantly throughout their yearly molting process, but rabbits barely change their color. For example, the arctic hare has dark hare throughout the summer and fall, but their winter molt results in a white appearance.

Rabbits also molt, but they do not undergo such vast changes in their fur’s color. Not every hare has such a distinct transformation, though.

Hares are not social creatures like rabbits. You’ll often find rabbits living in small groups with others outside of their breeding season. However, hares are usually loners that only live with other hares during the breeding season at the end of winter.

Interestingly, the hare’s lack of sociability is reflected in their choice of homes.

Hare vs Rabbit: Choice of Homes

Rabbits live in burrows that they steal from other creatures or in large warrens underground. These massive, complex systems of burrows keep them safe from predators and give them multiple ways to exit the ground to safety.

Hares tend to live above ground, and they often make very rudimentary nests in which to live. Sometimes, they will inhabit tree hollows that were abandoned by other animals. Since they do not need to house several other members of their species, they can afford to live in a greater variety of areas.

Hares live in a wide variety of different habitats, and all of them tend to be less protected than those areas chosen by rabbits. You’ll find hares in open areas on the edge of wooded areas and arid scrublands. Hares tend to eat harder parts of plants, so they can live in drier parts of the world.

However, rabbits prefer to live in places rife with trees and bushes to which they can flee. As a result, rabbits eat softer plant parts, vegetables, and fruit. Hares and rabbits do have habitats that overlap in some parts of the world, though.

Hare vs Rabbit: Which One is Faster?

Hares are faster than rabbits. The cape hare can run up to 45 mph, but the European rabbit averages about 25 mph. Rabbits only need their speed to reach the safety and cover of tall grass, trees, and other overgrowths.

Hares will attempt to simply outrun any predators that come their way. In many cases, they’re much too fast to catch for most creatures. They are far from immune to predation, though. Owls, avian raptors, and cunning ambush predators can capture both hares and rabbits before they have a chance to hit their top speeds.

Hares and rabbits have many similarities, but their differences are just as significant and numerous. Their bodies, habitats, choice of homes, and speed all illuminate the distinctions between these creatures. 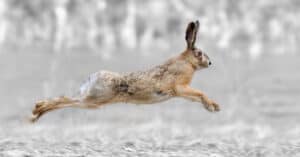 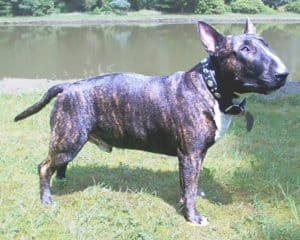 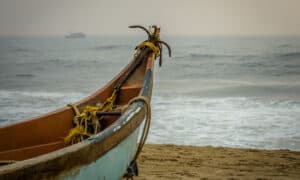 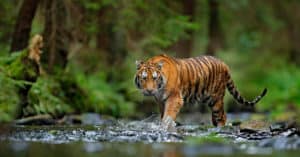 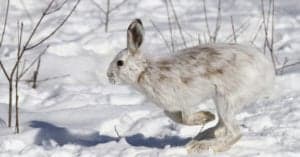